Please, Don't Be a "Foodie"

Wait, how old are you again? 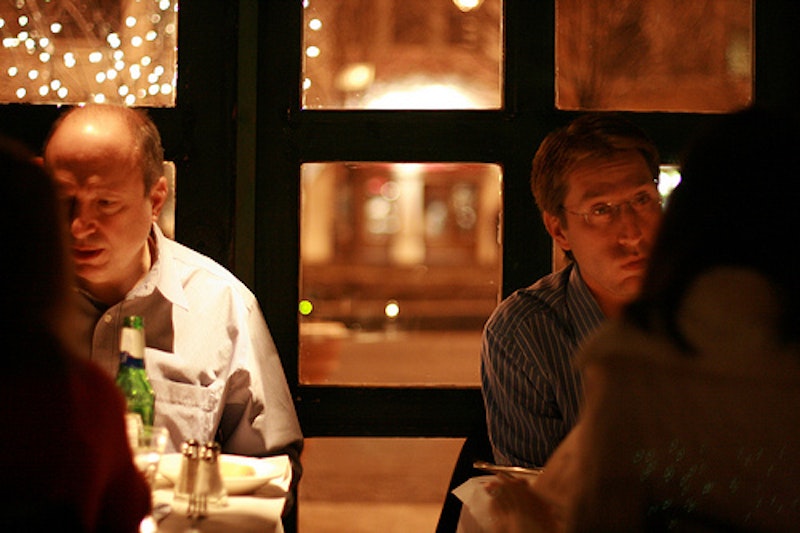 “I’m a foodie.” Actual people have actually said this. Adults. To me. In all seriousness, in casual conversation. The same way that I might tell you that “I drive a Nissan Versa.” The difference is that there is nothing inherently troubling about the phrase “I drive a Nissan Versa,” while the phrase “I’m a foodie” is embarrassing on a variety of levels.

A lot of the problem, honestly, is the suffix, the “-ie”—and its immediate association with juvenilia. Read along with me: “dookie,” “footies,” “booties.” Or like if your name was Doug, and you were six, maybe grandma would go around calling you “Dougie” and pinching your cheeks, until you grew up a little and shut that shit down for good. At a certain age, a default switch should automatically flip, causing these words to recede to the musty, abandoned sub-basement of one’s vocabulary—never to emerge, unless one becomes a parent, a kindergarten teacher, or both. “Footsie” stands alone, perhaps, as an exception to this rule, but even thinking that word in a sentence feels less than dignified.

While the roots of “foodie” as a food enthusiast’s descriptor date back to the mid-1980s, I’m reminded of the “geek” trend of a couple years back, where people who liked to take photographs branded themselves as “photo geeks” and people who enjoyed quilting were suddenly “quilting geeks,” and so on, as if by preemptively taking the piss out of a beloved pastime the speaker could represent himself or herself as something less than “serious” or attached to a pursuit in a way so meaningful as to be shackled. In other words, if self-identifying as a “gourmet” is akin to being married,” “foodies” are swinging singles, or something. It’s like saying “I enjoy trying all kinds of food wherever I go, but I’m not catholic about it or anything”—committing without committing, if you like.

The disingenuousness of this approach to personal advertisement is outmatched by the larger culture’s incessant desire to invent memes—or bandwagon existing ones into the lexicon if all else fails—and nail-gun them into the national conversation. Forget “foodie,” or “gourmet.” “I live to eat!” a good friend told me once, and I understood what she was saying, and that was enough.