This American Life Takes on "I Was So High..." Stories 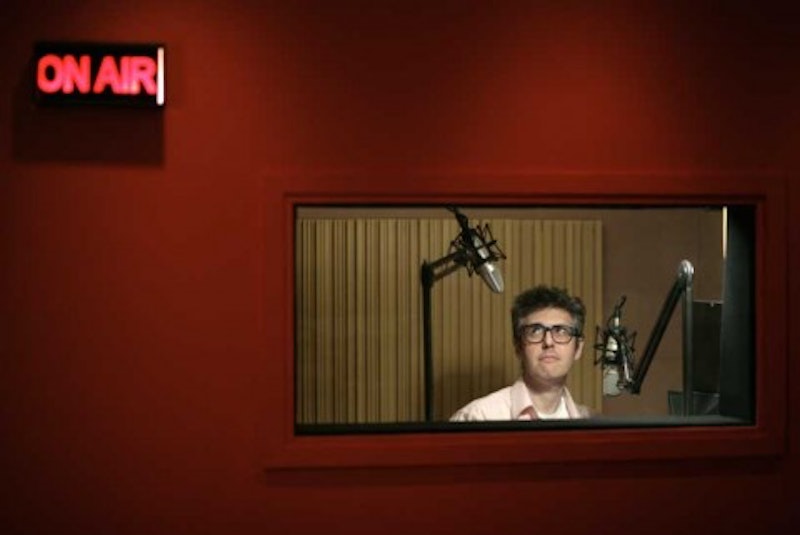 A couple of days ago I finally got around to listening to last weekend’s episode of This American Life, “I Was So High.” I’m an infrequent listener to TAL at this point, but a friend had sent me the press release about a month ago, in which the staff of TAL asked listeners to send in their best “I was so high…” stories, “about a time when you, or a friend, relative, spouse, parent, co-worker etc., happened to be high and went through something that they'll never forget and maybe even learned something from.” It’s a genre TAL staff found out is actually incredibly boring. Listeners sent about 2,600 emails. “Were they funny?” asks Ira Glass. “They weren’t that funny,” TAL contributor Elna Baker admits. “…they don’t stand up unless you either know the person or were there, or if you were on drugs at the time, it was funny to you.” Which reminds me of the Dave Attell joke from Shanks For the Memories about why there’s no famous “pothead writers,” because no one wants to read “500 pages on why if you put a hat and glasses on a dog it looks like he could drive a truck.”

On my recent trip to Savannah I spent the better part of the drive down listening to old TAL episodes, and they do some amazing work sometimes, like last year’s “Dr. Gilmer and Mr. Hyde,” which tells the story of a small town doctor who kills his father, an hour of radio that’s so captivating I dare you to try turning it off halfway through. “I Was So High,” however, is an incredibly weak episode, with Marc Maron’s reminiscences the only worthwhile segment, and I think that’s just because I could listen to Maron talk about anything.

The episode starts with producer Sean Cole’s rather unshocking realization that most of the bartenders at a Toronto bar he used to frequent use coke on the job. Really, bartenders on coke? “How did I not notice?” asks Cole. To which there’s really only one answer: you’ve never done coke. If you had you’d realize it’s really not that big of a deal—or that fun. As Chuck Klosterman once put it, “It makes you feel like you’re walking down the street—minding your own business—and the smartest, most attractive person you’ve ever met suddenly jumps out from behind a bush and gives you a compliment. This sensation lasts between 16 and 21 minutes…” Cole then goes on rank professions with the most drug use, based on a recent survey from the Department of Health and Human Services. Top of the list? Accommodation and food services (about one in six). “That would include,” Glass asks, “dare I say, bartenders?”

Most of the rest of the episode is equally mundane. Act 2 features a story from Alex Blumberg about his dad, who used to smoke pot every day for all the expected reasons: he was a former hippie, who had married, had kids, and taken a corporate job, which he found very, very boring. “Why do you think you were getting high every day at work?” Blumberg asks him. His dad thinks. “Uh, I think I was getting high because I didn’t really feel that marketing was a worthwhile thing to do.”

Act 3 is taken directly from one of Wyatt Cenac’s stand-up routines, a dinky five minute-story about the first pot brownie he ever ate, and since I can’t find it anywhere else online I have to assume it’s an early promotion for an upcoming album. I guess that works out for both Cenac and TAL—anyone who’s a fan of Cenac will probably look up his segment, I’ve just never thought he was all that funny. Still it fits better than the last five minutes of the episode (Act 5), which is just audio from a recent Congressional hearing in which Rep. Steve Cohen from Tennessee lays into DEA Deputy Administrator Thomas Harrigan over his remarks that pot “insults our common values.” It’s a fascinating back-and-forth—and good for Cohen for talking legalization and sensible drug policy—but it doesn’t serve much purpose in a show about “I was so high…” stories.

But leave it to Marc Maron to redeem the episode. Maron (Act 4) starts off with a story about taking mushrooms at a Jerry Garcia concert, and then tries to deconstruct the “mythology” of the “drug adventurer.” “I think that was something that the '60s was sort of built on,” Maron says. “Creativity and art” too, “that there was struggle and torment…” Maron joined a 12-step program some 15 years ago, but he remembers plenty of late night parties with pot and coke and psychedelics. “Did you feel superior to people who weren’t doing drugs?” Glass asks. “I felt like I had a secret,” Maron says. “…like, oh man, I’m so glad I’m seeing this like I’m seeing it.” Maron tells a story about a friend who came to visit him in LA so many years ago. They stayed up late, on drugs, talking, listening to music, and at one point Maron says, “This is amazing, man! Nobody lives like this! We’re living!” Later, his friend sent him a letter: “I don’t know if you know this, but nobody would really want to live like that.” Which says so much about why it’s hard to tell a good “I was so high…” story. So often nothing happens, and really you’re lucky that way, because so often it just ends sad. “I don’t regret the times I did drugs,” Maron says. "...Some of those times were great times... am I happy that it didn't drag me down the hole? And hurt a lot of other people? And make me sick in a way that I could not get better or even die? I'm happy about that. But I am also thrilled that I had some of the experiences I did. And that's the two sides of it."