Another casualty of modern life. 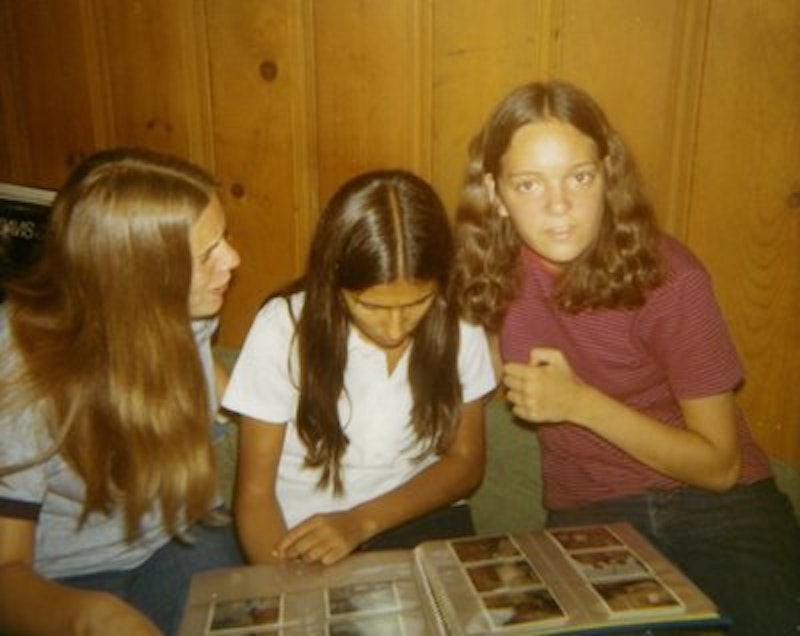 The other day my son Booker asked if I had any of my now-anachronistic still cameras stored in a closet or desk drawer. He’s planning on taking a photography class and wants to go the old-school route: honestly, I had to think about it, it’s been so long since I used any of them. Eventually, I located two well-used cameras, handed them over, and wondered if there’s any store that still sells film or develops pictures. Nothing you can do about it, but the domination of digital photography—at least for amateur shutterbugs like myself—mostly from cell phones, has all but eliminated a staple of family life: the photo album. Oh, I still snap occasionally on my iPhone, but rarely look at the results more than once and certainly don’t go to the trouble of having them printed. It’s a pain in the neck. I don’t think my regret is uncommon, at least among people who were born before 1980. Just as Christmas cards, stamp collecting, amassing baseball cards (for fun, not profit) and picking up coins on the street have faded from the culture, so has the compilation of physical photographs; you know, images that aren’t perishable. (Some people have huge picture galleries on Facebook, but that strikes me as a holding-pattern.)

When my mom passed away in 1983, and my brothers and I rummaged through the contents of her house, the boxes of old photos in the cellar held the most interest, and we divvied them up. I’m glad I have them: pictures of my grandparents from the early 20th century, my parents, aunts and uncles when they were young are really priceless. Almost none taken before 1955 are in color, which is the reason I’ve never seen my father with his youthful red hair. Three of my brothers are redheads (or were), so it runs in the family, but by the time I came around, Dad’s hair had turned brown/gray. I know that his nickname at the University of New Hampshire in the 1930s was “Red” (about as original as “Smitty”), but it was lost on me.

Like a lot of kids I had a cheapo camera as a teenager and used it often (the photo above, of my high school friends Hazel, Ruthe and Elena, looking through an album of my work, was taken with a $9.95 model and it worked pretty well) until my dad splurged on a complicated Nikon in 1971 and we figured it out together. When he died the following year, I inherited the camera, which I took everywhere, strapped around my neck, and used several times a week, until my college newspaper office in Baltimore was burglarized, and there went the Nikon. I didn’t have the money to replace it at the time, but my colleagues Jennifer Bishop and Joachim Blunck, who shot for the Hopkins News-Letter and then City Paper, often gave me copies of photos they’d taken. The walls of my college and weekly newspapers offices were messily crammed with pictures, “Nancy” and “Herman” comic strips and print clippings.

Another reason I’m reminded of photos is that it’s Mother’s Day weekend. When our sons were small, every year I’d spend the week prior to the occasion painstakingly choosing among the hundreds of snaps I’d taken during the preceding year and a collection was always my wife’s favorite gift (aside, of course, from art projects the little princes brought home from the Browning School in Manhattan). The first two years, I bought incredibly fusty but gorgeous photo albums from Asprey on the Upper East Side. Trouble was, these were really time-intensive, as you had to paste four individual corners to fit the picture in. In subsequent years, I went the leather-bound route, where the shots could be simply slid in. So, by now, we have a bunch of these well-preserved moments in time kept in the house, and eventually the boys will inherit them, and probably show them to their own children, who’ll marvel that anyone ever went to such trouble.

This isn’t a stop-the-world-I-want-to-get-off rant, just a subjective observation from a man in later middle-age who’s ticking off the staples from an earlier time that have bitten the dust. It won’t be long, I suppose, before physical currency will be outdated, too—although the death of the penny still hasn’t occurred—since almost everyone pays for even a cup of coffee with a credit card. That smells like trouble to me… but the photo album’s nearly-complete demise is enough nostalgia to hold my attention right now.