The Perverse Power of Tampon Advertising

I can’t dislodge the O.B. jingle from my memory. 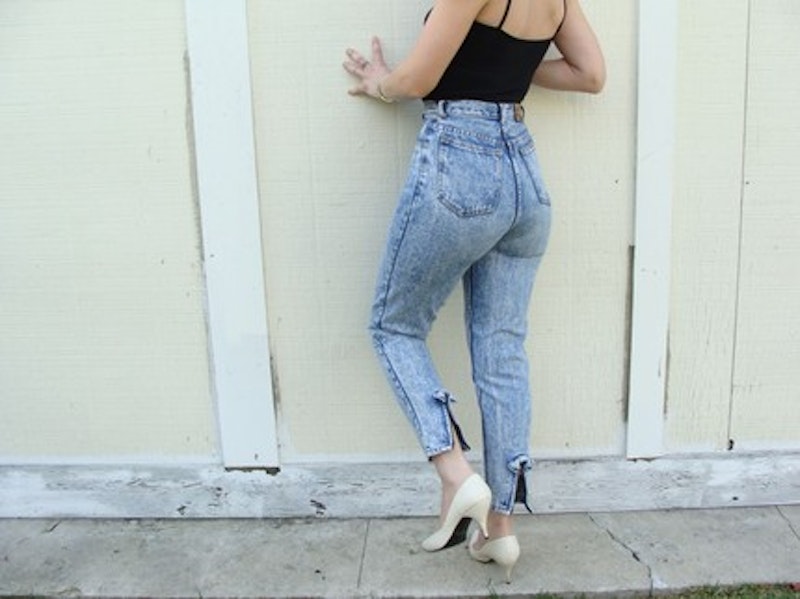 There was the stone-washed jean jacket I wore everywhere. The comic books I bought. The various crushes I nurtured. The summer job at Villa Julie. The trips to Free Spirit and stints at the Towson YMCA. Most of the rest of my pre-teen life—some of the worst years ever, really—blurs together unconvincingly. Even the commercials, except for the O.B. jingle.

After school, I watched a great deal of television that I can't even begin to remember now, which is fine, except that somehow I can't forget the O.B. jingle. I could hum it to you, or sing the lyrics in an unconvincingly precocious high-range while affecting an expression of purest bershon. The melody's fanciful without being particular dainty, no-nonsense without veering into explicit anatomy-lesson detail.

By the time the O.B. jingle slimed its way into my sub-consciousness, Mom had foisted What's Happening To My Body? upon me. The Talk arrived before or after. So I understood the mechanics of procreation on a basic level, but because I was an inward and uncharismatic young man, it was all mostly academic or fantastic, and might as well have existed in an adjacent realm alongside unicorns, centaurs, and the Sasquatch race.

In a sort of cognitive dissonance fit, I knew what O.B. was and what and who it was for, but the advertising was so airily vague—as though selling an enviable attitude as opposed to a physical product, à la one of my favorite episodes of DuckTales—that the ads had jealousy bubbling up in my throat. Why couldn't I have some of that confidence and self-assurance, and breeze through the world as if I owned it? Why couldn't I brim with composure and disdain? Why wasn't there anything like this on the market for dudes?

To say that the blithe, candy-coated jingle added insult to injury would be a massive understatement, implying as it did that maturity and assimilation into the adult world was a problem easily vanquished with a modicum of pluck, and an over-the-counter purchase—the first of many, many societal lies to come. I just wish I could forget this one.

—Raymond Cummings is the author of several books of poetry, including Crucial Sprawl, Seven New Poems and Assembling the Lord. He infrequently blogs at Voguing to Danzig.