The Perils of Online Shopping 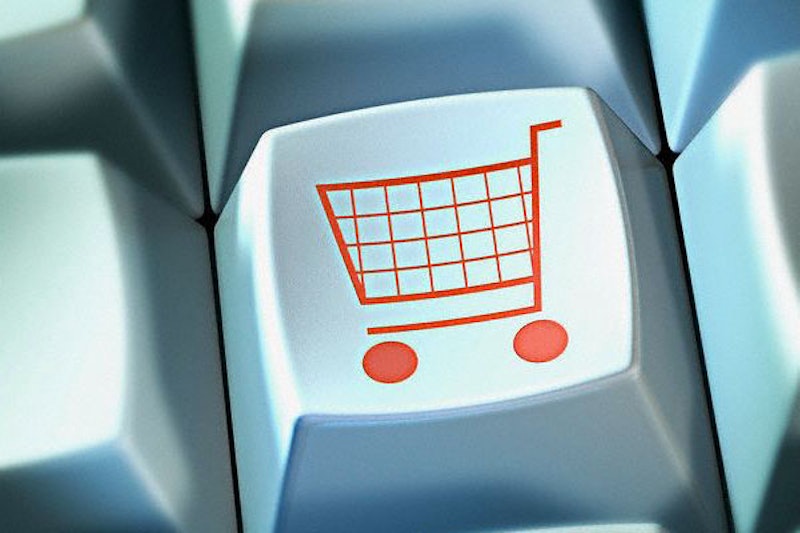 It’s always quite vexing when you’re identified as a mere “number,” and though I’ll confess to an uncharacteristic snit of sensitivity here, it was nonetheless jarring to read the following front-page squib in the “What’s News” columns of Christmas Eve’s Wall Street Journal. “Web retailers rang up a solid holiday season, as Americans went online to buy record amounts of electronics, jewelry and clothing.” At least there was a bit of quickly vanishing decorum in the 21 words—no USA Today-pioneered substitution of “we” for “Americans”—but that still wasn’t an adequate salve, for I’m among those millions who contributed to the bottom line of online retailers, and did indeed buy electronics, jewelry and clothing.

The bulk of presents toted up for my wife and sons, more than in previous years, were gathered from the comfort of home, and, frankly, I’d rather suffer the frustration of disappearing items in the “shopping carts” of badly designed websites than the intolerable crowds at a mall or the unseasonably cold temperatures here in Baltimore. While I’ve utilized the Internet’s marketplace for years now—Amazon, New Egg, StubHub, the Yawkey Store for Red Sox t-shirts—this time I went further afield. I can report that most of the packages under our tree were a success—really, a gift of Paris, Texas or iPad speakers aren’t reliant on the method of purchase—but there’s a glimmer, if obviously minuscule, of hope for some traditional brick & mortar stores based on my experience. Simply put, I’ll never again buy jewelry for my wife online.

Pressed for time the weekend before Christmas, and unwilling to stand still for the glacial pace of a saleswoman at a smart jewelry store in Baltimore County (no knock on this very friendly lady, who, after all, was working all the angles to rack up another commission), I told my younger son that we’d just pick out a pair of earrings from Bergdorf Goodman’s website and escape the vertigo-inducing horror of last-minute shopping. This was a mistake, for the mission was utterly unsuccessful. It all appeared so easy: my wife, who has a lovely collections of studs, necklaces, bracelets, brooches and the like, amassed over the past two decades, at times likes to deviate from the conservative Tiffany’s look and don earrings that, to my mind can be categorized as NPR/New Age/Hippie merchandise. That’s irrelevant, of course, since I certainly wasn’t buying earrings for myself—I wear a watch and wedding ring and that’s it, Charlie, as far as accessories go—and one aims to please.

So. I navigated Bergdorf’s imposing website and it took far longer than anticipated—one pair was perfect, it seemed, and I completed the order only to find out via an email confirmation that the earrings were out of stock and wouldn’t arrive until Jan. 3, which was unacceptable—but finally settled on a not terribly expensive but jaunty number that was colorful, dangly and might even elicit an “ooh-la-la” from my wife’s gal pals. I had the present sent overnight, and when it arrived in that telltale Bergdorf silver box, I tucked it away in a hiding spot—in truth, my wife’s not at all a snoop when it comes to gifts, unlike our progeny—and was pleased with myself.

Until Christmas morning, when she unwrapped the gift and it was immediately apparent that these were perhaps the ugliest earrings peddled in the past 35 years. Not exactly a Crackerjack’s prize, but close. After a brief protest that, oh yes, these are… very nice, my less subtle sons stated the truth: you blew it, Dad. Indeed, I did, for the earrings were huge, perhaps weighing more than a duckpin bowling ball, and worst of all, were clip-ons. I sweated for a minute that the receipt would be impossible to retrieve in the pigsty that’s my desk and computer, but fortunately that wasn’t the case.

In any event, Christmas Day proceeded in a mirthful way, as the four of us finished unwrapping presents, spoke on the phone with relatives and went to a jam-packed matinee of The King’s Speech. (I don’t really waste much energy on Oscar awards speculation, but Geoffrey Rush is my pick for best supporting actor; The Ghost Writer for best film; and Melissa Leo takes the nod for best actress for her work in The Fighter.) The earrings fiasco is now in the embryonic stages of becoming a family joke, but I’ve learned a valuable lesson that while a book (hard cheese, over-priced and financially imperiled Barnes & Noble) is a book is a book, there are some goods that must be inspected in person before reaching for the Visa. Like jewelry.