The cost of nothing. 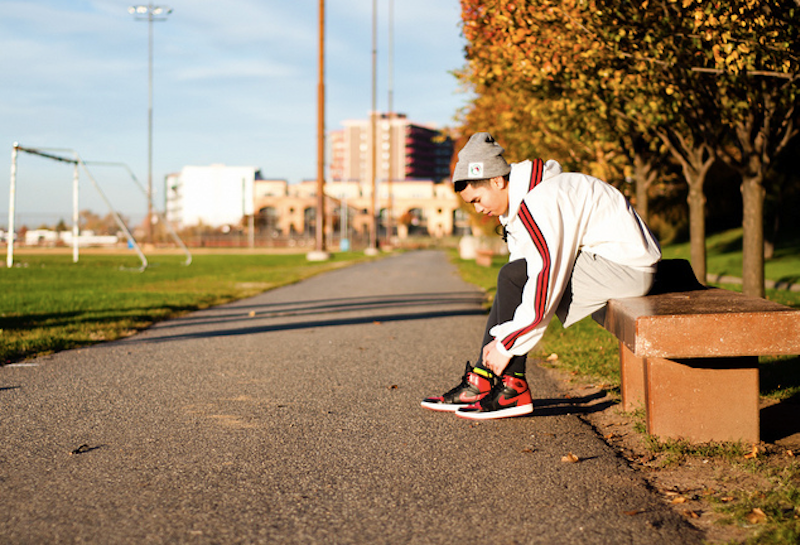 Beginning in the late-1980s (less so now, but still ongoing), if you wanted some air in your shoes, Nike employed a surcharge; so, for the first time in history, air cost money. (One wonders, what day of the week God made air, and if he's still receiving royalty checks.)

Nike Air's small, embedded packet of air didn't help you jump higher, nor was its absorbance capacity better than a regular sole. So what were we buying?

The conceit was simple: air, being "nothing," was somehow purer and better than lowly substances from the lethargic material world. This, perhaps subconsciously, invoked the religious orientation of valuing levity over gravity, in our moral binary of ascent vs. descent (i.e. heaven and hell). In the Christian Left Behind series, which authors Tim LaHaye and Jerry Jenkins surprisingly admit as "fiction," the Rapture is perhaps air's best marketing campaign.

When I got my Nike Airs, the wind of such marketing felt fainter when finally on my feet, and I wore them as a deflated epiphany. It didn't change my "hook shot" or "layup"—which, unless you've seen a skinny near-sighted Asian suffering from hay fever attempt basketball during high school P.E. class, is best left undescribed.

In Nike's "Air Jordan" logo, we see the eponymous basketball star suspended in an iconic pose, as some black Christ for the disenfranchised African-American urban youth who dream of such opportunities and fame. The end of his hand looks like a cyst or mutation, but it's a ball.

Consumerism is a religious act. We pray at the register, handing the tithe of our plastic debit cards over the counter in the church of Mall. Our God, sadly, is an empty one that needs to be filled seasonally. Every commercial on TV is a prayer.

There's a new Air in town, Apple's "MacBook Air." The conceit is simple: the thinner and lighter, the closer to nothing it became. (Minimalism fluffs its Zen feather.) I would go to Best Buy one day and pay $1000 for this nothing, and nothing it was, as I barely use it. I told myself I'd take it to cafes, sadly choreographed to catch the eye of some girl who'd see me mysteriously blog on this beautiful machine.

What I wanted was everything—relevance, respect, validation, two-points (finally), and, well, love. Jesus had nothing under him, so he went higher and higher and disappeared into the clouds. I had a $100 snuggling my feet, and $1000 dollars under my fingertips, typing away, finally, at this thing.

“Mary” is currently consumed by her own laptop, a clean cold halo on her face, the brightest reflection on her nose. If only she were IM-ing me. It's not an Air, which I guess is saying something.