The Kitchen Staff Isn't Conspiring To Trash Your Appetite

Good things come to those who wait. 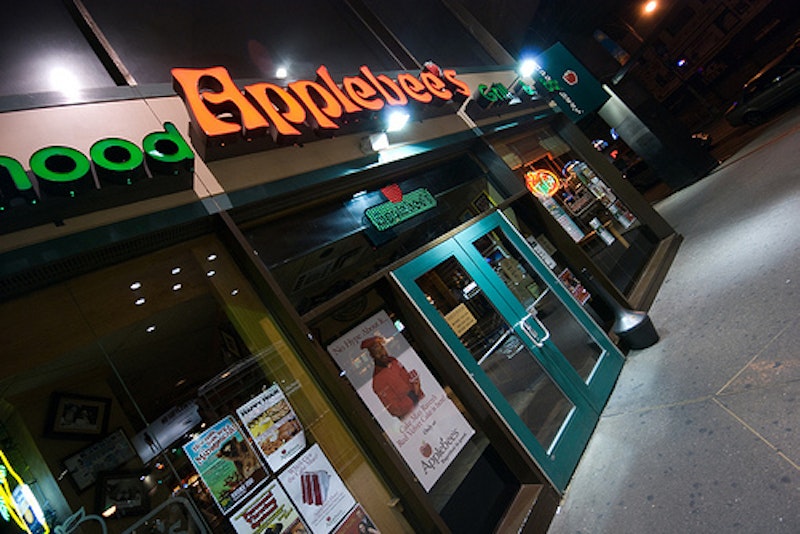 Look, take a deep breath. Close your eyes, then open them again. Unclench those fists; let the napkin breathe. Do that stupid thing some people like to do, when attempting to calm down, where they rapidly motion up and down in front of themselves with their hands as if attempting to divest an invisible force field of full of lint. Now, look at me, and look around the room, and look at the table, and notice how unchanged everything is from a minute or two ago. I’m okay, you’re okay; the world continues to turn. You can survive however much longer it takes for the server to bring your meal without throwing a fit or calling a manager. You can display a modicum of patience. You can be an adult.

I mean, yeah, okay: usually the food comes faster, but where are we? Are we at McDonald’s? Are we idling in park in a Sonic stall or queued up at China Express at the mall? No. We are at Applebee’s, which is arguably a step up from what most people think of as fast food. What does that mean? It means the same thing that it meant when I was a kid and Mom and I went to Friendly’s or Bob’s Big Boy on non-buffet night, or Red Lobster when going to Red Lobster was rare and a big deal, or BJ’s on Reisterstown Rd. in Baltimore or maybe that one Indian restaurant out on Liberty Rd. What you accept—or what you should accept—is an unwritten social contract that states that whatever you’re ordering is beside the point.

The experience and the company is why you’re dining out, isn’t it? Right? Maybe, too, you’re celebrating something, like a promotion or a windfall or the fact that you survived another Monday. What I’m getting at is this: dining out is a perfect opportunity to indulge in unfamiliar ambiance, re-find a good conversational footing with the family, which is a much more pleasant way to spend time than glowering at random wait staff because you’re convinced that your well-done Porterhouse steak should’ve materialized three minutes earlier than the couple across the way there who arrived, like, 10 minutes after you do. Patience pays off, and comparing random notes on the state of our union for longer than the five-minute window most people allot for small talk never emaciated anybody.

Maybe the sad truth is that, ultimately, we’d all be better off if we forced ourselves to eat at home more often to underscore the time and labor meal-making demands. Better yet, families should prepare super together whenever possible, which would have the effect of framing evening meals as something less that magically appears—presto!—atop steaming burners and within the bowels of hot stoves. Maybe we’d have a better appreciation for what cooks and servers and runners go through on a nightly basis, and maybe we’d learn something important about patience.