You shouldn’t mess with the pumpkin latte. 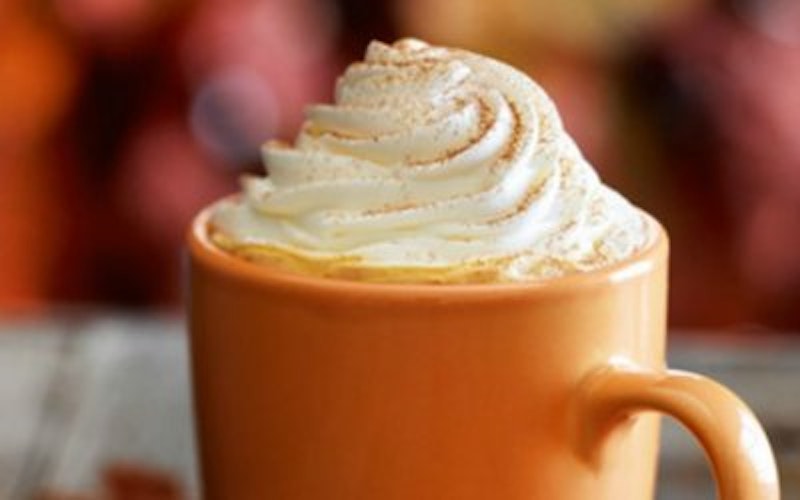 Do Americans really need to file petitions to get Starbucks to listen?

Last week the story of a coffee controversy involving Starbucks’ pumpkin latte arose on Huffington Post (which appears to have done original reporting on this story, for once):

A petition on Change.org calling foul on the absence of a vegan option for Starbucks' cult seasonal offering, Pumpkin Spice Latte, contains an even more damning allegation: Baristas are unaware that the drink mix contains dairy. "Many people are shocked to hear that the mix contains condensed milk because there's no way anyone would be able to tell walking into a store and placing an order," reads the petition (started by Brent Caldwell in Ferndale, Michigan). "Employees don't even realize it has milk in it!"

The petition has several thousand signatures from angry non-dairy consumers like Meghan Purvis of Fresno, CA who writes on her petition signature: “I am vegan. Right now I make my own pumpkin spice syrup at home. If I could purchase it in-store I would buy the shit out of your pumpkin spice lattes.”

In a feat of investigative journalism, HuffPo took it upon themselves to visit a half dozen Starbucks and asked whether the drink could be made dairy-free, “and only one knew for sure that there was no vegan version. Employees at four locations said it could be made dairy-free by substituting soy milk for steamed milk, and by foregoing whipped cream. One said she couldn't guarantee it was dairy-free.”

Of course the baristas don’t know what’s in the drinks. There are like 762 of them; how could they?

Besides, the Pumpkin Spice Latte should be available for everyone to order. Common sense. Many vegans support Starbucks and order drinks with soy milk instead of regular milk, but now we have an incredibly popular fall drink that can’t be ordered be vegans or lactose-intolerant people, which just seems silly.

Further pissing off the vegans by telling them to instead opt for the Starbucks “Via” pumpkin instant latte, which doesn’t contain dairy? Not helping anything. Chances are if they wanted instant coffee, they would have stayed home and not made their way to a Starbucks.

Last year, in a separate yet even more horrifying revelation, Starbucks took heat for using a red dye made from crushed beetles, because it seems no one in marketing thought that might be a bad idea.

I was already mad at Starbucks last year after Christmas, when I tried to get a Salted Caramel Mocha in January and couldn’t. The barista told me it was a “holiday drink” and that the topping for the drink (a crack-like substance made of sea salt and turbinado sugar that is apparently spun magically by gnomes in a distant woodland) was not available year round. I was pissed. What exactly does the birth of Jesus have to do with caramel? How cumbersome is it for the largest national coffee chain to stock a simple topping?

These are all simple, avoidable situations. Total annual revenue for Starbucks was $13.29 billion last year (up from $3.3 billion a decade ago). Americans spend over $1000 a year on coffee. We are the people who buy the coffee, Starbucks. Just listen to us. Are petitions really necessary? Or can you simply stock a Pumpkin Spice Latte mix that doesn’t include dairy?

And while you’re at it, stock the salted caramel. Jesus would want us to have our favorite drink year-round.