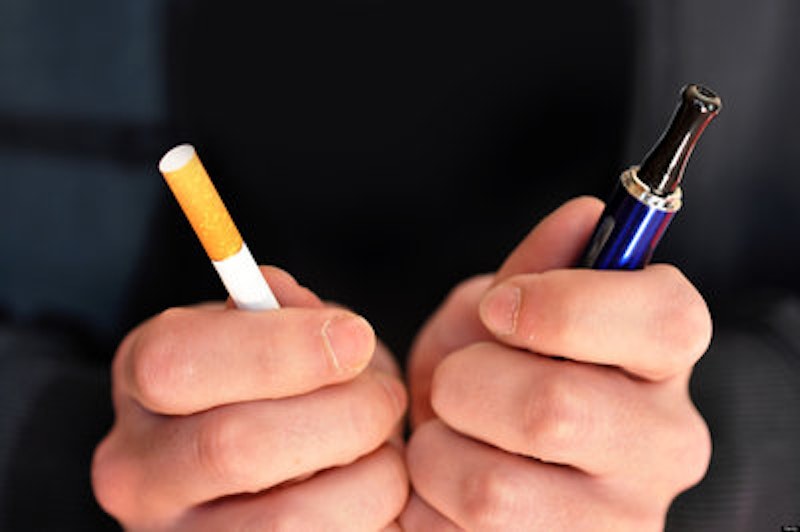 I consider myself a healthy person. I eat fresh fruit and vegetables. I work out most days, teach yoga and drink a lot of water. I do, however, have one ugly, nagging vice. Cigarettes. I’m not a habitual smoker but Marlboro Lights often go hand in hand with a glass of wine.

I feel like a pariah when craving a cigarette in social situations. I have to sneak away from parties and restaurants, hide behind my car and puff away. At home, I disappear to the attic, barn, driveway, wherever, since the disapproval rate is overwhelming. Wherever I am, I’m armed with Altoids and perfume, and only after using both do I feel I can rejoin society.

It’s a fact of life. No one smokes anymore. We all know it’s a killer. In 1965, according to the Centers for Disease Control, 42 percent of men and women over 18 years old were smokers; as of three years ago only 19 percent smoked. The tobacco industry is in big trouble. They want to make traditional public smoking popular again and also look like the good guys for a change. So what’s their latest plan to offset their losses and boost their cash cow?

The nation's largest tobacco company, Marlboro-maker Altria Group Inc., released its e-cigarette, MarkTen, last month. The other major tobacco companies are close behind, embracing this new innovation and preparing for growth in a huge new sector. Tobacco analysts now anticipate the electronic cigarette market will approach $2 billion in retail sales (including online) by the end of this year and eclipse $10 billion by 2017.

Addicted consumers are rushing toward it. I walked into my hairdresser’s shop last week and she was smoking one. She hadn’t had a real cigarette in over a month. I visited a friend over the weekend and a guy she was dating was sitting in her kitchen looking very pleased with his electronic device. She normally would demand that smokers go to her porch to light up. Users have the option of disposable or rechargeable models and the experience, executives claim, “closely resembles the draw of a cigarette.”

E-cigarettes don’t contain tobacco. Rather, they heat up liquid nicotine, which converts to the vapor that smokers inhale. There’s an ongoing debate about the health risks related to the smoking device. Three states have already banned the use of e-cigarettes in enclosed public places. Additionally, since they don’t contain tobacco, they are not subject to U.S. tobacco laws allowing minors to purchase them, especially online. Will e-cigs be the next fix kids need? They are rather enticing with flavors like chocolate, mint and tutti-frutti.

I’m pretty conventional when it comes to smoking and can’t see myself buying into the e-cigarette lure. I could most likely give up cigarettes if I made the effort. I guess I’m pretty much alone out there with my occasional Marlboro. Even teens now smoke more marijuana than tobacco. Maybe I’ll follow suit.