An issue Americans can agree upon. 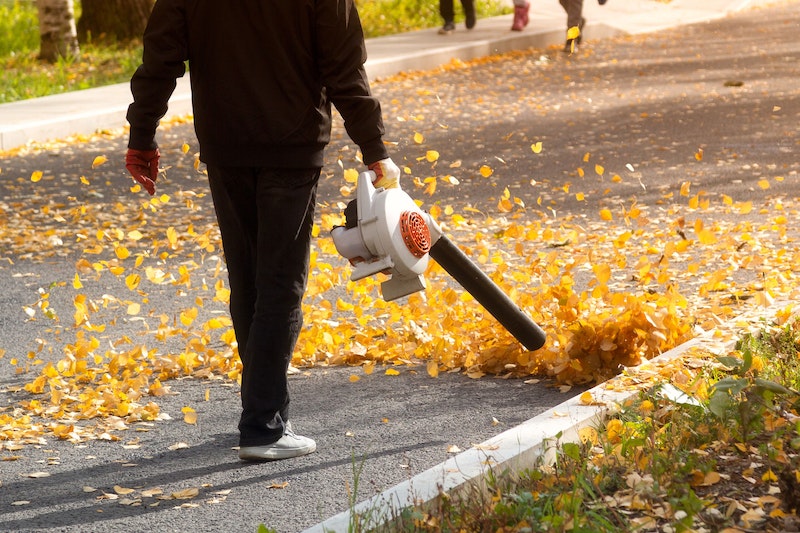 In a nation faced with socio-political division, a bipartisan consensus to take action against leaf-blowers and the people who use them might be one issue that citizens of all political stripes can agree upon. Tonight Show host Johnny Carson tapped into the instinctual enmity created by these machines and made them the butt of a recurring joke. Here’s an example: “The guys with the leaf-blowers showed up and blew all my neighbor’s leaves onto my lawn.” While the great George Carlin never weighed in on leaf-blowers, one imagines the commentary would’ve been scathing.

It’d be naive to presume that an anti-leaf-blower crusade could lead to a full national reconciliation. The rift is too great. But if anything can serve as an ameliorative balm on minds rubbed raw by constant political warfare, it’d be a consensus uprising against these cacophonous, malodorous, polluting, peace-shattering contraptions.

Envision a sit-down between Trump-hater Robert DeNiro and Trump supporter Jon Voight on comedian Bill Burr’s podcast, during which the two actors agree that the time for a ban on what DeNiro describes as “the f&%king leaf-blowers” has come.

Who will oppose this legislation? The companies that manufacture them. Home Depot and Lowes? These entities will pay lobbyists handsomely to push back, but the tide of history will be against them.  Insensitive homeowners, who wreck otherwise peaceful mornings, will cry foul. Carlin had a joke that may be apropos: “Studies show that the use of cell phones may lead to brain damage. Studies also show that nobody cares, because everybody hates people who use cell phones.”

Landscape gardeners who use leaf-blowers daily may balk at the return to an implement known as a rake, but the majority of them don’t vote. At least not yet. Penalties for breaking new laws against leaf-blowers will be hashed out by the lawmakers. The death penalty is probably too harsh. Since it’s the sound-conducting airwaves that are polluted by leaf-blower use, the punishment must fit the crime, and must relate to audible distress.

Republican first offenders will be sentenced to a weekend incarceration in which they’ll be forced to listen to looped Hillary Clinton monologues, spiced with quips from Joy Behar. Democrat scofflaws will spend their weekend hearing Dick Morris narrate The Return. The beauty of these penalties is that they sentence offenders to the pit of partisan rancor that everyone else is trying to rise above.

Those who stand in the way of this unified cleansing of our neighborhoods and corporate parks must be made to reap the whirlwind.

—Mark Ellis is the author of A Death on the Horizon, a novel about political intrigue and cultural upheaval