How to lose that extra belly fat. 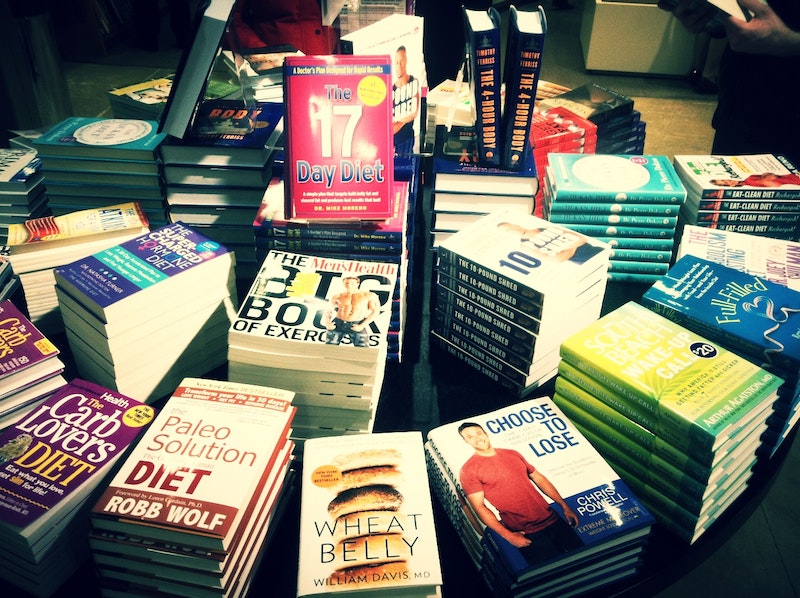 So you want to lose weight? Here’s a tip: stop eating so much.

You can watch Savannah Guthrie and Natalie Morales discuss the latest celebrity diet trends every morning, you can think about adding kale to your chicken Caesar salad (“with the little bacon bits, please”), you can even make the “smart” choice of fueling up after your half-hour treadmill session with a chocolate-strawberry-banana smoothie (let’s be honest, it’s a milkshake). If this is what you’re doing, you’re not going to lose weight. More importantly, you’re not going to get healthier.

So what if Us Weekly told you that Gwyneth Paltrow lost 10 pounds after a juice cleanse. Of course she lost weight, she didn’t eat for five days!

The problem with these fad diets is that they’re intuitive, and they appeal to the uninformed (who also happen to enjoy masquerading as “expert nutritionists”). The Paleo Diet makes sense: eat what the cavemen ate. Eat only what humans were designed to consume. Except it sucked being a caveman. You had to hunt for your food, and most days you probably didn’t eat at all. Is that berry a delicious blend of vitamins and minerals, or is it a bite-sized death trap promising raging diarrhea and hallucinations?

Cynthia Graber took the Paleo idiots head on in an article for Mother Jones, stating “What they're eating is probably nothing like the diet of hunter-gatherers.” The food we eat is constantly changing and evolving. Their strawberries (if they even had access to strawberries) were way different than our genetically modified super-berries that are bigger than your face. Meat was an occasional treat, not a dietary staple. We also have better technology than we did then. If whole grains are healthy, why are you restricting them? Legumes, too. The Paleo Diet stupidly eliminates certain food for the pseudo-scientific idea that cavemen lived healthier.

People who practice the Paleo Diet are kind of like Trustafarians: they’re needlessly eschewing privilege to emulate a group that would’ve killed to switch places with them.

Diets are stupid. You can lose weight on Paleo or South Beach or Zone diets, but it’s ridiculous to assume that you’ll be able to stick to them for the rest of your life, and it’s inevitable that you’ll gain the weight back. That doesn’t mean people practice diets are necessarily stupid, though. They’re just idealistic.

Like most fads, diets are fun. It’s fun to think you can eat all the bacon you want and still lose weight. It’s fun to eat like a caveman (until you’re staring down that box of cookies in the pastry aisle and it’s not fun anymore). It’s fun to think that you’re flushing out all your body’s toxins by subsisting solely on high sugar vegetable juices all week.

Here’s the true skinny on how to be skinny: eat more fruits and vegetables. Eat less processed foods. Drink water instead of soda. Don’t drink too much alcohol. Eat less sugar and salt. Cook your own meals. Stop ordering takeout. Exercise. Stop snacking.

You can’t go in with the mindset “I want to lose __ pounds,” however. Living a healthy lifestyle doesn’t have an end point. The goal isn’t measured by time or pounds lost. It’s measured by how you feel. If you practice a balanced diet, filled with whole, natural foods, then you won’t need to restrict calories during bikini season or fret over whether a certain meal fulfills the Atkins guidelines.

I suppose it would be politically incorrect if I didn’t mention that weight is what you make of it, and society’s standards of beauty shouldn’t be yours, but seriously, who actually believes that stuff? It’s easy for people like Jennifer Lawrence to tweet about body image, but understandably harder for the 99.9 percent of the rest of the population to accept that not everyone can look like a movie star. Why are beautiful people telling us to love ourselves? We can criticize the media’s flagrant use of photoshop (as we should) and jump on Kate Moss when she says things like “Nothing tastes as good as skinny feels,” but humans will always want to look more attractive. And for many, that means losing weight.

If you want to lose weight don’t fall prey to societal pressures instilled by tabloids and reality shows. Weight loss usually makes you healthier—it promotes longevity, among other benefits, so long as you’re not rail thin. It’s also inevitable if you put down the Tastykake and pick up a celery stick.

In sum, don’t focus on losing weight, focus on eating better—in general, that also means eating less. If you’re doing it right, the weight loss will come, along with many other benefits.