I Dream of Tiny Houses

Once jealous of big houses, I now wish for a small one. 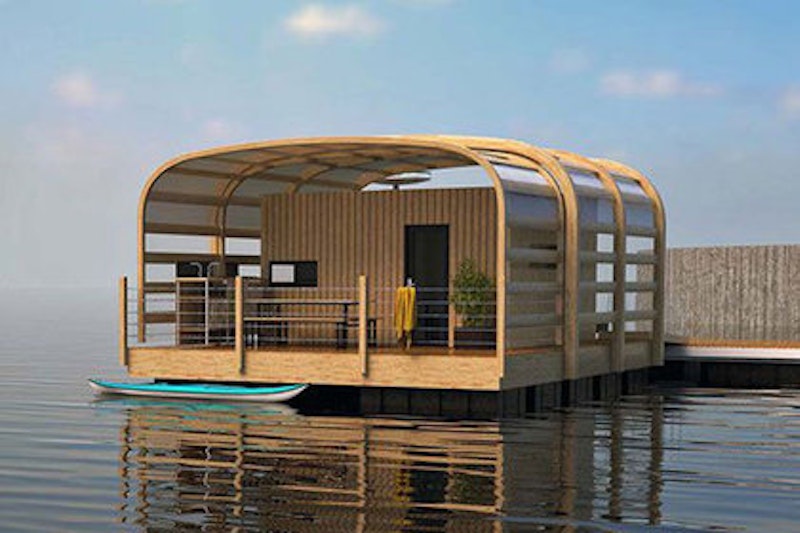 When my grandparents retired, they moved to an upscale trailer park in Florida. I know, “upscale trailer park” sounds odd; let me assure you it is not. The place had a pimped-out clubhouse, pool, well-manicured lawns and streets, and was adjacent to a golf course where my grandfather happily smoked cigars and played daily with his friends. My grandmother would smoke cigarettes inside (it was the 1980s) at the clubhouse, once with me by her side, playing Bingo. My grandparents seemed happy there, and the two-bedroom place was adorable. There were orange trees everywhere, tiny lizards to catch, and comfy metal-framed chairs on the screened porch; a great reading spot for my latest Judy Blume book.

I grew up in an apartment complex, so small living quarters were what I knew. Dorm rooms in college and one-bedroom apartments when I first got married. I was fine with all this smallness; I’d never known differently. Kid by kid, we moved to make room—a two-bedroom apartment, then a townhouse, then a big old Victorian, and now we’re in what I can only embarrassingly call a country McMansion (it’s a rental—we still need to sell the haunted monster).  There are vast hardwood floors I can’t figure out how to get un-smudged, vast rooms of carpet that perpetually need central-vacuuming, over an acre of lawn that needs mowing. First world problems, and I feel badly for complaining. I’m very happy, actually, but now that my two older kids are moving out/heading off to college, we’ll be back down to a family of four with my two younger kids in the foreseeable future.

As I begin to see the still-far-off light in the parenting tunnel, I fantasize about small houses. Houzz.com, @Decoist on Twitter and endless Pinterest boards feature adorable tiny homes; they’re sustainable, energy-efficient, easy to maintain and well-organized, and I’m madly jealous. The other day my husband and I went to lunch at a marina and saw a residence that stopped me in my tracks. I stared at it for 10 minutes, until I worried that someone might be home and alert security. It was an old houseboat that had been removed from the water, parked directly beside it, and renovated into a two-story… well, it’s still a houseboat, it’s just not in the water. In Cape May, I also saw a historic tugboat that had been converted into a two-story dwelling. I even saw a picture of a former tractor trailer a guy had converted into an apartment and I was jealous: he could drive and park his home anywhere. I drool at RVs and would love to have one someday, though I can’t imagine the fortune you’d spend on gas to get to cool places.

I think tiny living is the way of the future. The way the water level is rising here on Maryland’s Eastern Shore (and everywhere else), it’s only a matter of time before that houseboat is actually floating again. I bet they’ll hardly notice.

I’ve been lucky enough to live in what was once my dream house: the big old Victorian with porches and tons of bedrooms and “charm.” Now, I’m “central air conditioning years old,” and I’m even moving from my artsy 1959 writing cottage on Tilghman Island to a more temperature controlled place where I’ll finish my second novel this summer. It’s still got three bedrooms so the kids can hang out, so it’s less tiny than I’d like.

My dream house now is this: a small, one-story two-bedroom log cabin or stone cottage on the water in the woods: a creek, not the bay or the ocean, because the whole “coastal living” thing is going to hell and I want to be far enough inland that I’m not worried too much about the next hurricane coming up the bay. It will have a tiny porch, surrounded by shade-loving flowers. When my daughter visits, she’ll tell me about all the birds we can hear. And it will be small, and quiet, and ours.