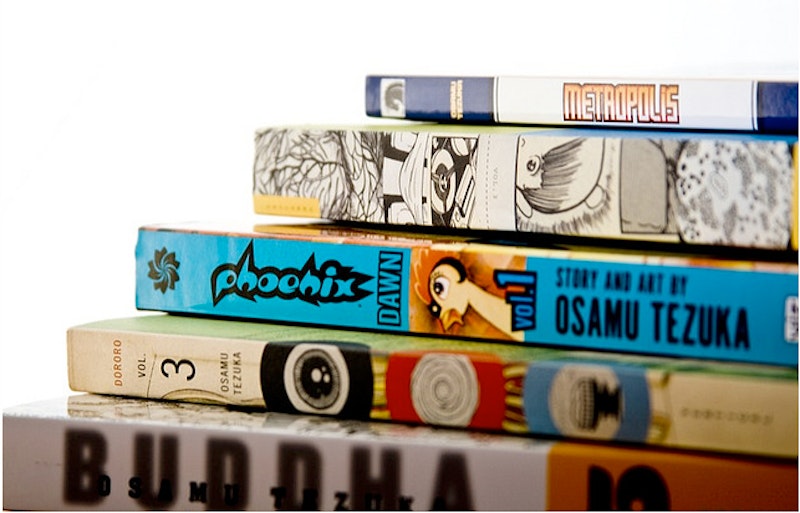 Ever since manga invaded comic book shops and bookstores across the country in the early 00’s, fans have drawn battle lines. Manga has been looked down upon as childish and annoying; every series has a similar premise led by a cast of characters with abnormally large eyes and dangerously spiky hair. In turn, Western comics are stereotyped into the superhero genre, which is viewed as bland and repetitive. In reality, some individual manga series are in fact better than a few Western comic books, and vice versa. Whatever you call them, manga, manwha, or graphic novels, comics are comics, and no matter the style or direction that they’re read in, the stories tend to be universal. Nerds need to band together and embrace other’s cultures and ideas, because whether or not anyone wants to admit it, Goku is very similar to Superman.

It’s easy for Western comic fans to become bitter. While Barnes & Noble still stocks plenty of volumes of Spider-Man and Batman, it pales in comparison to the copious amounts of manga they carry. Nearly five full shelves are dedicated to Japanese graphic novels in the majority of big name booksellers, contrasting the tiny section they generally hold for DC, Marvel, and every other Independent publisher. The reason for this is simple, though, and that’s sales. Superhero comics have become increasingly more difficult to get into because of the ever-expanding universes and complicated starting points. At what issue/bound edition should a beginner start reading Batman, assuming that they don’t want to backtrack all the way to the 1960s, where the art and story arcs were more simplistic.

Batman R.I.P. certainly isn’t a good jumping off point; in fact, Grant Morrison’s head-scratching and sometimes ridiculous graphic novel would leave any new reader sticking with the Christopher Nolan movies in favor of exploring the original source material any further. In addition to that, there’s no number on the bound editions, leaving the buyer to do the guess work/research. And because there’s no numerical order, the shelves, which the graphic novels occupy, are completely disordered, because only a true comic book fan could canonically organize that mess. The manga section, on the other hand, is very tidy, for all the opposite reason mentioned.

But manga’s recent popularity isn’t unequivocally positive. Because of the demand, more and more series are licensed and released, and not all to critical acclaim. Stupid, generic titles are printed because of the popularity of the artwork style. In turn, the perceived quality of manga is going down with every throwaway High School-Action-Romance-Fantasy thriller. The market’s been flooded with so much material that the ones worth reading are dwarfed by the all the duds. Titles like Black Lagoon, Gantz, One Piece, and even Dragon Ball Z are just a few of the many manga series that all comic book fans would enjoy not only for the innovative writing, but also the different art styles. Dragon Ball is easy to criticize for all of the genre tropes in contains, but you have to remember that without Akira Toriyama’s classic, popular titles Naruto, Bleach, and Fullmetal Alchemist wouldn’t exist. That’s like making fun of Superman because he wears tights.

It goes both ways, and people who consider themselves either manga or Western comic book fans ought to explore other mediums. Every graphic novel junkie should have a copy of All Star Superman, Bone, and Dragon Ball Z on their shelf.