Microbeads Are Freaking Me Out 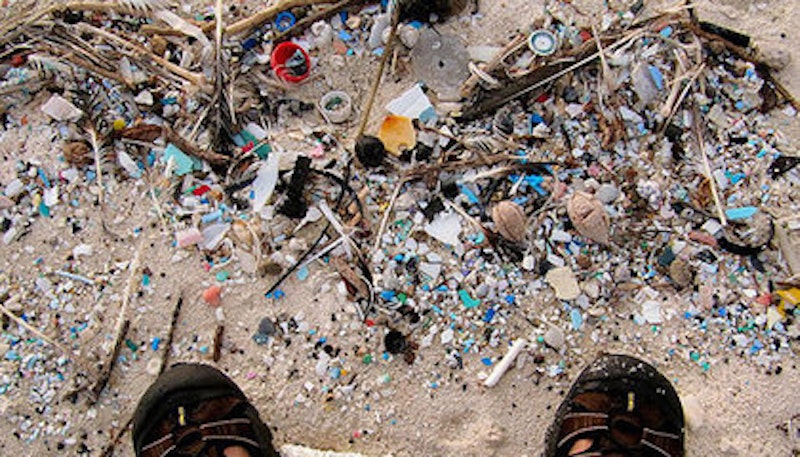 This is about to sound crazy. I’m not talking full-on tin-foil hat/government-watching-me-through-my-microwave crazy, exactly, but it’s a little out there, so you’ll have to bear with me.

I’m ramping up to Chicken Little level with some of my rants, but it’s just truth-telling, and not fiction. I wrote a long time ago about how the vines are taking over. I wrote about the alarming rise of the sea level. And today I’m here to grimly report the news that the microbeads are killing the sea creatures. At least I’m not talking about sharks in the Chesapeake Bay yet, because even though I found a dead dolphin on a bay beach one day that sure didn’t look like it died of a heart attack, I haven’t read any serious evidence that our kids are going to be facing shark-related beach shutdowns in Ocean City Maryland anytime too soon.

I am a sea glass hunter. It’s an unusual hobby, but not to those of us who are passionate about it. We write comments on each other’s Instagram and Facebook photo feeds daily, helping identify mysterious beachcombing finds like it’s our job. Besides, part of my hobby, kayaking to the sea glass beach, is good exercise.

I went to a beachcombing conference last year and heard for the first time about what microbeads are (miniscule plastic balls used in facial scrubs and other products) and how they trash the ocean.

It's well-known by now that increasing amounts of plastic are clogging the planet's seas, killing millions of sea creatures every year when they swallow it, choke on it, or get tangled in it and drown. Plastic doesn't biodegrade, meaning it doesn't break down into its initial components; every piece of plastic ever made is probably still around somewhere on the planet today. But sunlight disintegrates plastic into smaller pieces of plastic. These can wind up in waterways like rivers and creeks, flowing out to sea. The thing about plastic exfoliating beads is that they don't need to break down in order to end up in the stomachs of marine life from otters to octopi.

So I learned about microbeads, read some more about them, like that sewage treatment plants aren’t designed to handle microplastic and then the weirdest thing happened. I started seeing them. When you’re hunting for sea glass, you’re obviously sort of stooped-over a lot of the time, looking down at the high and low tide lines on a beach. I collect tinier sea glass pebbles to make mosaic lockets for friends, so often I’m squatting down, my face only a few feet from the sand. I don’t know what made me see the first one, other than it’s similar to finding a sea marble because the shape is perfectly round. Most sea glass is oddly shaped because it’s a piece of old glassware, but sea marbles catch your eye because there aren’t many things that are perfectly round on a beach. Same with the microbeads. They’re just smaller. But when you see them, you don’t un-see them—and you see them in so many colors. They look like salmon roe on sushi. They’re everywhere. (Note: I didn't take the photo above, but it's an extreme example of microbeads on a beach).

I can see how the fish, turtles, and other sea life would eat them—they look like the eggs of a smaller creature. The creepiest thing about the microbeads: I love to eat Maryland steamed crabs. Crabs are bottom-feeders, and while I often try not to think about what kinds of disgusting things they eat on the bottom of the Chesapeake Bay, thinking of them eating plastic beads, and all those chemicals breaking down and eventually ending up in our own food, is an astonishing, horrifying thought. What a nasty cycle: do we really want to exfoliate our skin and clean our houses and end up eating the byproducts later?