It Just Spews Out

The problems with pregaming. 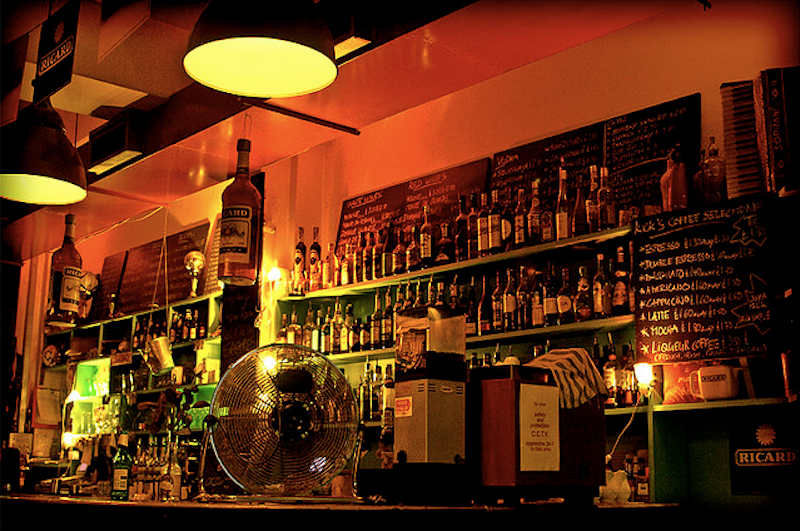 Maybe it’s because I’m in college, but I love to pre-game. I’ll pre-game anything, whether it’s going to the dermatologist or my microeconomics tutoring session. The only problem with pre-gaming, though, is that I have this terrible tendency to vomit when I start my night like that.

My friends and I are obsessed with Mexican food, and as long as we can convince our parents that the Dos Caminos charges on our credit cards are for Salsa dancing lessons with our non-existent boyfriends (bleh), we eat there as much as possible. I pity the poor waitress who has to take orders from me after I’m in a good place having pre-gamed my 8:30 dinner reservation with two bottles of radioactive Alize.

Before we even get seated, the word vomit starts and I become the most obnoxious, loud, unfiltered human being to ever wear a pair of Louboutins. I shout my order at the hostess: “Two large crab guacamoles! And bring me salt while you are at it, babe!” I end all my orders with a wink, a challenging feat because when I’m drunk it takes my eyelids five seconds to free them from the venus fly trap that is my lengthening/thickening/maximizing waterproof mascara. I end up looking like I have a serious twitch or, perhaps, a bad case of pink eye when I attempt to wink at a cutie on the other side of the bar.

Luckily the hostess usually ignores what I’m saying and brings my group of friends to a table waaaaay in the back with zero lighting next to the employee bathroom. Sitting in the dark we continue to scream out orders at the waitress: “Six skinny girl margaritas with no salt and absolutely no calories. Another two crab guacamoles, three tuna tacos without sour cream or cheese or a taco shell, and six Mexican Chopped Salads with no tortilla, beans, guacamole, corn, and absolutely no dressing!”

The worst part about my drinking-induced word vomit is my honesty. Somewhere in the middle of sophomore year my friends figured out that I lack the ability to tell a lie while intoxicated and, so, my group of friends has decreased dramatically since. When they notice that I’m doing that winking thing where I look like a Cyclops, they know it’s time to strike. They’re like, “So what did you really think of that one-shouldered plaid dress I wore to Theta Prom? Did you really think I looked fabulous?” And I reply, “You looked like you were on Scotland’s version of Jersey Shore, like someone shoved a bagpipe up your ass.”

The worst is when I meet that creepy European balding guy in Ed Hardy and stunner shades who asks if he can buy me a jaeger bomb. I’m a friendly drunk, so of course I say yes and begin some small chat. All the guy has to do is ask where I’m from and he gets my entire life story as well as intimate details and personal as well as secret family information. I’ll go as far as to take his phone, enter my actual phone number, type my real first and last name, and even include notes, just to make it easier: “Mary Jack—Blonde Girl I Met at Lavo Goes to Yale From Boston.” Seriously? Is that safe?

A friend once caught me trying to tell a guy my social security number, but luckily she realized that I recited one too many numbers. So far there have been no serious consequences other than the bombardment of text messages I get from “Spencer Ward—Bald Guy I Met at Lavo Ex Professional Wrestler From Dubai” wishing me luck on my micro exam and that my dog is okay after her knee surgery.

I’m fully aware of the ridiculous, inappropriate, obnoxious, delusional person I become when I drink, but it has never stopped me from pre-gaming dinners and bat mitzvahs. There is something peculiar about alcohol, nightlife and the stories that are told the next morning at brunch, which makes the excessive drinking, blatant honesty and obnoxious behavior okay. The way that I act when I go out is my nightlife persona, a concept that goes hand in hand with the fantasy and disillusion of nightlife. When I act this way it’s hard for me to decipher which of my actions are genuine and which are strictly for the shock I can get out of my friends. No matter my intentions, it’s an opportunity to exaggerate or take on a new identity altogether.