I Work on Wall St., But I'm Not To Blame

Hard as it may be to sympathize, there are plenty of honest financial workers on Wall St. who are just as scared as anybody right now. 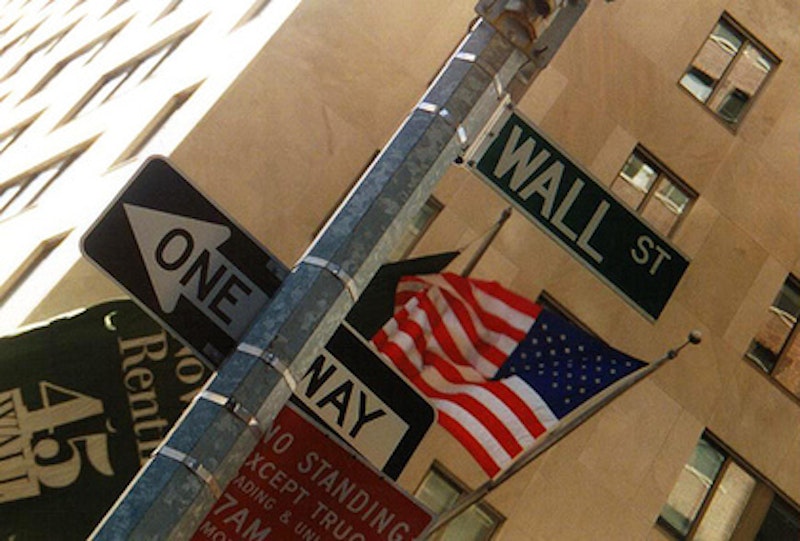 Lehman Brothers’ September 8 filing for bankruptcy proved to be a catalyst for market turmoil, as nearly anyone with a stock portfolio or a 401(k) can easily attest. The subsequent five weeks have been the busiest of my career. As I wrote in my previous column, my job is to convince my customers to trade stocks with me and with my firm. As a general rule, market volatility breeds market activity (and to some extent, vice versa), but the bottom line is that the more fluctuations the market experiences, the busier I am. These last five weeks have been no exception.

When customers trade with my firm, they pay us commission—typically on a cents-per-share basis. For example, if a customer trades 1,000,000 shares with us on a given day at a commission rate of two cents per share, the firm takes in $20,000. Some of that revenue might be allocated to pay for the customer’s use of the firm’s research, some is used to cover the costs the firm incurs in order to be able to trade for the customer, and the rest is disbursed in any number of other ways. In theory, a portion of that will be reflected in my year-end bonus, though there is no exact formula and some degree of subjectivity involved in if and how that happens.

My firm is not one of the companies that has found itself in the headlines over the last few weeks and months. In many ways, our structure, philosophy and business model insulate us from many of the problems that have plagued some other Wall Street firms—Bear Stearns and Lehman Brothers foremost among them. Coupling that with how very busy we’ve been, one might think things are shaping up nicely for a big year for my company at year-end and, presumably, for me as well. But even as a bastion of financial responsibility amidst the irresponsible risk-takers that brought us here, we won’t be able to avoid sustaining some collateral damage.

Before assuming I am just another “greedy” Wall Streeter, there are probably a few things you ought to know. You might be surprised to hear that salaries on Wall Street are generally very low—so low that it might shock you given the tales of excessive wealth in the financial service industry. For most people working in finance, the bulk of their compensation is disproportionately represented by the year-end bonus, and this year bonuses are almost sure to take a major hit. (Indeed, it’s the bonuses that provide the eye-popping numbers for which Wall Street is infamous.) Keep in mind as well that quite often, a significant portion of the bonus consists of shares of the firm’s stock. And, like many other Americans, we have our own stock portfolios and our own 401(k) plans.

The end result is that as the market declines, we feel it and are impacted by it perhaps two, three or even four times more than someone working in another industry. I’m certainly not complaining; this is how it should be. After all, many of us working on Wall Street—most of my clients, in fact—are stewards of your investments. Some are making decisions about how to invest your retirement or pension funds, for example, and so it only makes sense that we should have an intensely vested interest in the market’s success. Being “doubled down” on the market’s rise or fall has the added benefit of ensuring that we do our work with fiduciary responsibility and with an adherence to an extremely high ethical standard. Most of us do.

Some don’t, though, and it is these very few who brought us Enron several years ago, who have brought us countless other financial scandals, and it is they who have brought the current financial crisis upon us. So as popular as it may be to blame “Wall Street” collectively, the reality is that many of us on “Wall Street” will be hurt as much and potentially more than most. The reckless risk-taking that proliferated our industry over the last decade in particular has likely come to a permanent end now. If new rules and regulations don’t bring an end to it, a new attitude from those in charge of financial firms certainly will. This, in the long run, is good news for all of us, and it is my hope that some faith in the financial markets and those who make a living working in it can be restored.

Any profession, whether on Wall Street or Main Street, rewards hard work, good performance, and results. My line of work is no different. I watched the expected reward for an entire year of hard work vanish before my eyes in just over a month. The same, obviously, is true for my colleagues. The situation is worse for friends of mine in other areas of finance, particularly those who work for hedge funds whose income is completely and directly based on the performance of their investments. When the market plunges as it has in the last six weeks, there are few if any investments capable of avoiding decline, leaving many in the hedge fund community unsure of whether they’ll make a tenth of what they did last year.

My clients perhaps feel it the worst of all. As their year-to-date performance numbers melt down, they not only struggle with their own personal financial repercussions, but with the emotional and psychological drain of knowing that you’re going to be hurt as well. Several of my customers have lost their jobs, and others will likely face the same fate before the year is out. Even those clients who keep their jobs will undoubtedly be working with far less assets under management due not only to the declines in the market, but also because of fearful investors of theirs who have decided to pull the plug on their exposure to a frighteningly volatile market.

As I see others who do exactly what I do at less stable firms worrying about their job security—and even worse, others who did what I do at Bear or Lehman now looking for a new job—I am in many ways thankful simply to have a seat at the desk. I can’t tell you with certainty that we’ve seen our way through the current crisis in our financial system. Even if we have, attention is likely to now turn—as it arguably began to last week—to the more conventional problems that are weighing on the nation’s economy, creating yet another drag on the markets. Have faith, though, not only in the inherent fairness of the financial markets, but also in the knowledge that those of us on the front lines are working as hard as we can to get things moving in the right direction: higher—for you, and for ourselves.