Atheists are running ads on the sides of buses in the UK. What next, Mormons endorsing gay marriage? 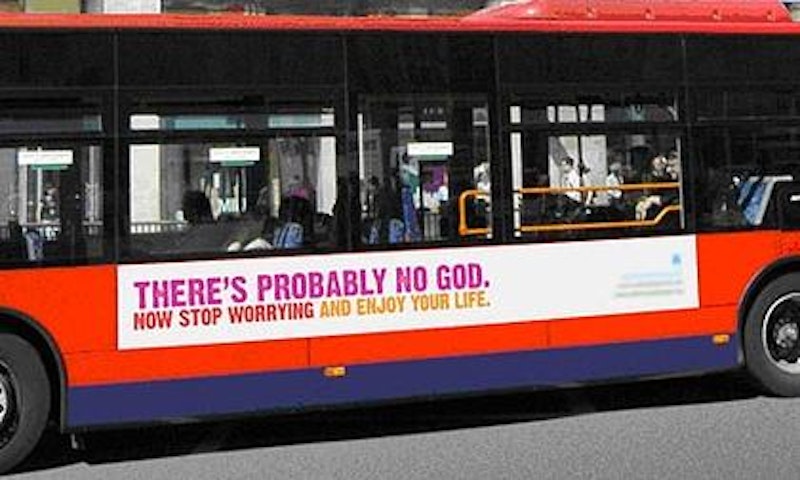 The atheist bus campaign launches today thanks to Comment is free readers. Because of your enthusiastic response to the idea of a reassuring God-free advert being used to counter religious advertising, the slogan "There's probably no God. Now stop worrying and enjoy your life" could now become an ad campaign on London buses – and leading secularists have jumped on board to help us raise the money.

The British Humanist Association will be administering all donations to the campaign, and Professor Richard Dawkins, bestselling author of The God Delusion, has generously agreed to match all contributions up to a maximum of £5,500, giving us a total of £11,000 if we raise the full amount. This will be enough to fund two sets of atheist adverts on 30 London buses for four weeks.

If the buses hit the road, this will be the UK's first ever atheist advertising campaign. It's an exciting development, which I never expected when I first proposed the idea on Cif in June. Back then, I was just keen to counter the religious ads running on public transport, which featured a URL to a website telling non-Christians they would spend "all eternity in torment in hell", burning in "a lake of fire". When I suggested the atheist counter-slogan (now shortened for readability), the response was extremely positive, and hundreds of you pledged your support after the follow-up article.