Can the Financial Meltdown Be Averted? 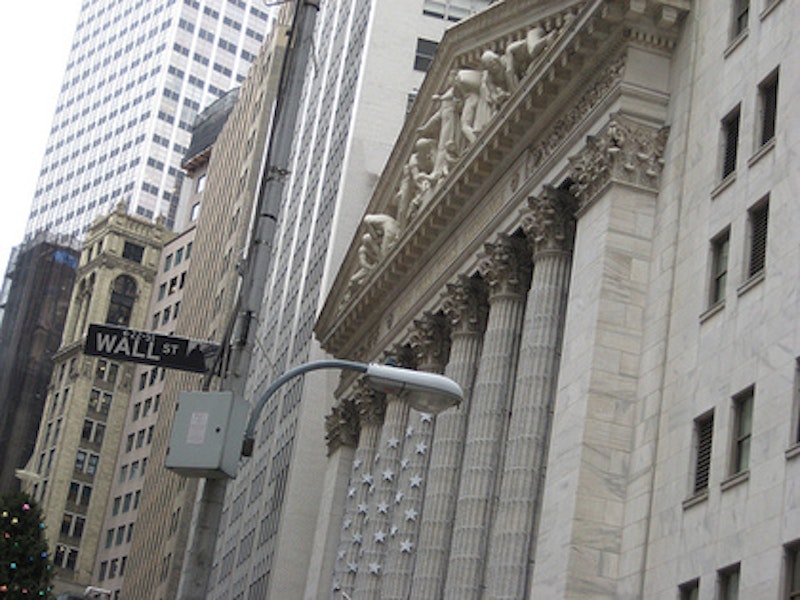 It’s been an extraordinary two weeks in what was already a rather exceptional year in the financial services industry. I work “on Wall Street.” In nearly nine years in this business, I have seen some significant ups and downs—September 11th, 2001 most notable among them. 9/11 was traumatic for this industry, but in reality the trauma was primarily psychological or emotional in nature. The last two weeks have also been psychologically and emotionally jarring, but in this case, the financial system of our country has been shaken on a fundamental and systematic level. As I write, both presidential candidates have returned to Washington to work with President Bush and their fellow members of Congress so that the federal government can provide some sort of solution to the current crisis.

It would be reasonable to assume that because I work on Wall Street, I’d be able to offer a unique perspective on what we now face. Yet in many ways, I know as much (or as little) as anyone else. The extent to which the specifics of the current situation surpass my understanding points to a crucial element of how it is we got here: we as a country, we as taxpayers, we as investors and even we as fellow financial services industry workers have been betrayed by the reckless, irresponsible and, yes, greedy, actions of a very few individuals.

So, what exactly is it that I do? Put in the simplest terms, I am a salesman. My job is to convince institutional investors (mutual funds, pension funds, hedge funds, etc.) to buy and sell stocks with my firm. If I am successful in convincing such an entity to begin doing business, I then become something of a relationship manager, by which I mean that my job evolves into maintaining the customer’s business and, whenever possible, increasing the level of that business over time. To do my job effectively, I need a solid understanding of the financial markets—the stock market specifically. My customers do not need my advice on what to buy and sell. They are trained to do that themselves, or someone above them directs their transactions accordingly. What they do need and rely on, though, is my knowledge and feel of when to buy and sell their stocks, and what sort of result they can anticipate once their trade is complete. They count on me to alert them to important news not only about the specific stocks they are trading, but also about the markets in general. Information is vital to success in my job, and the ability to effectively communicate that information is the real key. These last two weeks have been as volatile, uncertain and unpredictable as any I’ve experienced, and without a doubt, everyone’s abilities have been put to the test.

The rollercoaster ride began in earnest earlier in the year, as Bear Stearns fell apart. We shook it off, though, only to watch in amazement again this summer as Fannie Mae and Freddie Mac teetered on the brink of failure, saved by a bailout from the federal government. Smart analysts had months ago warned that Lehman Brothers was in danger, noting the similarities between Bear and Lehman, and the uncomfortable correlation between the types of investments and debts weighing on both firms. While most believed there was no way that Lehman could (or would be allowed) to be “the next Bear,” early this month the writing was on the wall. The reasons for Lehman’s eventual failure are still being sorted out, but the impact of that failure had immediate repercussions.

There was panic. There was panic from customers who watched, ashen, as their portfolios lost value and their year-to-date gains disappeared. I saw very conservative, well-respected and cerebral investment firms engage in what I can only believe was true “panic selling.” There was panic from those entrusted with overseeing the very system now facing a real crisis. As is often the case, here too the panic largely resulted from the many, great unknowns. I certainly don’t know how much more toxic debt lies buried in the books of financial firms across our country, but there is no reason why I should know. More alarmingly, however, the men and women in charge of the very firms nearing their demise didn’t truly know the extent of their remaining exposure either. The SEC, the Federal Reserve, the Treasury Department—none truly knew the extent of the catastrophic precipice on which we found ourselves. Emergency actions were implemented such as a ban on the short selling of stock—something I could never have imagined as I had chuckled in the past on hearing of various emerging markets’ complete and total bans on short sales—or sometimes on selling at all!  I’m not laughing any more.

The Thursday after Lehman filed for bankruptcy—in the midst of the most tumultuous week of trading I had ever seen—I had my only moment of true panic. Bear was gone. Lehman was now gone. Merrill Lynch was effectively gone, having been acquired days earlier by Bank of America. That left only two of the handful of Wall Street giants we had for so long been accustomed to: Morgan Stanley and Goldman Sachs. I remember vividly that Thursday as I watched the share price of Morgan Stanley plummet with a velocity and an intensity I’ve never witnessed. Tens of millions of shares of the stock were trading every hour, and early that afternoon, it appeared Morgan Stanley was headed for a Bear- or Lehman-like fate. In the space of only 30 minutes, Morgan Stanley’s stock had fallen more than 50 percent, at one point flirting with single digits. It was only the breaking news of the plan being hatched by Treasury Secretary Henry Paulson that rallied the markets, taking Morgan higher with it.

This small example points to the importance of what the media have taken to calling “the bailout plan.” I think a more appropriate moniker is “rescue.” We’re beyond bailing out. Bailing out is only a temporary stopgap. We need a rescue. I can hardly believe I’m writing this. As a Republican (and a Republican primarily for fiscal reasons), the idea of increased government intervention or oversight on the nation’s economy is absolute anathema to me. With that said, it is my firm belief that Democrats and Republicans absolutely must come together to pass some version of the Paulson plan—and sooner rather than later. I hope it will be the most responsible plan possible with respect to the role the government will play in the financial industry in the future. I hope the Democrats won’t take advantage of the vulnerable situation we’re in to insert more government controls than are absolutely necessary. I hope the taxpayer will bear as little of the burden as possible, and that they will stand to reap the majority of the benefits of the plan’s potential upside. But I don’t feel as though now is a time to be picky, and I don’t think now is a time for partisanship.

Say what you will about President Bush, his speaking ability or anything else, but he was excellent when he addressed the nation on Wednesday night. In clear (if sobering) terms, he effectively laid out the facts of the present situation, and skillfully explained much of what led us here. As Bush said:

“The government’s top economic experts warn that without immediate action by Congress, American could slip into a financial panic, and a distressing scenario would unfold: More banks could fail…The stock market would drop even more…The value of your home could plummet.  Foreclosures would rise dramatically…More businesses would close their doors, and millions of Americans could lose their jobs…it would be more difficult for you to get the loans you need to buy a car or send your children to college. And ultimately, our country could experience a long and painful recession.”

He’s right. This is unprecedented, and it’s dire. There is more bad news out there and more pain to come—the extent of which we just do not know. So the unknowns remain, and as unfortunate as it may be, a rescue from the federal government has become the best of a limited number of terrible choices. Those supposed to know don’t know.  Those responsible for not letting this happen have let it happen. The actions of a very few have the very real possibility of dragging down all.

Remember, I’m no financial expert, but I do read the markets, and I do know my clients. The markets, my clients and my gut all agree that drastic action is necessary. Inaction is not an option. The sooner we swallow this pill, the sooner we can begin to heal. Take it from me—I’ve got a front row seat.