Every Hotel is Now Another Motel 6

Whatever happened to America’s  “service-based” economy? Gone the way of relaxing airplane flights. 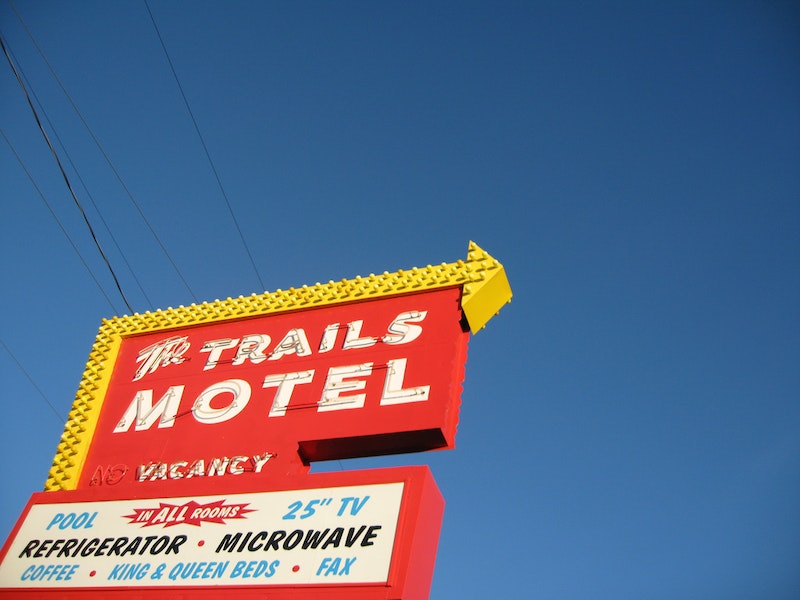 It’s an intolerable, if immutable, fact of modern American life that the quality of service in hotels across the country—following the example of airplane travel—has gone straight down the crapper. Sure, Lucinda or Dylan or Melanie at the reception desk might be perky and at least putting up pretenses of attending to basic details, but they’re clock-punchers stuck in a mind-numbing job for eight hours a day. And it doesn’t really matter if you’re lodging at high-end establishments like Shutters in Santa Monica or the Ritz-Carlton in Naples, FL, or a basic Hyatt, Marriott or Intercontinental chain. The service, with rare exceptions, is inexcusable, and, as this is fairly recent development—devolving rapidly during the past 15 years—it still gets my dander up.

This wanton abandonment of manners and attentiveness, which has made traveling even more taxing, is a nagging question of mine—sometimes asked to an imaginary friend as I’m stewing with confirmation number in hand—and I don’t suppose anyone, with perhaps the exception of a sociologist, can answer it with complete clarity. You’d think, in a crummy economy, that hotel guests would be fawned over, especially at those places that aren’t even half-full, but that’s clearly not the case. Maybe it’s the confusion of reservations made online; the resignation of most people, inured to long lines for everything else in their day-to-day lives, that they’ll be treated with a minimum of grace; or just a general generational shift where those who fork over large sums to sleep in a generic room (some with bedbugs, others not) don’t really care all that much.

Pardon this persnickety preamble, but I was on a road trip last week with my sons and while it was mostly delightful (for example, Amtrak’s Acela train—and judging by the steep discounts on offer now, it won’t be around too much longer—is a sleek throwback to another era) the to-and-fro from Baltimore to Boston and stops in between were wearisome. I’ve long made peace with cabbies who don’t know even basic directions in the city where they work, so when this cat with an attitude got a bit tetchy with me for not giving him precise navigation for the five-minute ride from Boston’s Back Bay Station to the down & dirty Hyatt Regency in the old Combat Zone, I didn’t think twice. Nonetheless, with the clock reading almost six o’clock in the evening, and Sally at the front desk telling me that one of our rooms wasn’t quite ready yet—whatever happened to management leaning on sleazeballs who ignore their noon checkout times?—I became a little frosty, if not downright nasty. Upon interrogation she admitted there was a screw-up and it would be most helpful if we were patient. In other words, get lost because you’re really killing my 45-minutes-till-I’m-off buzz.

The Wall Street Journal’s Peggy Noonan touched on this subject last weekend, observing, with an air of melancholy, how technology has changed the way we live. She writes: “For one thing, it’s changing our posture. People who used to walk along the avenues of New York staring alertly ahead, or looking up, now walk along with their heads down, shoulders slumped, checking their email and text messages. They’re not watching where they’re going, and frequently bump into each other. I’m told this is called a BlackBerry jam.” The BlackBerry reference is dated—that device, with its tight “keyboard” that causes temporary arthritis, is mercifully on its way out—but you get the gist.

Once upon a time, in America, such a hotel inconvenience would result in a gratis fruit basket or bottle of wine as a token of regret, and while I couldn’t care less about such peace offerings, I did want the mess straightened out. (By contrast, when my wife and I booked a suite at Rome’s Hotel Hassler two decades ago, and were given the bum’s rush upon arrival, probably because we were younger than the average patron, a few stern words resulted in a visit from the proprietor, whose profuse apologies seemed genuine, and the fresh bouquet of flowers every 12 hours was a swell touch. And a few years earlier, a buddy and I arrived at a hotel in Caracas and found our room occupied by 15 people drunk out of their skulls. I called to the front desk and the perps were tossed, junta-style, and the suite was cleaned in 20 minutes.)

Eventually, Nick and I were settled in, and it was hilarious in a black humor sort of way. Now, while the generic Hyatt doesn’t aspire to Four Seasons luxury (and the latter’s branch in Manhattan won’t win any awards for hospitality), it’s not a highway motel, either, and there are certain expectations. For instance, what hotel in 2010 lacks basic cable and still lists UPN as one of the television stations available? A hotel in Boston where you can’t watch the Red Sox on NESN? Or has a Nintendo-64 controller (I’ve got a few of those antiques in my basement) as an accouterment? And really, when Wi-Fi is available almost anywhere these days, is it such a stretch to expect Internet service that doesn’t shut down and require re-registration if you leave the laptop for five minutes?

But even when you’re treated like a dog, you adjust, and the proximity of this Hyatt to a couple of the colleges my son wanted to visit was convenient. I haven’t been to Boston in several years, and though I was prepared for its early hours (downtown was nearly shuttered at nine p.m. on a Sunday night) and weird strain of provincialism, it was disconcerting, if not surprising, to see Boylston and Newbury Sts. dotted by eateries and retailers that are found all over the country. Like it would be a treat to buy a croissant at an Au Bon Pain. Nick had a real bee in his bonnet upon seeing maybe 100 Dunkin’ Donuts shops during our three days there.

Still, coming from Baltimore, a sub-par city for restaurants (it didn’t used to be, but that’s a longer story), it was a pleasure to re-acquaint myself with Boston’s small but excellent Chinatown. One night we patronized New Shanghai Szechuan, a humble storefront where we could choose from diced rabbit studded with hot peppers, sliced pig belly, delicate cumin lamb and stir-fried sea urchin. It was a fabulous meal, reminding me of similar restaurants in Hong Kong, New York and San Francisco. By comparison, a few nights later, in Manhattan, seven of us dined at midtown’s Frenchified Chin Chin, an upscale place where the accent is on presentation and sheer quality of food rather than the exotica of New Shanghai. Both fit the bill.

Last Tuesday, after completing a tour of another college, we were back on Amtrak, and when getting off 30 minutes later, the conductor was incredulous, asking, “This is Providence. Are you aware of that?” I hadn’t been to that one-horse town since the mid-60s, when one my brothers was attending Brown, but since my son is applying to arts schools, a visit to RISD was mandatory. We arrived at a Westin hotel downtown, just spitting distance away from … the Dunkin’ Donuts Center (once known as the Providence Civic Center) and, given Nick’s vituperative rants in Boston about the donut chain, which has piggybacked on the success of Starbucks as a cheaper alternative, we both bust a gut. Sure, corporations paying fees for naming rights deal is commonplace today, especially at sports facilities, but cuddling up with Dunkin’ Donuts is really scraping the bottom of the barrel.

Our rooms weren’t ready at the Westin either, but the comic relief alleviated any distress. For example, one of the rooms had no mini-bar (a strange new trend, since it’s such a revenue enhancer) and the receptionist told me they were being phased out. When the second room was ready for occupancy, that mini-bar was fully stocked. When I bought half a dozen bottles of water at the gift store on the second floor, the proprietor had no idea of this new policy. “Then again,” he said, “I don’t have a clue about how this hotel is run. After all, it’s owned by the restaurant downstairs, and I’m just an independent contractor.”