I am more than my credit report. 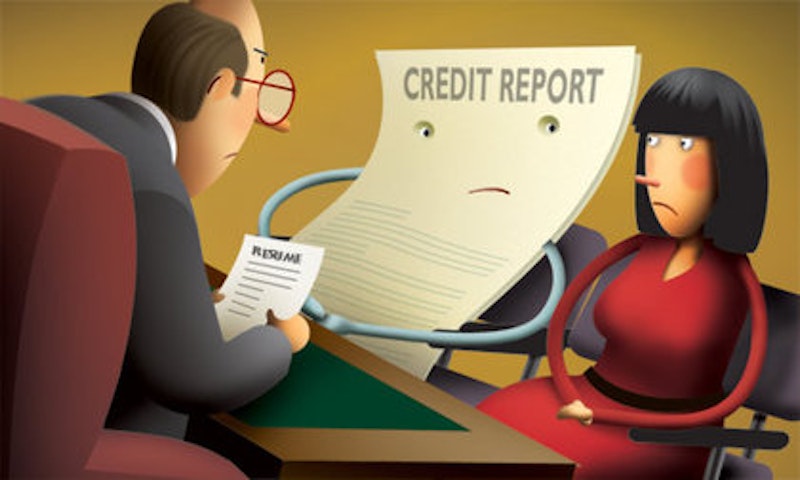 The savings failure is so unconsciously accepted it’s become an automatic assumption—justification for the standard prejudice and lectures—when people fall on hard times. "This is why you should plan for a rainy day," is the clichéd taunt. But, here's something to think about. The very definition of long-term unemployment suggests a person would have depleted the emergency savings by the time they met the criteria to obtain the abhorred label. Long-term unemployment is defined as anyone who is actively seeking employment who has been out of work for 27 weeks or more.

Twenty-seven weeks is the six-month mark, by the way. Are you seeing the problem? Let's do some annoying math. Since the usual severance in America is one-two weeks for every year employed, and the average tenure is 4.6 years, that results in a total severance at best of nine weeks. This means the job seeker would begin tapping into an emergency savings fund only nine weeks into their unemployment.

In this equation, even with the standard weekly unemployment income available, anyone who’d successfully saved the suggested three months of living expenses would’ve almost depleted their savings at the 27-weeks mark. And for the record, only one-third of the long-term unemployed have found a job even after a year. Of those, a large portion have accepted positions that would label them under-employed, meaning they’ve not returned to an income that would adequately cover their bills.

I passed the year mark long ago. My emergency savings didn't deplete until long after that. I recently had two second interviews that went extremely well. One told me up front I was one of two "finalists" being interviewed. "I've heard nothing but positive things from the leadership; you are highly regarded." The other was very impressed with my experience, but also felt my personality was exactly what she needed for the team. It looked good.

So it's back to the grind, searching for that elusive job, interviewing and tackling the difficult questions, and hoping that someone in charge will be able to process the big picture. I am more than my credit report. I'm creative and thrifty. I'm brave and persevering. I'm talented and skilled. I am a survivor. And a number will never reflect my value.