Being young, bougie and black is about respectability, mobility and Whole Foods. 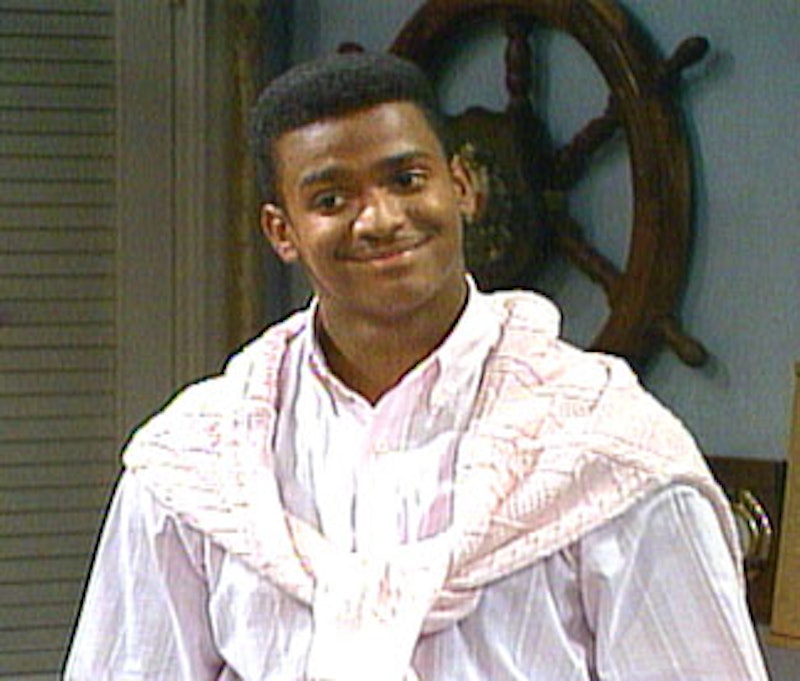 My girlfriend and I had a fight recently because she was telling me about how her cousin and cousin-in-law, who currently live on the Upper West Side and make about $500,000 per year between them, were just fed up with New York and planned to move back to Indiana. I guess I made a stinky face and then I was like, Why on earth would anybody trade in New York City for Indiana?

“They’re looking at better schools for the kid,” she goes. Better schools? Getting your kid into the proper pre, pre-school is kind of a sport in New York, like on that recent episode of 30 Rock where Devon Banks, the gay daddy, makes Jack pull the appropriate strings so Devon’s gay babies get into the tippy top pre-school, and when Devon boasts about how his children got in and Jack’s daughter won’t, he asks him what she will do with a degree from... SUNY Oneonta. So then I’m like, Well, if I had a kid he would obviously go to the top schools so he could end up at a sandwiches-without-the-crust place such as Princeton, which isn’t quite as gauche as Harvard, but under no circumstances would I let him go to Dartmouth because, let’s be real, Dartmouth just isn’t as good.

As these words passed through my lips I was able to finally, at last, accept something I’ve known but have worked meticulously to suppress for years: I am a bougie black boy (BBB), bougie as the $5 bottle of organic pomegranate acai juice I buy for breakfast every morning to accompany my artisanal vegan blueberry lemon-glaze muffin.

If you’re bougie, you’re somebody with a certain level of newly upper-crust taste, a snob who doesn’t necessarily know he is or doesn’t try to be snobbish. Bougie is when I accidentally break the movie headphones that came with my mom’s (or, as my cousin calls her, “Bougie Betty”) very high-end luxury vehicle, and as retaliation she’s like, “Well, if you handle them like ordinary, cheap headphones, of course they’re going to break.” Oh really? Things Bougie People Say: “Do you mind if we go to Whole Foods instead of Save-A-Lot”?

“Does this ascot make my neck look fat?”

Bougie Things I Can’t Live Without:

—The fresh strawberry and pineapple mixture, specifically from Whole Foods. Nowhere else.

—Paris Vogue, which I read, as publicly as possible, in the original French.

—My bottle of Christian Dior couture cologne, which retails for three figures.

Bougie can be a bad word in the black community, used to throw shade on people who are trying to start some snobbish mess. With its negative connotation, bougie translates to the ideology of “being better than” because, you know, at its heart, bougie is about class status, aspirational wealth, success, but also taste. The hard part is that somebody who is newly bougie might be trying to be so as a way to distance themselves from a poorer, much less organic and artisanal upbringing. They “forgot where they came from,” so to speak. Black people’s whole history and existence has been predicated on the denial of the body, the denial of things, the denial of self-worth, and this demarcation between “bougie” and “working class” falls right in line with the history of black thinking around respectability and upward mobility. The war between the bougie and the working-class is a recurrent theme in almost all of Tyler Perry’s movies. Ooooh, here come Julia (British accent) formerly known as Jooniqua, driving all up in here in a fancy ass Lexus. Why you being bougie? Girl, boo.

Bougie is a bad thing, and more specifically an embarrassing thing because, on the one hand, bougie people worry about the most ridiculous, inconsequential things; and on the other, it’s bad when its used to communicate class differences.

I think my own process of becoming bougie had a lot to do with how I was raised. I know I’ve had the chance to live abroad and touch some great schools, but I was bougie way before any of that happened. My mom always had the best, the latest, and the newest everything, and I definitely got that trait from her. Whenever I listen to her speak to my grandmother, who struggled to raise a family on a working-class salary, like a Bret Easton Ellis novel mom indicates the price and name brand of everything, which I think is kind of silly. My SUV cost this much; I only buy organic; oh don’t worry, let me look X up on my iPad. Mom even got grandma a Tiffany necklace for Christmas, and as soon as Delores ripped open the red paper covering the box, because I am bougie I immediately recognized the special blue and knew what it was.