Why doesn't any state have a recycling plan that actually makes sense? 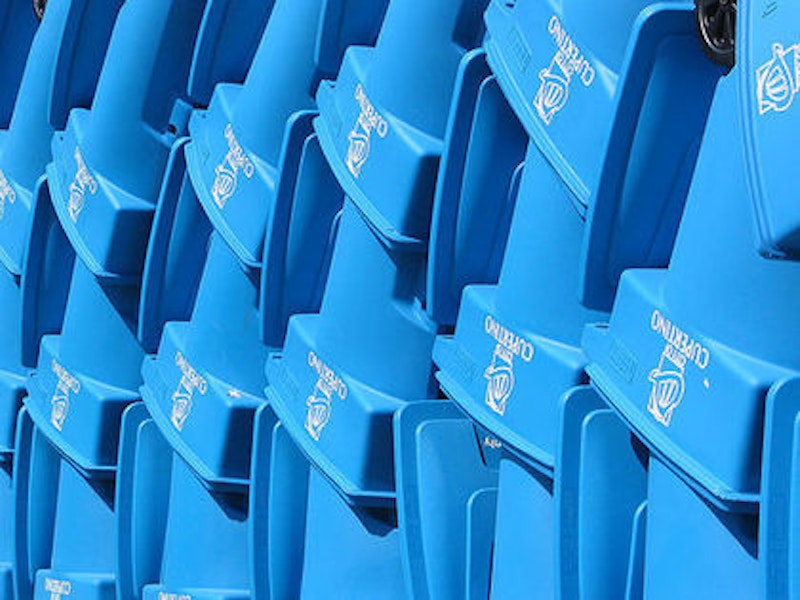 Environmentalism just isn’t cool. There’s little appeal beyond the self-satisfied, self-righteous “I’m doing it for my grandchildren and you should, too!” In fact, the opposite is true, hurting the environment is cool. Rolling in a Lincoln Navigator, late nights spent driving toward nowhere, hot sexy shared showers that last for hours, flicking cigarette stubs into the shrubbery, trans-Atlantic travel, being able to walk around your home without a jacket and boots in the winter—none of these fit the “green” bill.

Actually, there are reasons to recycle beyond smugness or your only potentially existing spawn, and some of them are actually important and relevant: energy independence, helping curb terrorism, aesthetic pleasantness of street corners, not seeing the great coastal cities of the world under water, etc. Of course, there’s always Thomas Friedman’s belief that innovations in green technology could save our economy and ensure American hegemony for years to come. And if there’s one thing we can all get behind, it’s American hegemony.

If global warming and the environment are as serious a threat as they are made out to be—and even a skeptic would have trouble arguing that last week’s 70 degree weather in places like Michigan wasn’t kind of weird and frightening—then we need to do something about it. As stated above, though, being “green” isn’t all that fun or simple. Very rarely do “Environmentally Friendly” and “Easy” go together.

The problem with so much environmental discussion is that it thinks too highly of everyone. Look, if people can financially afford to take long showers and keep the thermostat at 75, many are going to, regardless of research-sponsored guilt or Al Gore-directed documentaries. All we can hope for on this front is continued awareness and a commodities market that keeps prices high enough for people to reconsider the way they live. It’s a lot easier to turn down the heat when you know you’ll be saving a chunk of change.

What we really don’t need is anti-productive policy from our government. Environmental issues are so difficult to navigate because on the one hand you need to assume the worst in everyone, and on the other you need to try to inspire some sort of proactive mindset to get everything going. The biggest dangers would be misreading a situation or underestimating the population’s laziness. Both of these dangers have manifested themselves in several states regarding one big-time, surprisingly under-the-radar issue: recycling.

Seriously, man, whatever happened to recycling? As a child, your little noggin was filled with drivel about recycling’s ability to—in dreamy, ethereal tones—change the world, save the rainforest, stop pollution. Now all we talk about is energy policy this, energy policy that, and recycling seems like a virtual non-issue. No one here is saying that energy isn’t important, but recycling is one of those things that can be exceedingly easy and definitely doesn’t hurt the environment.

Unfortunately, several states have decided to make it a complicated, frustrating ordeal that actually discourages recycling. These are the states you see on the back of beer bottles, puzzling all non-residents with a small sum—mostly five cents—next to a list of state names. Coming from Maryland, which is not one of these states, I always wondered what these numbers meant. Then, I came to Michigan, bought a 30-pack of Natty Ice and nearly fought the cashier over the price, which was three dollars more than the tiny green sticker claimed. This is because there is a 10-cent deposit for every can or bottle in Michigan, and the cashier assured me I could eventually get my money back.

Michigan has the highest bottle deposit price in the United States. These deposits are supposed to appeal to the lowest common denominator, tricking a dimwitted populace into recycling their bottles and cans. But for some reason, Michigan has an ATROCIOUSLY low rate of recycling, 20 percent. Compare this to the national average of 33 percent or Washington State’s deposit-less 43 percent.

Some of this is probably cultural. West coast and east coast states probably need less coaxing than, say, Texas, which—if you look at its cities’ recycling rates—really needs to figure something out. But Michigan isn’t the wasteful, spaced out, oil-loving behemoth that Texas is. There’s a serious undercurrent of conservation in this state, and a lot of conservation effort has wrongly backed the bottle deposit.

Washington and its southern neighbor Oregon are a nice example of two similar states, one with deposit and one without. I may have been a history major, but I can recognize that the difference between 43 and 47—especially compared to the national average of 33—isn’t really all that large, especially when Washington manages to produce less trash with a population nearly twice as large.

States have put an excess of eggs in the deposit basket. States like New York and Michigan have bandied about possible deposit extensions to cover water bottles, Red Bulls and containers that are currently refund-free. Yet, containers don’t make up all that much recycling. Further coverage would only add around a percent to recycling figures. The problem is Michigan’s lack of focus on anything else. In fact, deposit activists claim Michigan’s bottle redemption figures are the highest in the nation at over 90 percent, which gels pretty poorly with that 20 percent.

Yes, it is odd that virtually everyone I know, myself included, throws out water bottles because they are un-recyclable. The fact is recycling in Michigan is difficult. Sometimes I buy bottles of specialty beer. Most deposit redemption centers are in supermarkets that will only redeem items they sell. Every time I buy these bottles, I cannot get my deposit back, so sometimes they get thrown out because bottles take up a ton of space. This happens in small amounts with bottles, but huge amounts with everything else. That lack of coverage extends to everything that isn’t soda or Budweiser. Some places do provide limited recycling collection, but many don’t. Detroit doesn’t even allow curbside collection—just like that other recycling champion, Houston).

None of this covers the effects of bottle deposit that you wouldn’t think about. For instance, because of the easily redeemed value, the homeless in the state love collecting cans. This is fine, except that it draws a surprising number of homeless people out of the high-traffic areas—where most panhandling still takes place—and into the poorly-lit residential neighborhoods to look for cans, especially on weekends after parties. It is extremely odd to have homeless people on your front porch, rummaging through your trash bags or in your backyard, looking for cans, and it’s also a safety concern; I personally have seen homeless people try to enter my home because they had walked onto our porch to rummage through our trash bags for cans. (Also seen: homeless sleeping on our porch and refusing to leave, homeless fighting outside a neighbor’s front door. Also, a friend was stabbed by a homeless person in a poorly-lit residential part of town.)

Alarmist fears about the homeless (and, uh, Bioterrorism) aside, there is a financial burden, as well. The unspoken truth about the supposedly redeemable deposit is that it’s secretly a pseudo-tax. New York collects roughly $80 million annually in unclaimed deposits. Detractors say Michigan’s deposit plan already adds $200 million per year in grocery costs. These costs are felt most by those in the lower tax brackets, and disproportionately affect poorer, urban residents who don’t live near the big box stores that typically provide redemption service. Small corner stores sell plenty of cans and bottles, but very few offer redemption.

All this focuses on the personal consumer but ignores the other side of the equation: businesses. Take a look at Maryland’s recycling rate. No deposit, but it still clocks in at a very respectable 41 percent. That beats out states with deposit like New York (scroll down to the second figure on page 12 and ignore the numbers they use to pad their stats, the Maryland stat specifically doesn’t include them) and Vermont.

So what’s the answer? Well, Maryland, Minnesota’s respectable 41 percent, and Oregon’s very respectable 47 percent do have something in common: source reduction credit. Check out Maryland’s policy here. Basically, it means that Maryland counties can get state money if they increase their recycling rates. That’s an actual incentive directed at people that can actually do something about this issue. Notice the spike in recycling after they implemented it? Maybe it actually worked.

My proposition is this: provide local governments with funding dependent on recycling and waste rates (a la Maryland). Encourage those governments to provide curbside recycling. My county in Maryland gave everyone a big blue recycling bin for all of our recyclables. It is now easier to recycle than not recycle because not recycling means stuffing the trash with newspapers and bottles, filling the cans up faster, making them heavier, and giving me more work because I have to take out the trash frequently. Instead, I just drop it into the big blue bin. For funding, stop giving people too much credit, stop trying to trick people, and be straight-up with us and tax. Levy small extra taxes on bottle and can makers, while adding a small tax (one to three cents) on bottles, replacing the tricky five cents we have now. Now all we need is an energy policy…