Craft beer is too damn strong. 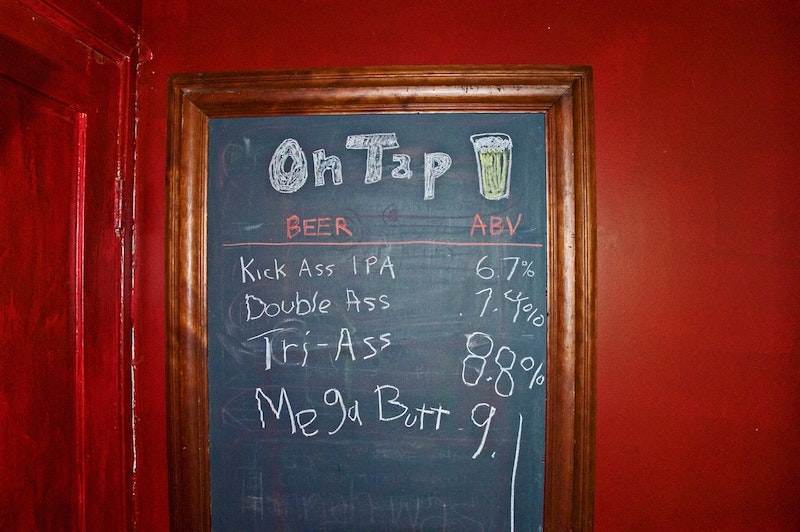 I was mindlessly zoning out in front of the television the other night when a Miller Lite ad spoke to me. No, really. I’ll have to paraphrase it from memory, but it was something about light beer being the hardest to brew because there are no heavy flavors to hide imperfections. Yes, the Miller folks probably shouldn’t go around talking about flavor. I get that. But if I substitute “lower alcohol” for “light,” well, then we begin to approach an issue I have at the bar rail.

Craft beer is too damn strong!

Before branding me a buzz-busting prude, when I’m not drinking beer, I’m drinking whiskey. But when I am drinking beer I like to have a few and not get wobbly-headed a pint-and-a-half into an evening out with friends. But more brewers are taking the lazy man’s approach to getting “heavy” flavors in their beers by just adding more malt or sugars—which our fungus friends then turn into more alcohol.

Certainly I can’t be the only one noticing the ABV (alcohol by volume) creep of late, with seven and eight percent beers proliferating and filling up ever more tap handles. (As a benchmark, Bud is five percent and that’s also the number the CDC uses when defining beer strength.) It doesn’t stop there, as even stronger, double-digit brews that once might have popped up occasionally, as one-off freaks or season’s-greetings specials, are now staples. Conscientious places serve high-octane brews in smaller glasses, but then you’re paying eight bucks for a half-pint of beer. That’s beyond ballpark pricing.

According to the Brewer’s Association, the average ABV of craft beer is 5.9 percent, though when I emailed them about this figure they acknowledged that they were overdue to recalculate it. The offerings at my local, 20-tap beer bar had an average ABV of 6.2 percent, with 20 percent of the brews at eight percent or above.

More telling figures come from a study the marketing research firm Mintel put out last year, stating that the number of North American beers launched between 2011 and 2014 with an ABV of 6.5 percent or higher rose by 319 percent. Nearly one-in-four new beers rolled out in 2013-14 were 6.5 percent or stronger, up from just one-in-seven in 2011.

One reason is probably the rise of IPAs, the style that now accounts for about a quarter of all craft beer sales and one that tends to be on the boozier end of the beer spectrum. (The Brewer’s Association suggests that an IPA’s ABV should be between 6.3 and 7.5 percent.) And then there are double IPAs and triple IPAs, which are stronger still. Are there quadruple IPAs? Yes, I found one at 14.2 percent. I jumped on Google to follow how far this foolishness went and I got as high as a sextuple IPA.

Tamping down the ABV numbers of late are the increasingly trendy sour beers and goses, which tend to be less alcoholic. (But then I’m really concerning myself with beer-flavored beer.) There’s also somewhat of a “session beer” movement celebrating lower-booze beers of 4.5 percent or less. The name harkens back to England and ales mild enough to knock back during a lengthy pub session. There are even some tasty session IPAs, such as Firestone Walker Easy Jack and Heavy Seas Cross Bones, both at 4.5 percent.

I had to roll my eyes when I read how some brewers eschew the “session” label because—clutch pearls—the name is seen by some as a pejorative promoting the unhealthy idea of sitting around drinking for an extended period (as opposed to the moral high ground of getting snoggered in 45 minutes on two glasses of nine percent Imperial Brain Hammer).

This might be a good time to remind folks that as recently as 1995, brewers were forbidden by our Federal nannies to even put ABV on beer labels. The fear was the numbers would promote a strength war and consumers would choose beer based on alcohol content. Some in the industry responded with a real strength war and intoxicatingly named products such as PowerMaster Malt Liquor that got even more knickers twisted. (The government even stepped in to pull the plug on PowerMaster; from what I can gather, its ABV was between 5.9 and 7.4 percent—numbers you wouldn’t bat an eye at today.)

Coors challenged the law and the fight went to the Supreme Court which ruled, hey, grown-up consumers might find this information helpful in their decision-making (and not just college freshman looking for something to shotgun on a dorm roof).

When I walk into either of my pair of neighborhood brewery tasting rooms my eyes fall on the blackboard tap list. I might try a sample of the latest heavy offering, the IPA du jour or a new Belgian Double. Maybe I’ll order a half if it’s any good. But then I’m scanning the ABV figures, and to paraphrase another beer ad, looking for the one beer to have when I’m having more than one.