Baltimore’s face of the franchise. 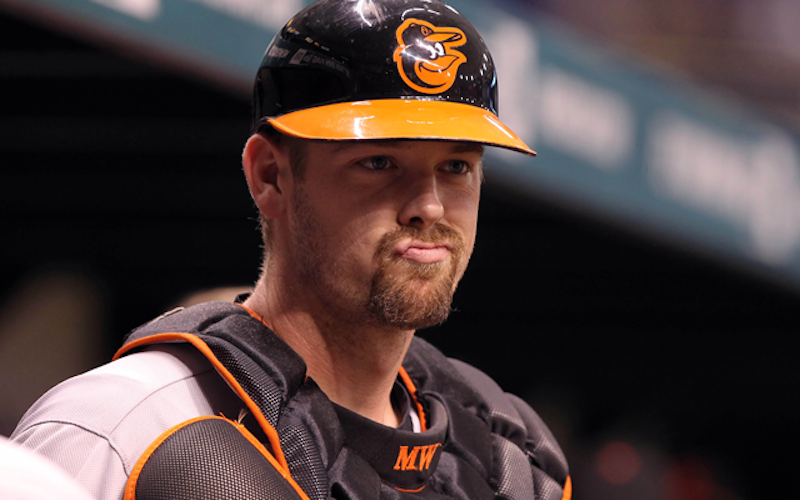 I’m not much of a message board guy, more of an occasional lurker than an active participant. I came across the question “Who’s the most important Oriole?” earlier this week on a popular Baltimore sports site. Jason Hammel may front the rotation, Adam Jones is the face of the team, and Dylan Bundy craps rainbows, but Matt Wieters has emerged as the most important Oriole.

It wasn’t so long ago that some national pundits were claiming that Wieters, the fifth overall selection in the 2007 draft, was one of the biggest draft busts in baseball history. The argument was flimsy and reactionary at the time, and looks downright silly in retrospect. Wieters hasn’t made anyone forget Johnny Bench at the plate but the 26-year-old has been named to the All-Star team and won a Gold Glove in each of the past two seasons. If Gold Gloves are a little too old school for you, note that Wieters was voted baseball’s best defensive catcher by The Fielding Bible in 2011 and runner-up in 2012.

Wieters’ arrival in Baltimore was much anticipated. The young catcher was viewed as a franchise savior and his debut was a marketing boon to the team. Wieters even inspired fan websites before he registered an official at bat in Baltimore. The hype surrounding Wieters’ ascension to the big leagues dissipated when he posted a .695 OPS in 2010, his first full season. The long downtrodden fan base of the Orioles was quick to throw Wieters on the pile with a cavalcade of other once promising prospects who were overhyped and underperformed. Once dubbed “The Switch-Hitting Jesus,” the early returns on Wieters made him look more like Jeffrey Hammonds with a chest protector.

As Wieters enters his fourth full season with the Orioles in 2013 he’s emerged as the backbone of the team’s defense, a steadying force for the young pitching staff, and a valuable middle of the order bat. The projections of Wieters’ offensive ceiling may have been exaggerated but his impact in the field and at the plate cannot be denied. Wieters may be more Jason Varitek than Mike Piazza, but that’s just fine by me.

The Orioles and their fans were hoping for a savior when Wieters was drafted in 2007. The catcher’s struggles in 2010 seem relatively minor with the benefit of hindsight. Wieters will turn 27 in May, just entering the prime of his career, and helped deliver the Orioles to the postseason for the first time in 15 years. The Orioles made their playoff push without Nick Markakis, Jason Hammel and Brian Roberts for a large portion of the season, but they would not have been a playoff team without Matt Wieters. He may not be Bench but he’s irreplaceable and he’s ours.