Genius is the Inspired Use of Information 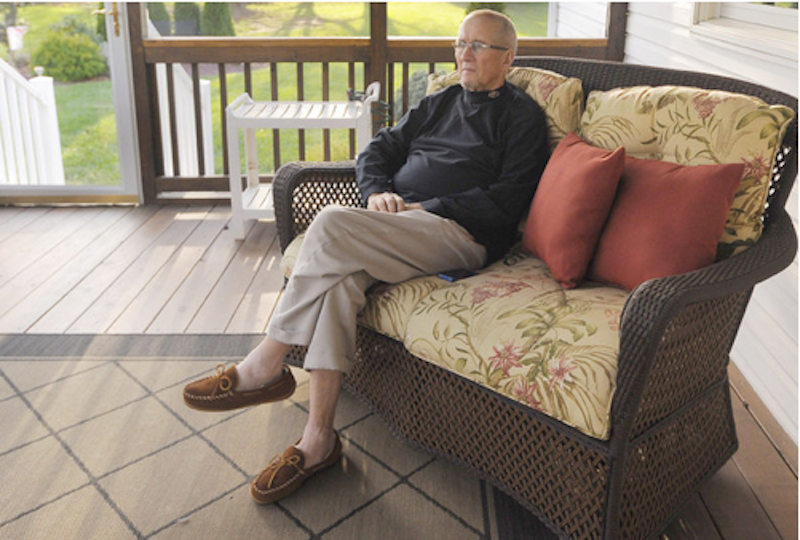 A couple of weeks ago, in what now seems like a lifetime, I sent the following e-mail to Baltimore Talk Show Man Ron Smith: “I accidentally came upon these pregnant words of President James A. Garfield. Consider them in the spirit in which they are sent. ‘I have sometimes thought that we cannot know any man thoroughly well while he is in perfect health. As the ebb-tide discloses the real line of the shore and the bed of the sea, so feebleness, sickness and pain bring out the real character of a man.’ Best wishes, Flip.”

The real Ron Smith has finally been revealed. Ron was a macho Marine with a marshmallow center. Ron and I spent 22 of his 26 years at WBAL Radio on Monday afternoons and many election nights, I as his liberal sidekick and provocateur, doing our “Mongoose and Cobra” shtick to the delight of his conservative followers and to the entertainment of his broad listening audience. We were the “voice of reason” and the “voice of treason” and often it was difficult to discern which was which. Talk radio is in the ear of the listener.

Talk radio. Many call it mean-spirited, conservative, self-indulgent, combative, hypertense and just plain wrong-headed. Listen, they say, to the voices of mostly white (male) America bashing welfare, food stamps, deadbeat dads, Barack and Michelle, illegal immigrants, liberals, the mainstream media, multiculturalism, the Department of Education, the IRS, gun control, compassion, abortion, the national debt and Congress—to offer a partial list of the bellyaches du jour. And Ron Smith did talk radio as well as anyone and better than most. I once asked Ron why he didn’t go for a national audience and a syndicated show. His response was: “I’m comfortable with my life.” Ron did have an unusually elongated audience, though, mainly because of the power of WBAL Radio, whose 50,000-watt signal stretches from Bermuda to Canada and states in between, depending on the time of day or night. And the addition of Internet streaming delivered him regular callers from as far away as St. Tropez, France.

Years ago, there was a TV commercial, Xerox, I believe, whose tag-line was: “Genius is the inspired use of information.” Ron Smith was an extravagantly talented performer—and that’s exactly what talk radio requires—who was proud of being auto-didact (his phrase for self-taught), who read more books than many Ph.D.’s and read more newspapers and reports every day than any news editor, which is also what talk radio demands. Ron Smith had a gift for absorbing and retaining more information than any person I’ve ever known. More important still, he was able to relate it all and when the time arrived on the radio he was ready to duel with anyone—presidential candidates, members of Congress, think tank experts and everyday folks—which he did with alacrity, skill and wit, never nasty and always courteous. Ron once posed what seemed to be a rhetorical question: “I wonder what would have happened,” he said, “if I had gone to college?” To which I replied: “It probably would have screwed you up, Ron, because the classroom requires some discipline.”

Intellectual Ron Smith and personal Ron Smith had different sensibilities. Ron Smith was a poseur but with a smile and a wink. He postured as a curmudgeon. He railed as a misanthrope. He was considered by some a bigot and a homophobe. He lectured as a chauvinist. He embraced entropy. He pretended to be a cynic. And often he was convinced that the end of the world was only a day away. The other Ron Smith was none of those. For he was, at heart, a romantic idealist who set a high bar for himself as well as others and was disappointed by the letdown when his fellow man (and woman) failed to live up to those standards. His conservatism was the old-fashioned kind with a strong moral core—conserve what is good (guns, the military) and get rid of what is bad and evil (government, same-sex marriage, homosexuality, the income tax, to name a few.)

The genuine Ron Smith was in full flower not while the microphone was live with a listening audience but during commercial breaks. It was during those brief intermissions that Ron would pick up the phone, dial his wife June at their home in Shrewsbury simply to tell her that he loved her. And it was during those breaks that Ron and I would forget about politics and the latest global conflagration and we’d discuss favorite books, music, wine and the latest great meal he’d had at his beloved Oregon Grille. On one such occasion Ron said he’d listened to a Beethoven piano concerto (I don’t recall which of the five) en route from his home to WBAL: “How in the hell did he do that?” Ron said.

Talk radio. It spreads by contagion. It’s an electronic town meeting, the Agora of the airwaves. It’s ambient. It’s environmental. It’s radio-active. It’s surround sound. It’s maddening and deafening. The trick to talk radio is making it sound easy—and once you’ve learned to fake that you’ve got it made. Sound easy? Think again. Begin at the beginning: preparation. Read three, maybe four or more, newspapers a day, and a couple of topical books a week, then surf the Internet, scan the wires, and keep an eye on the television monitors for eyewitness news that’ll make earwitness talk. Nobody made talk radio seem as effortless as Ron Smith. Talk radio is kind of an eerie disembodied medium through which lives never physically intersect. You meet people you’ll never see, talk to people you may never hear again, engage with people who may love you, hate you or couldn’t give a fig what you care about. They’re known only as Dan in Havre de Grace, Bob in Baltimore, Arnold in Severna Park, Joe in Falls Church and Irv in Pikesville. Yet they all knew Ron Smith over their car radios and cell phones, the two instruments that resuscitated the nearly defunct AM side of the dial a couple of decades ago. Ron Smith helped to bring WBAL Radio back to life.

And now life is ebbing for Ron Smith. On Oct. 17, Ron announced that he had been diagnosed with stage four pancreatic cancer which had eaten its way, previously undetected, to his stomach, liver and lungs. He said he had decided, after consultation with physicians, to undergo chemotherapy because new drugs offered hope. One month later, on Nov. 17, Ron Smith announced in his farewell column in the Baltimore Sun that he was abandoning the chemical bombardment of his organs because his condition appeared hopeless. He had opted instead for home hospice care and the palliative withdrawal that it offers. And on Nov. 28, Ron Smith announced his retirement from broadcasting and WBAL because he was too weak to continue at his usual exuberant level.

Back to the beginning and the words of President Garfield on character: In his final column, Ron Smith wrote: “What is a mere individual to do? Live as sane and decent a life as you can, love your family and friends and understand that everybody is in this together (italics mine).” Talk show Ron Smith would never have admitted that thought on the air. In fact, on the air he delighted in railing against multiculturalists by insisting that it is impossible for certain of us to live together. And in an interview with the media critic David Zurawik, Ron said: “So what becomes supreme in importance is love, friendships, relationships. Politics doesn’t interest me at all anymore… Who cares?” That’s the real Ron Smith, the romantic idealist and the character, in the end, that President Garfield was writing about. He bid us farewell with his customary dignity, thoughtfulness, grace, remarkable courage and that playful wink that his listeners never saw. Happy trails, my friend.