Polls are showing political sensibilities in Maryland are similiar to the rest of the country, except The Old Line State has more waterways and better seafood. 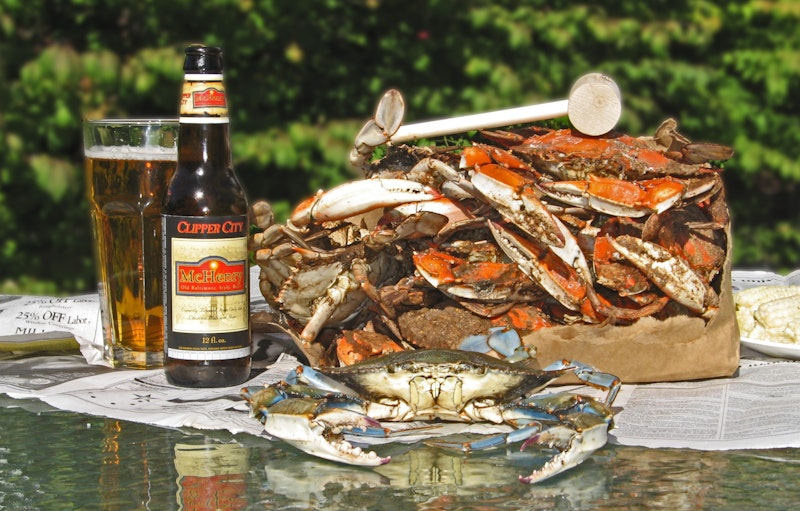 Whoever first said that Maryland is America in Miniature, as declaimed by generations of sloganeers, got it almost right, judging by a sampling of several recent local and national polls. Maryland’s internally not as blue as the electoral maps actually color the state. Election results and voter registrations aside, Maryland’s political emotions, feelings and sentiments are very much mainstream and evenly divided just like the rest of America, even though the state votes consistently Democratic and is viewed as politically liberal.

A juxtaposition of the polls offers a split-image of Maryland and the nation. The most recent survey of Maryland attitudes by Annapolis-based Gonzales Research pegs President Obama’s job approval rating at 55 percent, as opposed to 41 percent disapproval, which is more generous than the rest of the nation. The New York Times/CBS poll has Obama’s favorable rating in the red zone at 38 percent while his unfavorable standing is at 45 percent. Similarly, the most recent Washington Post/ABC survey shows Obama’s job approval rating at 47 percent while 52 percent of those polled say he hasn’t accomplished very much during his first term. Obama’s overall rating in the Post survey reveals a dead-even 48 percent approval and 48 percent disapproval. Views of Obama’s job performance as president are about all that separate Maryland from the rest of the nation and that is due largely to the two-one majority Democratic registration and the 33 percent black population which voted overwhelmingly for Obama who carried the state by 25 points in 2008.

All three polls rank the economy as the number one issue facing the nation as well as affecting respondents personally. Here, again, the Gonzales survey shows that Marylanders are slightly ahead of the nation in their optimism for the future and their confidence in Obama over Republicans in Congress to revive the economy. The Gonzales poll of Marylanders ranks the economy as the top issue at 49 percent—mainly because of an eight point jump among Democrats and an 18 point spurt among independents over the last poll conducted in September. It is the first time in two years that the economy, as an issue, has dipped below 50 percent in the Gonzales poll though still, by far, voters’ greatest concern. By contrast, the Washington Post/ABC national poll shows that respondents believe that Republicans are more effective at creating jobs than Obama by 51-45 percent and that Republicans are more adept at dealing with the economy than Obama by 57-41 percent. The same survey reveals that voters believe, by 58-35 percent, that Republicans are more likely to solve the budget deficit than Obama. By contrast, in The New York Times/CBS poll more voters (44 percent) trust Obama to revive the economy than Congressional Republicans (40 percent).

The area of social issues is where Maryland and America blur into similar views and intended consequences. Gonzales Research is the only one among the surveys reviewed that polled voters on the current hot-button issues of same-sex marriage and illegal immigration. Its findings parallel those of most national surveys. To wit: Maryland is statistically evenly divided on the issue of gay marriage, with 49 percent in favor and 47 percent opposed. The highest disapproval rating of same-sex marriage, 60 percent, is among blacks. This attitude is reflected among black members of the General Assembly, where Gov. Martin O’Malley (D) is expected to submit same-sex marriage legislation this week. House Speaker Michael Busch (D-Anne Arundel), who supports the legislation, is taking the unusual step of assigning the bill to two committees to improve its chance of passage in the House where it was withdrawn last year for lack of a few votes after narrowly passing the Senate.

Similarly, Marylanders are evenly divided statistically on the state’s version of the Dream Act, which would permit in-state college tuition for certain children of illegal immigrants. The legislation was signed into law last year and has been petitioned to referendum on the November ballot. Twelve states have laws granting in-state tuition to children of illegal immigrants. Almost contradictory, while the economy tops the list of concerns and is followed by education (12.6 percent), illegal immigration placed dead last on a list of 10 voter concerns at 0.5 percent. The twin issues of gay marriage and the Dream Act illustrate, though, that the Maryland General Assembly, as a collective, along with Gov. Martin O’Malley (D), are more liberal than the constituents they represent.

Commentators and analysts like to cite Maryland as one of the most liberal states in the Nation. But being Democratic does not equate with being liberal. Maryland is Democratic by tradition more than anything else and the majority of the party is clustered in the five subdivisions along I-95—Montgomery, Prince George’s, Howard and Baltimore Counties and Baltimore City. The Nine Eastern Shore counties are Democratic, for example, but as a region it’s among the most conservative in the nation and now represented by a Republican in Congress as it has been for many more years than Democrats. In fact, Montgomery County, which is more of a good government county than the liberal bastion it is purported to be, until only recently had been represented by more Republicans in Congress than Democrats. In the past half century, Montgomery has sent four Republicans to Congress and only two Democrats.

The comparison of polls may not be precise science because of a difference in methodology and sample sizes. But they do provide a broad sketch for comparing Maryland’s voters with those in the mosaic of other states. Polls are not absolute. They reflect attitudes at a given time and they are more of a reading of a respondent’s personal situation than an objective measure of the outside world. But it is an article of faith within the polling fraternity that any two reputable polls conducted at about the same time will show approximately the same results.

The attitude of Marylanders toward the economy, for example, may be rosier than the national sample because Maryland’s unemployment rate is more than two percentage points below the national average. And it helps that Maryland is among the wealthiest states in the nation with a larger population of millionaires than any other. And the sensibility of Marylanders toward Obama is that of a friendly next door neighbor who is a frequent visitor to the state. What’s more, Marylanders may have a more generous view of government because fully 26 percent of the state’s workforce is employed by some level of government—federal, state or local. Finally, half the state, and the two most populous counties, gets its news and impressions from the media market that is the nation’s capital which covers the White House like it’s the hometown beat. Other than that, the political sensibilities of Marylanders are very much like the rest of the nation except that we have more waterways and an abundance of succulent seafood.