You Can Go Home Again 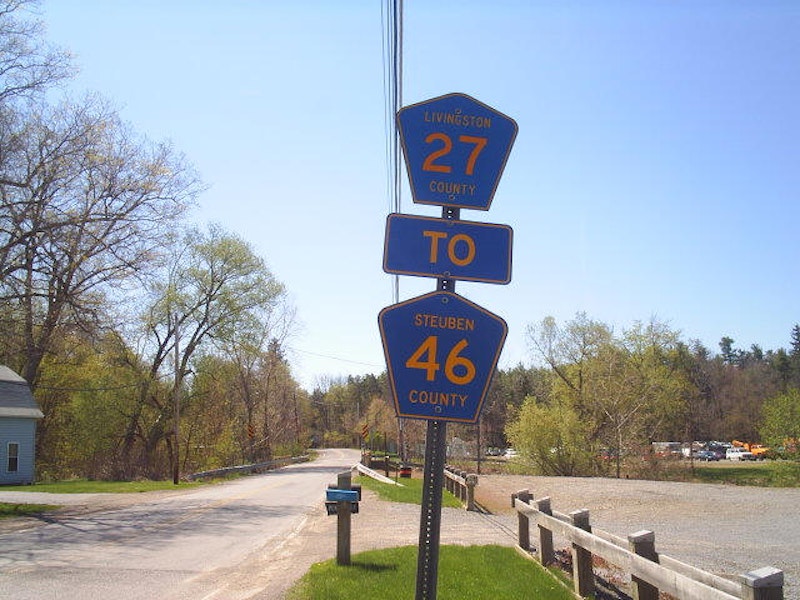 When people ask where I’m from, I can’t help but give them a story: although I was born in Manhattan, my parents moved to the boondock hills of Western New York when I was four, robbing me of my metropolitan birthright. I spent the majority of my youth pining for the big city; aware that the conservative, slow-moving suburbs were leagues away from where I wanted—needed—to be.

I don’t loathe my hometown; I’ve written about spending time in Dansville, NY before, and it’s a fine place to raise a family if you fancy the quiet life. But Appalachia is no place for a queer kid, at least it wasn’t when I was growing up there at the dawn of the new millennium. My classmates assumed I was gay for five years because I’d dumped a girl who thought bisexuality was gross. Later, I’d tell a longtime friend that when he and others had made those jibes, they weren’t so much wrong as they were unimaginative.

That’s as much a dig on me as it is on everyone else. Transness was unthinkable when I was growing up. The only exposure to the concept of trans women I had was in the back of my dad’s crinkly copies of New York Press, the escort sections tucked away in our bathroom cabinets for strategic use. It was a quietly fundamental part of my awakening, but one that reinforced what I was explicitly being taught every day: heteronormativity was the only way. A queer’s life, when they weren’t being fetishized by nervous straights, was full of beatdowns and ostracization.

So I was nervous enough about staying at my mother’s place last summer, when I was figuring out once and for all that I wanted to be a girl; a large part of me wasn’t looking forward to a return visit once I’d come into my feminine glory. But my mother was retiring, and I hadn’t made a trip upstate since that last wonderful, terrifying July. I had to bite the bullet.

As Amtrak spirited me westward, I nervously wondered what my reception would be. Would anyone from my past be outright hostile or violent towards me? Probably not. I crossed my fingers. More likely, I’d just get a lot of passive aggression and ignorant questions—when are you getting The Surgery? Are you sure you’re not just gay? Such a shame you couldn’t just be happy with your body the way God made it.

It was with those imagined attacks echoing in my ears that I made plans with friends I’d not seen in the better part of a decade. Each time I left my mother’s house, it was with fresh anxiety: whom would I see? Was my presentation such that I’d make a good second first impression? Would my old cis girl friends judge my makeup or lack thereof?

As it turns out: none of the above. Visiting my old high school, the only remotely uncomfortable interaction was when my former librarian and History Club advisor had to pause to take in my new look before greeting me; my other teachers were unilaterally pleased to see me, as were old family friends and former classmates. I spent one day catching up with a close friend and meeting her husband and two children before running off to a long dinner with a former crush whose unconditional support and compassionate sisterhood left me speechless. The next night, I spent the evening with a coterie of nerds whose Cards Against Humanity shenanigans gave me hope for my pals incorporating my transness into their humor (there’s nothing worse than feeling like the people you love are walking on egg shells around you). I even gave a crash course in gender theory to my surrogate mom (still love you, Actual Mom) before paying a visit to two other friends who’d gotten married since high school and to whom I didn’t even mention my new femmy outlook.

Every one of those interactions was positive, and I didn’t have one negative. As I packed my bags onto the train home, I couldn’t help but marvel at the unexpectedly splendid time I’d had in a region I once resented more than anything. Had I been mistaken all those years? If I’d come out as trans years ago, would those around me have rallied and lifted me up? Was there always room for me in their hearts?

Well, maybe. The jocks still would have beaten me up, though. A girl can dream, but let’s not get ludicrous.