And what that says about my promiscuous past. 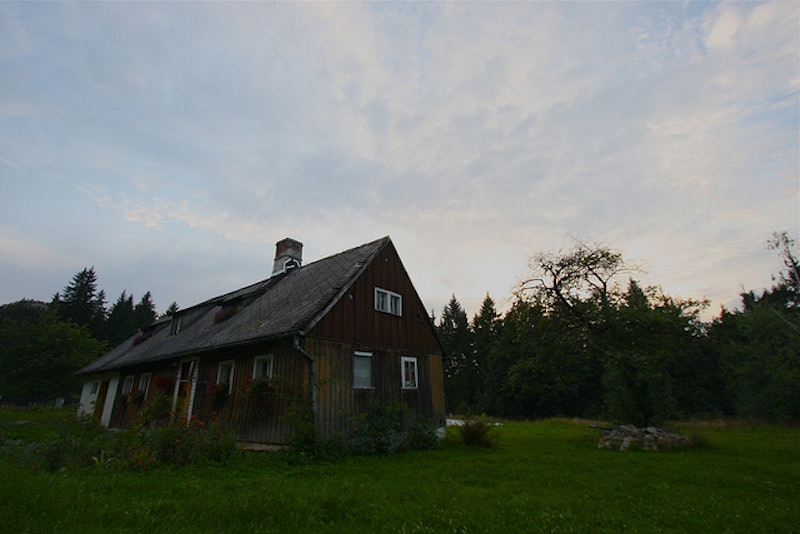 I started thinking about promiscuity after seeing a New Yorker profile of Anna Faris, who stars in the new comedy What’s Your Number? While I haven’t seen the film, I did watch the trailer and so this, along with skimming the review, makes me feel like I can confidentially speak about the movie’s content, which is about a young woman who reads in Marie Clare that any lady who has slept with over 20 guys is a used-up bag and will never find a man to marry her. The heroine, having slept with exactly 20 men, revisits ex-boyfriends in the hopes that she missed the right one the first time around, will recognize him with a second glance, and won’t have to attend a friend’s upcoming wedding without a date. The filmmakers had a hard time choosing a number that was high enough to seem a plausible barrier to marriage yet not so high that women in the audience wouldn’t be able to relate to the story, and 20 it was. That figure doesn’t seem an especially large number of sexual partners to me, but I looked to the Kinsey Institute for statistics and it appears the average American heterosexual female has only four partners in her lifetime. Four. This floored me. I’m a lesbian, and yet I’ve had sex with more then four men. Even more shocking was the Kinsey Institute's data on heterosexual men, who apparently have an average of only seven sexual partners in their lifetimes, a number I surpassed approximately five minutes after coming out. (I’m certainly not alone in finding these numbers surprisingly low. When I ask a straight friend to guess the number of lovers heterosexual women typically have, she said, “Oh God. This is going to make me feel like a slag. Twelve?”)

The exact number of people I’ve slept with is debatable. A couple of summers ago, some friends and I tallied our numbers on an old flier that was folded up in someone’s purse, writing down names or initials or occasionally descriptions of former lays if details were fuzzy. Drummer. Green bike. The girl with the giant tattoo of Tori Amos as a fairy. As the summer went on, we added names and tally marks until the flier was covered. That was an especially busy time for me. It was hot and I drank a lot and threesomes really shoot your numbers up. The list is long gone—as are the girls who were with me as we wrote it, moved on to new cities or even monogamy and marriage—and it’s even harder now for me to remember the names and faces of the people I’ve slept with than it was then.

The exact number of sexual partners I’ve had varies because I change my definition of sex according to if I regret an encounter or not. A one-night stand with someone who looked remarkably similar to Pat Buchanan next morning? Well, your underwear never made it below the knees so you can take that one off the list. Drunken hookup with girl who who kept repeating, “Slap my vagina! Slap it!,” lasted just three minutes until you ran to the bathroom to vomit the tequila that got you in the situation in the first place. Subtract that one too. This is a benefit of lesbianism. While it’s difficult to argue that heterosexual intercourse is anything but, women-who-sleep-with-women really do have different definitions of what exactly constitutes sex. For some dykes, it’s not real until the toys come out from the box underneath the bed. For others, a hand outside panties counts, and for others, the only sex is oral sex. There is so little universal agreement that you occasionally find that someone you’ve slept doesn’t consider what you did sex. Take that one off the list too.

For the majority of my life as a sexually active person, I was happily promiscuous. If people wanted to sleep with me, I thought, I must have at least some appeal. I might be a shitty cook and have feet so small that I buy shoes a size too large so it doesn’t look like I’m about to tip over, but at least I could get laid. I didn’t pursue sex because I’m a hypersexual or even sexy person; it was always less about sex itself and more about getting a rare sense of accomplishment. My work lay unfinished on my desk, my laundry made it to the hamper but not the washing machine, my bills were always delinquent and I finished tasks so infrequently that my to-do-lists were filled with entries like, “wake up,” and “brush teeth,” just so I’d have something to cross off. But when I was slutting around, I would decide to get laid and then do it. Chasing sex was an excellent distraction from all the other things I wasn’t doing, and so at least after meeting someone at a bar and going back to her place or mine, I felt like I’d followed through with at least one thing.

I don’t feel this away anymore. The older I get, the more I employ my creative subtraction of lovers. While I’m not ashamed of my past, I wish I could take back roughly 70 percent of the people I’d slept with because most of it wasn’t just meaningless, it also wasn’t that good. Much of the sex I’ve had has been orchestrated by ingesting large amounts of alcohol, and even if women don’t become impotent with too much booze, we get whiskey dick of the mind—an inability to concentrate on what’s happening, much less enjoy it. Drunken sex is rarely worth the hangover, and I no longer consider getting laid anything but a sign that I need to take my to-do lists more seriously.

Thankfully, even if I’m not proud of the notches on my bedpost, the community I’m in is largely non-judgmental about these things. There have been a couple of exceptions, when I’ve learned that my reputation as a slut has hurt my chances of being a slut, but in general, my people don’t judge. Despite the joke about lesbians bringing U-Hauls to the second date, queers get around. This is especially true of young urban homos, who seem to forgo monogamy in part because it’s the thing to do. For these folks, being in a relationship isn’t hip or progressive or queer, but being in lots of relationships—and sleeping with lots of people—is. Personally, the idea of a truly open relationship, where your girlfriend might have other girlfriends, is unappealing. Casual sex with multiple people is fine, but when you add the word relationship, there are state-of-the-union discussions to be had, which are about as interesting as the NPR pledge drive when you can’t get any other stations. The one time I was in an open relationship, a last ditch effort to save something unsalvageable, we spent way more time talking about our feelings than actually sleeping with other people. Not worth it.

The actual girlfriend/girlfriend relationships I’ve had—the kind where you hold hands not just as you leave a bar together, but also during the day when you’re not even drunk—started out with sex. We met, we hooked up, and only later did we decide to get breakfast or watch movies or spend nights in bed not having sex at all, just spooning and sleeping. This is hardly rare. Hooking up is the first step in contemporary courtships. I’ve never been friends or even acquaintances with any of my exes before we slept together. Perhaps this is why those relationships failed: because we were physically intimate before we even knew each other’s middle names or favorite foods beside pizza. And when those girlfriend/girlfriend relationships failed, I was always very sad that I will do anything to avoid breakups. I have stuck with relationships far past their natural expiration dates just because I can’t deal with the post-breakup depression, and so when I’m in a relationship, I’ll stay with my girlfriend no matter what, even if it means weekly dinner with her great aunt who eats only soup and takes her teeth out before she slurps it down. The simple way to avoid this is to be single. Even a not-great relationship is better than a not-terrible breakup, and so I’d rather forgo relationships entirely than get sad for days because I saw my ex holding hands with someone whose feet are a normal size. Or, at least, that’s how I used to feel.

My avoidance of relationships is changing. I’m still terrified of breakups, but one-nights stands have lost their appeal. Like Anna Faris, I’m approaching 30 and going to other peoples’ weddings and watching my friends buy houses and start gardens and raise puppies with their partners. Unlike Faris, I’m not afraid that my past as a slut will mean a future alone, but I am tired of getting drunk just to get laid, of exchanging phones numbers that I’ll never call, of repeating the same mistakes with different people. I don’t know if Faris gets what she wants in the end, but I suspect that she finds someone to love, not just because it’s a movie, but because we all fall in love in the end. We’re human and we need each other and so we try out different people. We find new mates or go back to old ones until that final relationship comes along, until we find the person we will grow old and ugly with despite our shitty cooking and our tiny feet and a number we sometimes regret.