There Is No Heaven, Part II 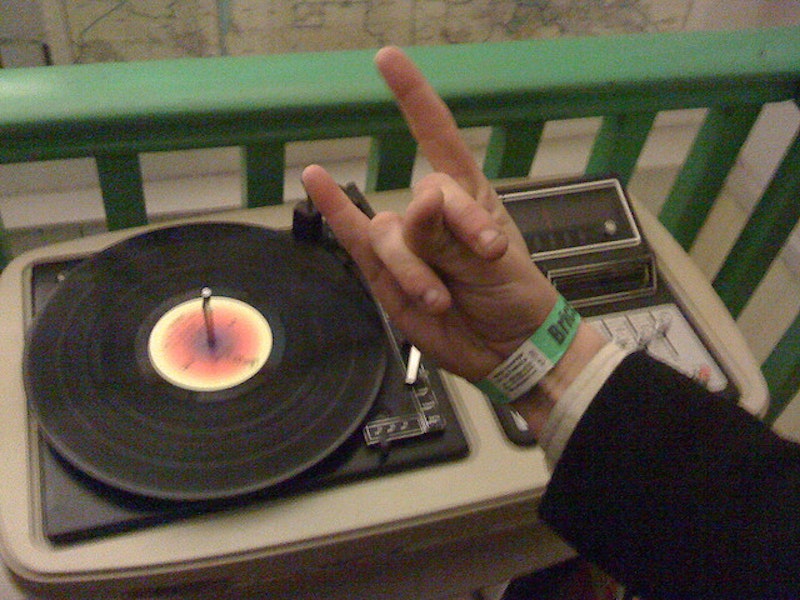 The lack of religion in our young lives was a point of contention for our grandparents. For them—two Baptist, two Catholic—a life without God spying on your every thought was no life at all. This is how they raised their children, and it’s how our parents would have raised us had they not lost their faith.

Both of my parents were religious kids. They didn’t just go to sermons because they had to; they wanted to. They really believed in Heaven, Hell, Salvation and Punishment. My father grew more involved in his Baptist church after having what he describes as a “deeply religious experience” while at a Christian summer camp. He says he remembers little about this experience other than he felt God as an almost tangible force, but perhaps he’s just embarrassed to have once felt the presence of a god that, to him, so clearly doesn’t exist. But back then, he believed.

A few years after his revelation, my father began studying at the American University of Beirut. He was one of the few Americans in a school populated by Arabs and Europeans. He was also one of the few Christians. There was no church to go to, but he silently prayed over meals and read the Bible his parents had given him just before his plane took off for the other side of the world.

In 1967, just before my father was to graduate, Israel attacked several neighboring states. My father watched Israeli bombers fly over his adopted home on their way to kill Arabic civilians. These neighbors were enemies because they had different stories about how the world was made, about who owned sacred lands, and my dad saw this as much as he had seen God a few years before. He was evacuated from Lebanon and spent the next year traveling in Europe and Asia, doing what he wanted without God to ruin his fun. The transition from Christian to agnostic to atheist took years of thought and analysis and the works of Marx and Nietzsche and Darwin, but by the time I was born, there was no Jesus in our house.

At the same time that my young father prayed at Good Hope Baptist Church, my mom was committing to the Father, the Son, and the Holy Spirit. A model student at St. John’s Catholic School, my mom planned to become a nun. She would’ve been happy to sacrifice marriage and kids and sinning to serve God and the Pope. She wemt, with her younger sisters, to St. John’s each morning, their hands in prayer, whispering to Jesus as they walked. When my mom was 16, she attended a school dance with a few friends and their dates. The girls wore modest party dresses and the boys wore coats and ties. The rest of my mom’s friends passed through the door to the gym decorated with streamers and a real band playing, but my mother and her date were stopped at the door by the headmaster, Father Matthews. Father Matthews, soon to be Monsignor Matthews, accused my mother and her date of showing disrespect even though they hadn’t said a word since they arrived, even to each other, nervous about this new thing, dating. An obedient Catholic, my mother didn’t protest. Father Matthews called my grandfather and demanded that he pick up his daughter. When my grandfather arrived, furious, he saw my mom—the most pious of his daughters—was as humble and polite as always. The problem wasn’t that my mother was misbehaving; it was that her date was black.

The next day, Father Matthews called my grandfather to inform him that his daughter had been expelled from St. John’s. He gave no explanation. My grandfather pulled the rest of his seven children out of Catholic schools and enrolled them in public schools for the first time. Sometime between graduating from public school and the end of the Vietnam War, my mom found the Rolling Stones, birth control, activism and atheism.

Like my mom, my grandparents never forgave the church for what Father Matthews did. When I spoke to my grandmother recently, she told me that she had a wonderful time celebrating her 85th birthday at the slot machines in Atlantic City and that if she saw Father Matthews today, she’d kick him in the shins.

Although our parents rejected religion in their own lives and never made it a part of their kids’ lives, they realized that banning us from attending church could lead to teenage rebellion, and dabbling in Christianity was better than vandalism and skipping school. When my older brother Adam wanted to join a youth group, they didn’t object, and so he went to a church basement on Sunday evenings to hang out with his friends and eat cookies and drink soda that the Christian moms brought. Adam didn’t pray with the others during youth group, but he bowed his head politely and didn’t mention that our pet beagle’s name was Darwin.

My brother’s attendance at the Cullowhee United Methodist Church youth group ended after the pastor screened Hells Bells: The Dangers of Rock ‘n Roll. Through careful analysis of the lyrics of Van Halen, Led Zepplin and Metallica, the host—who struggled with a love of rock‘n’roll until he saw the light—revealed the consequences of the devil’s music. He played songs backwards to reveal Satanist lyrics and showed videos of Gene Simmons, his face painted, his tongue wagging dangerously, obviously not a man of God. Along with spiritual degradation that would surely lead to promiscuity, violence, drugs and suicide, Hells Bells claimed that listening to loud rock ‘n’ roll could cause brain damage. In the vein of the then-ubiquitous television commercials that showed an egg in a sizzling frying pan with a stentorian voice warning, “This is your brain on drugs,” the movie claimed that rock ‘n’ roll could boil an egg and, therefore, your brain. Adam, who listened to Nirvana loud enough to leave him with a permanent ringing in his ears, was done with youth group.

The school science fair was around the time my brother quit youth group. To our parents’ delight, Adam decided to disprove Hells Bells. His research was impeccable. He started with a control group—half a dozen white eggs sitting in silence. He then placed another group of eggs in front of a speaker blasting AC/DC at 120 decibels. The family stood at the end of the driveway during that phase of the experiment because the music was so loud that it was actually painful. Afterwards, when Adam cracked both the control group eggs and the experimental eggs, they were all raw. We had omelets for lunch.

Adam displayed his project with pictures of Mick Jagger and Gene Simmons cut from Rolling Stone and Polaroids of his eggs pre- and post-exposure. He typed up his aim, hypothesis, methodology and results: Hell’s Bells was based on misleading information.

While our parents have been proud of plenty of our accomplishments—they framed my pictures from art class, gave Betsy a globe when she won the sixth grade geography bee, clapped at talent shows and cheered at swim meets—it was Adam’s science fair project that they really treasured, despite the fact that he didn’t bring home a medal and the speakers were never the same.