There Is No Heaven, Part I 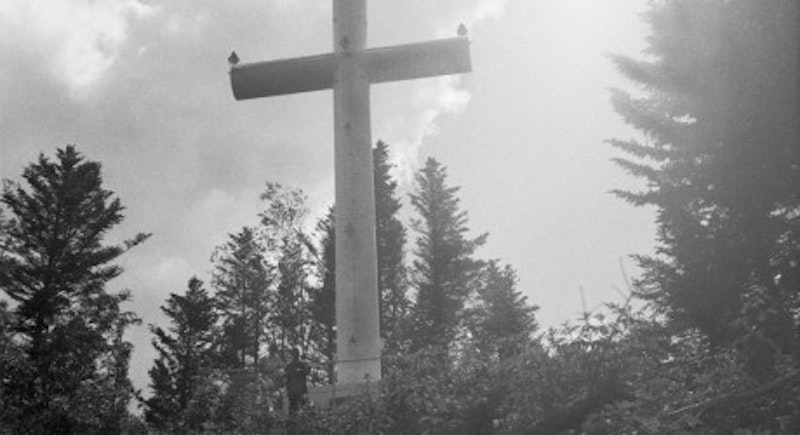 I lost my innocence in July of 1990. Not yet the part of summer when malaise settles in and even the town pool is tiresome, my twin sister Betsy and I were happily eating white bread and mayo sandwiches one afternoon when our dad walked into the kitchen and announced, “There’s no Santa! And there’s no Easter Bunny!”

After we went back to school the following August, Betsy and I entered a new set among our peers: the non-believers. We considered ourselves worldly and mature because we knew the truth. Elevated above the believers, this made up for losing Santa. We were both cruel and kind with our knowledge. He still believes in Santa. We said it loudly to be mean, softly to be nice—recognizing that with knowledge, comes power.

But Betsy and I were not merely non-believers when it came to Santa; we were non-believers when it came to God. We would have blinked and continued to eat had our dad walked into the kitchen and announced, “There’s no God!”  Our parents never indulged in creation myths or dreams of everlasting life, not even to comfort us when our golden retriever died. Would we see her in Heaven? No, we would not. There is no Heaven. The only thing good to come out of Christianity, our parents told us, was soul music.

Of course God was a myth. He created the planet in six days, made the first woman out of a man’s rib, and his son’s image appears on shower mold and pieces of toast that the faithful find and save. Ridiculous. The Bible, the supposed true account of the origin of life, seemed like a really long novel with sticky pages. Besides, if God were as kind and benevolent as people said, he wouldn’t have let my new bike get run over when I left it in the driveway.

For this, we were different from our neighbors. Our atheism in a rural town in the Appalachians made us seem rare and misplaced. When one of my third grade classmates asked where I was baptized, I didn’t know what she was talking about. What was baptism? I had heard of Hell, of course, but I didn’t know that Hell was your soul’s final home just because your parents hadn’t put you in a white dress and let a preacher dunk you in river.

I was both fascinated and terrified by this strange Christian ritual. Did it hurt? It sounded like it hurt. I didn’t want to wear a white dress or get dunked in the river, but as my peers talked, I started to think that I’d be the only person in my class to land in Hell. Bobby Queen gave us Indian burns on the bus, but he’d get into Heaven just because his parents had prepared his mortal soul. I made my bed with hardly any fight, and yet I was going to Hell just because I had never been baptized. I was furious with my parents. They, after all, were safe. When I told my mom that I wanted to be baptized no matter how much it hurt, she said that it was fine if some day I wanted to join a church, but there was plenty of time to think about it. She made salvation seem like drinking or sex—adult things that I was free to choose but shouldn’t until I was a little older. And when I was older, I chose to believe my parents instead of my neighbors.

In my rural hometown, more than one of my eighth grade classmates went over the mountains to Dollywood, Tennessee, to marry older boyfriends, a ring in one hand and a permission slip in the other, and yet my siblings and I were the only children around who weren’t believers. But even with neighbors who believed that my family would be left on the apocalyptic planet while they ascended to sunny heavens, I am glad I grew up there, a few miles down the road from a 60-foot cross on the top of Mount Lyn Lowry. There are no suburbs, no sprawl, no leash laws or automatic sprinklers in my Christian hometown. There aren’t even neighborhoods—just small collections of houses occupied by generations of the same family: the Queens in one valley, the Hensleys in another. It is my home, God-fearing and un-air conditioned, with 3,574 believers and my little family.