The Pickle of Our Time 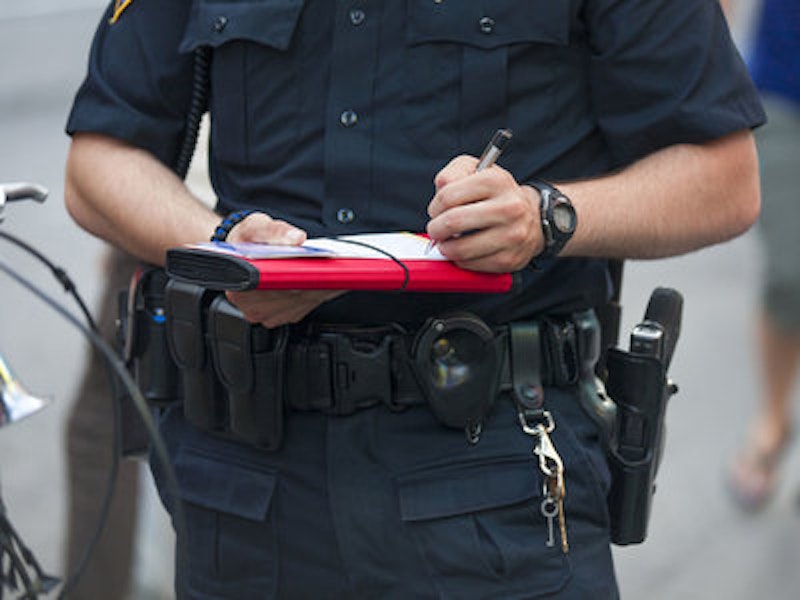 This is a painful story, but the ending makes me smile. The point of it is that I live among foreigners, chiefly French Canadian, and they have a style that I like. But to see how much I like it, first you must witness how I suffered. I got caught in a pedestrian speed trap. I was legally shaken down by the city. I was money-harvested by a cop. I mean that I looked both ways and then crossed a narrow side street in a quiet neighborhood, a street I’ve crossed in this fashion for years, and as I reached the far curb, a small policeman appeared before me and said I’d broken the law by crossing against the light.

He gave me a ticket and said I could pay it online, downtown at city hall, or at my bank. I figured my bank was closer than downtown and safer than online. Online meant doing the transaction myself, and I’m a fool about dealing with processes and forms. Somebody experienced ought to handle them instead. A bank teller, if the city officials are too far away. The teller at my bank accepted the task with confidence and briskly whapped rubber stamps into the squares that awaited on the tickets. I walked home feeling that the worst was behind me. I’d paid, and that very day.

Little did I know that I’d stepped on a rake. A few business days after paying, I called the city to see if the payment had gone through. The man on the help line muttered at his computer. This was strange, he said, the ticket was gaché, cancelled. My heart wobbled. There are moments when bleak reality remakes itself and light’s allowed where none seemed possible. I really thought the cop had changed his mind.

“No,” the man said. “He, uh, the ticket, it is not correct, and the police must file again so he is right.” The man was speaking to me in English, and doing so cheerfully, but it wasn’t his language. French is what the city government speaks.

We established this: the cop had a year to re-file the ticket, and I’d be notified when he did. Then I’d pay. But I already had, I said. The man demanded what bank, then turned dark when I told him. My bank couldn’t process ticket payments, he said. There was an agreement the bank wasn’t party to, and this had been the case for, oh, three or four years. The news gave me much to think about, but the man and I agreed that the best thing was for me to have the payment cancelled. I ran to the bank.

There I spent 10 or 15 minutes in tense conference with the branch manager, the teller who had helped me, and another teller, one whose window happened to be next to that of the first teller. All agreed that the payment couldn’t be cancelled, no matter what. They also held that they were certainly authorized to pay tickets. I said somebody at the bank should call the city and see if the two bureaucracies could arrive at one thing to tell me, as opposed to two contradictory things. This course was ruled out. I don’t know why. I was trying to get at the reason when they asked to see the ticket, which naturally I’d forgotten to bring. I huffed back to my apartment, found the ticket, and huffed my way to the bank once again. There my ticket and its stamps were examined and no problems were found. The teller who’d done the transaction assured me they handled city tickets every day, as a matter of routine.

Back home I made another call to the city. The person I got this time took a look at my file and saw no mention of a ticket. She asked when I’d been given the ticket and when I’d paid, and then said it was too soon for the system to tell me anything. Call back next week, she said, call back... her mind thumbed through the English days of the week... call back Thursday. Tuesday. Call back Tuesday.

I will. In the meantime, I don’t know what hit me. But here’s the happy ending. Yesterday I told my story to Marie-José, the kind and lively woman who sometimes pinches and hauls my limbs in an attempt to straighten them out. (She’s a roofer, which is an expensive form of body work.) We spoke in English, because Marie-José’s English is markedly better than my French.

Marie-José enjoyed my telling of the story. A smile, a rueful smile, broke out as she listened. When I was done, she summed up for me. “Bien,” she said, shaking her head, “you are caught in a bureaucratic trap that is so much the pickle of our time.”

So there’s that. I’m not happy, but I’m a good deal happier than I would have been otherwise.