The News Gets Me High 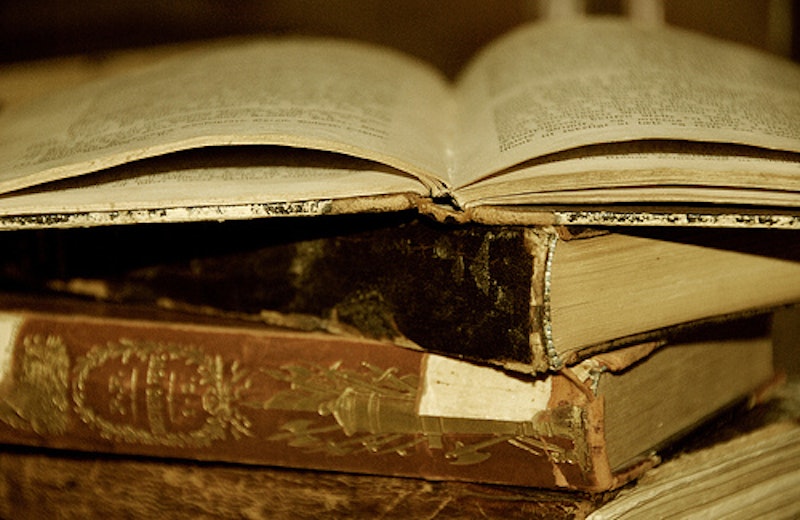 Since my March return from six months living in India, the most difficult transition hasn’t been the expected cultural adjustment as much as a major lifestyle adjustment. In retrospect, I don’t know why I thought seeing friends and family, speaking my own language, would feel like such a drastic change. Almost four months after coming home, though, I’m a bit overwhelmed by something completely absent from my India experience: free time.

In India, my every waking moment was spent working, studying language or traveling. I barely slept during the week, and on weekends I raced around Asia, briefly seeing friends, or catching up on work. Although the last few months have seen plenty of running around visiting people and preparing for graduate school, my study and workload have been drastically decreased. Now that the exhaustion has finally worn off, I’ve become increasingly uncomfortable about the way I take advantage my newfound leisure time. I’ve become addicted to the news.

Keeping up with current affairs is no doubt an important professional priority, but as I get more and more news from the Internet, I wonder if I’m using my time wisely. In India, I fantasized about reading all the books I never had time for, and though I still read before bed every night, I find my progress slow and feel myself drawn to the computer at all other times of day. Instead of lying in bed reading on my days off, I hurry downstairs, peruse my family’s Washington Post, fire up the computer during breakfast, and dive into the day’s content.

Surprisingly, the Internet has also been siphoning time from less noble pursuits like watching television or DVDs. Even when I am in front of the TV, I find it harder and harder to pull myself away from the computer screen and actually pay attention to the action at hand. I still have a stack of DVDs I’ve been meaning to watch for months. When I do watch one of these movies or finally on-demand that episode of Treme I missed, I feel a bizarre sense of accomplishment, as if I did something real. The Internet as a medium leaves me so unsatisfied. Its ephemeral click-to-click nature makes even the original zombie box, television, feel substantial and satiating. At least, as this Slate article from last year details, there is actually an explanation for my new obsession. Apparently, the same brain functions that drive our desire to seek out basic needs—food, shelter, a mate, or even information—are stimulated by the constant clicking on the Internet. Discovery, surprises, and anticipation all produce tiny dopamine rushes, further fueling our insatiable quest to find. We are built to be exhilarated by searching.

Some of my time online is without question frivolous. The practical benefits of scouring sports blogs, finding new music, and reading Hipster Runoff (hipsterrunoff.com) are limited, other than these are things that make me happy. But the majority of my time is spent reading news and news analysis. I’ve been traveling the past couple of weeks, and it was strange coming home and feeling like I had no idea what was going on, as if the accelerated news cycle was just waiting to pass me by. I am beginning to worry that surpassing a certain level of Internet-informed is simply a compulsive exercise or, more insidious, a subconscious
way to show off at parties.

I’m not worried about watching less TV, but I fear that the skin-deep world of daily (and hourly) news is usurping my news-gathering and otherwise-enrichment from long-form places, especially books. The news as it appears on the Internet (as well as in newspapers and in most magazines) tends to be a snapshot of the world, a collection of the minutia that paints the mural. Moments of turbulence and stories dependent on timeliness thrive in this environment, filling in the day-to-day gaps when one is trying to understand what’s happening on the ground. But it is not in-depth. Beyond the unsatisfying physical response to the Internet Rush, I feel that I am coming down on the wrong side of a conflict between two definitions of being informed: whether it’s better to know a little bit about everything or a lot about a few things.

The Internet’s quick-fix news helps you know what’s going on, but books help you truly understand. Spending hours at my computer, reading five similar takes on the deficit debate or sifting through the occasional story about Turkmenistan may not be a waste of time, but it isn’t the best use of time. Surely the minutes expelled on such topics could easily translate into reading a book on deficit spending or on the instability of former Soviet nations. Beyond wasting time, knowing only a snippet about what’s going down in Ashgabat may be seriously misleading. The one story you read may paint a wildly inaccurate picture, while with the depth of a book—even a biased one—at least gives you some sense of scope.