The Hunt for Cash Money

Considering the art of babysitting and other pick-up jobs for teenagers. 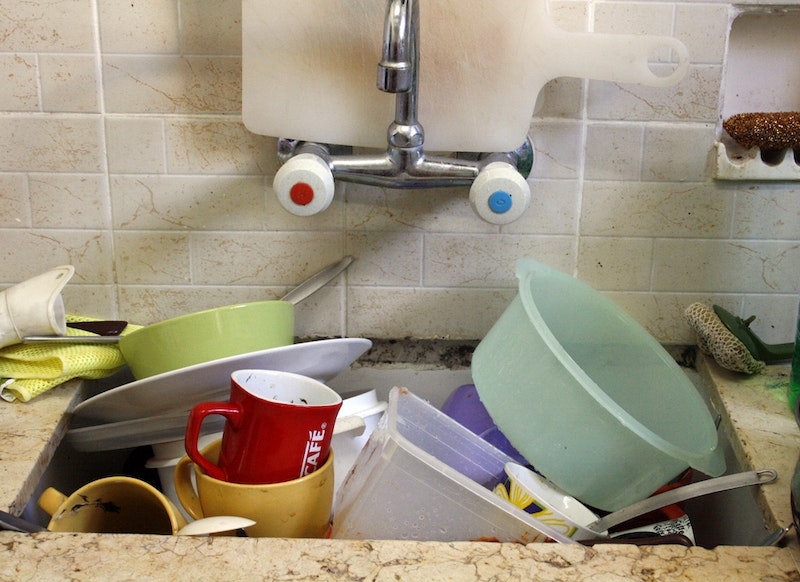 One night last week, while watching the inevitable ALCS playoff preview pitching duel between the Rays’ David Price and Yanks’ CC Sabathia, my 16-year-old son put down the copy of A Raisin in the Sun he was reading for English class, and announced his plans to take on a part-time job at a local restaurant. On the assumption Booker was just trying to get my dander up, I shifted back to baseball, trash-talking the Yankees, but he persisted in detailing this scheme. The pitch was that a 20-hour-per-week job would fatten his wallet and relieve me of shelling out for discretionary items like volumes of manga, anime DVDs, iTunes and the like.

Booker shrugged off my reasonable response that while a part-time job was indeed industrious, it’d be nearly physically impossible considering that he rises with the crows to catch the seven a.m. bus to school and doesn’t get home until after five in the afternoon and then spends a good portion of the night doing homework. Washing dishes for four or five hours, I said, would exhaust him, make everyone else in the household miserable as well, and was just not in the cards. We eventually dropped the subject.

Upon reflection, I can understand why he’d raise this brainstorm—whether it was fleeting or not—since he’s often heard stories about how my brothers and I, raised in less economically fortunate circumstances, would pad our own bank accounts during the school year. All five of us picked up stray jobs during the school year, although the school we attended, while fairly high caliber in the public school system of Huntington, New York, wasn’t nearly as demanding as the high school Booker attends. Anyway, he excused himself, worked on some geometry exercises and went to bed, dreading his 6:15 iPhone alarm the following morning. That left me, as is natural for a fellow my age, to muse about the past, and I nearly called my longtime friend Elena in Manhattan to reminisce about the various hijinks we engaged in at the age of 16. Of course, it was past 10 p.m. at this point, and as Lay has teens of her own and would welcome a nostalgic phone call on a weekday night about as much as another property tax hike from Mayor Mike Bloomberg, I sort of had a conversation with myself instead.

In fact, during the fall and spring—when my main source of income from shoveling snow and mowing lawns dried up—it wasn’t easy to scare up extra bucks. So, when I was a ninth grader, realizing that our immediate neighborhood—14 houses on a steep hill—was teeming with kids under the age of 10, I swallowed my pride and sent out a makeshift advertisement offering my services as a babysitter. The flyer was a corny takeoff of positive movie blurbs, such as “Rusty Smith is the odds-on favorite for this year’s Babysitter Oscar award”—Vincent Canby, The New York Times. Now, this was a less tolerant era, when such work was a girl’s domain, and the potential for ribbing from my buddies was nearly a certainty, but I forged ahead and landed two steady appointments a week, on average, and did make a lot of dough (I think the going rate then was $1.50/hr.).

(I wasn’t exactly a fearless trailblazer on the then unforeseen unisex front. I remember one time in 1975, as a college junior, talking to my friend Hans, and noticing that he’d just procured a small, tasteful gold earring that looked really cool in a Mr. Clean sort of way. I briefly considered going the same route myself, but chickened out, fearing a misrepresentative vibe it’d give to the young ladies, but I admired Hans’ self-confidence for not caving into the social stigmas that existed at the time.)

But babysitting was a breeze: once you put the kids to bed, about an hour after arriving, there was plenty of time to do homework, watch television, yak on the phone or even invite friends over for small gatherings. My main client was a husband/wife team who ran a pharmacy and they’d often not return until one or two in the morning, and if it was that late they’d feel guilty and fork over a couple of extra bucks. One time, however, when my friends Sue, Ruthe, Hoblock, Dave and Elena and I were enjoying a warm spring night on the Schwartz’s porch, they came home early, and though we weren’t stoned or causing mischief, this was a breach of the rules and so I was put on hiatus for three weeks, until they realized they couldn’t find another teenager who was willing to mind their children until well after midnight.

One Friday night, feeling a bit restless and rambunctious, I took a mason jar and mixed up a brew of various potables from the liquor cabinet, including gin, whiskey, vodka and Champale, and then, on the short walk home, sat in a neighbor’s driveway and chugged the concoction. It tasted awful, and predictably enough, during the middle of the night I woke up and barfed all over my bed, which was most unpleasant. Making matters worse, far worse, was that our house was for sale at the time, and on that Saturday a prospective buyer was coming by at seven a.m. This was a dilemma: feeling like absolute dogshit, I nevertheless had the presence of mind to get up, open my bedroom windows wide, gather the soiled bedding and surreptitiously ditch all of it in the nearby woods. My mom was none the wiser; or, if she was, had the good manners not to bring up the issue with me.

Babysitting fees have shot up since my youth—in fact, I think they’ve outpaced inflation just like college tuition—and Booker does take the occasional request for child-minding services from our very generous next-door neighbors. Yet, even though we live in a friendly Baltimore neighborhood, there isn’t the same interaction between families as a generation ago, which limits my son’s chances for pick-up work. Unlike the Peyton Place/Father Knows Best cauldron of bonhomie and intrigue in my old neighborhood on LaRue Dr., where the parents socialized regularly and the kids played football, baseball or board games together after school, I’m guessing that the relative isolation of families in my neck of the woods today isn’t uncommon. There are a few holiday parties, a brief hello if you’re retrieving the morning newspaper at the same time, and that’s about it.

That’s just modern life, for better or worse. Consequently, my son can crack the books instead of dishes at a part-time job.