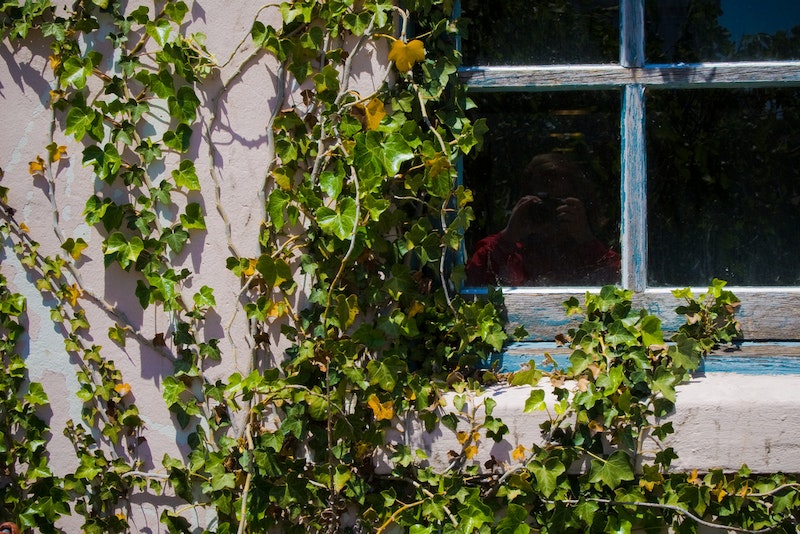 The vines are taking over.

I noticed about five years ago that it seemed as if more and more vines were enveloping more and yet more trees. Then The Washington Post ran a story about how vines are thriving because of increased carbon dioxide in the air. I felt better when they confirmed my suspicions, because running around telling people the vines were taking over was making me look like Chicken Little.

Here in Maryland, the vines are completely choking out the trees on the sides of roads all over the state. Because I live on the Eastern Shore, which is sort of a swampy, muggy place, I figured vines and bugs were just becoming a bigger part of our maddeningly humid rainforest existence over here. Poison ivy is super-sized now and hangs menacingly from trees beside nature trails.

I thought it was “just us,” but then I drove to Boston and back. Now I can confirm that the vines aren’t just taking over my state—they are taking over the entire East Coast (or at least the states between Maryland and Massachusetts.) Up in Boston, because the vines have gone haywire and grown all over each other to the point where they have spilled over onto roads and sidewalks, the state has actually erected signs that read “THICKLY SETTLED.”

I think these signs are odd. It’s like, “look, there are fucking vines everywhere, so we’re acknowledging it by purchasing and installing signs to warn you, but what the hell are we supposed to do about it? Move along, car.” Of course, this is the state transportation department that spent about 100 billion dollars effing up the Big Dig, so we how could we expect them to keep roadside vines trimmed?

On the New Jersey Turnpike, they’ve cut back many of the vines away from the highway, and I noticed on parts of 95 they’ve cut down vegetation for about 10 feet from the road, then covered the roadside areas in gravel to try to keep the ravenous, crawly vines at bay. Sometimes, when you look on the sides of highways, you can’t even see trees anymore, just huge haunted-looking topiaries of vines like the ones in The Shining.

Apparently, the South is getting choked out by vines as well. Scientists are blaming carbon dioxide:

A survey of two forests in South Carolina over the past two decades has revealed that vines such as grapevines, trumpet vine, poison ivy and Virginia creeper have been infiltrating the areas at increasingly higher rates, especially in newer woodlands. Researchers evaluated the difference in vine density in an old-growth forest in South Carolina's Congaree National Park and a newer forest along the Savannah River and found that the number of vines in the older forest had doubled within 12 years, while there was a 10-fold increase in vines in the newer forest.

You don’t have to look closely to see abandoned houses that have been completely eaten up by the vines, which seem ready to drag them back underground. Lately, the world seems to be in the throes of the Uma Thurman “Poison Ivy” character from Batman, who is sluttily going around sprinkling her toxic green glitter, enabling her vines to conquer all.

Is anyone besides me noticing there are a.) way more bugs and that b.) they are WAY BIGGER now? I swear there are bugs the size of small mice hitting my windshield.

Bugs must love vines, because they’re thriving, too. Mosquitoes the size of dragonflies and dragonflies the size of bats and hornets that will sting you into next week are ruining outdoor picnics everywhere. I seriously think the whole thing is like a bad 50s horror film Attack of the Killer Vinebugs—complete with a badly animated vine monster surrounded by airplane-size flying killers engulfing innocent cookie cutter homes and children on bikes.

I swear I’m not a lunatic, but I am worried. For the trees. For the children. For our future. Vineophobia is a real condition, people. Obviously we need someone to do something about this. An environmental superhero. (And no, not Al Gore.)

Someone who can fight back the vines, save the planet, and look hot in tights while doing it.