The gap between the Indian upper class and everyone else. 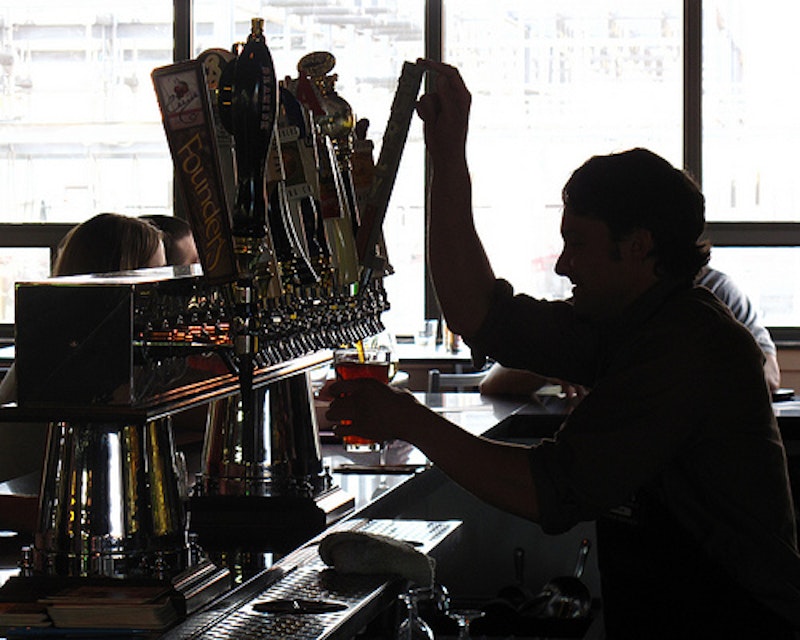 My heartbeat started ramping up as the autorickshaw slowed down. I’d been to some rough parts of Delhi, but the way an Indian friend talked about this neighborhood market had me quite concerned. It was the only place I’d ever heard him describe as “bad.” He said a lot of kids hung out there, drinking, doing drugs and sometimes having sex. When he suggested we get dinner there, he did so with a mischievous, nervous giggle and a “You have no idea what you’re in for” wide-eyed glance. My mind instantly built a horrifying image: street children swarming in gangs, robbing and pick-pocketing outsiders; teenagers walking heroin profits across the market to Taliban cartels; old people shooting drugs next to kids screwing in dark alleys. Nothing about my time in India would have suggested this, but my friend never spoke about kids doing all this.

We stepped out of the auto and walked across the street to the market. We turned a corner and… and I was shocked. It was one of the cleanest, nicest-looking markets I’d been to in Delhi. There were open-air food stalls, air-conditioned cafes, big restaurants and even a multi-story Ruby Tuesday. The market was filled with impeccably dressed 18-25-year-olds sitting around chatting—mostly in fluent English. This was the Delhi upper class, the elite. The parking lot could have been a Mercedes-Benz or BMW dealership.

India was far more conservative than I had ever expected. It was still bizarre to see how taboo having a girlfriend or boyfriend was—the way people spoke about premarital kissing seemed on par with the way I feel about premarital three-ways. What was even more surprising was the deeply conservative attitude toward alcohol consumption. The legal drinking age—though it is not enforced—is 25 in Delhi. Friends made me swear I wouldn’t mention their drinking to anyone—mutual friends, their family, their friends’ families, colleagues, etc.

The few bars and clubs in the city are found only in the chicest hotels, the ritziest neighborhoods, and the backpacker ghettoes—catering to foreigners and the one class of people in Delhi that actually go out: the upper class. A few of my Indian friends spoke very disapprovingly of what they saw as the decadent, spoiled children of the upper class, even saying that they weren’t real Indians—they were more Westerners than locals. Now, this is certainly not universal. Of the places I visited, the attitudes in Mumbai seemed to have a much more vibrant and local drinking culture. And while a lot of the talk felt to me like prejudice bluster, there are certainly are differences between the classes¬—at least in terms of outward behavior.

Several nights a week, my posh neighborhood’s market would fill up with SUVs and German luxury cars. Designer-clad girls and boys would make a scene loitering drunkenly outside bars, talking very loudly, smoking cigarettes and even sometimes kissing before stumbling off to their cars and drunkenly driving home. It was certainly a contrast to the rest of Delhi society. Aside from a beer with dinner that I had with an upper class friend, the only drinking I did in Delhi took place in the home and only with the eldest males of the home. Women and children always remained in a different room, occasionally popping in to serve snacks or meals. We almost always drank whiskey and soda they were virtually always mixed by the man of the house. A couple told me it was their time to be away from family and talk about everything, a safe place to be honest. Drinking outside the house was a rather vulgar, public waste of money, something done to show off.

It’s difficult to separate these “moral” gaps from the very pronounced material gaps that exist between the upper class in India and everyone else. The flashy clothes and cars seemed to stir up just as much resentment among my sub-upper-class acquaintances as the kids kissing at the mall. I found myself in a precarious situation: even though I secretly wanted to go to the bar or go dancing at a club, my closest friends—either because they didn’t drink or didn’t like to do so out of the house—never did. I did make some very close friends that I didn’t want to offend by seeming to ditch them for the kids they didn’t care for, or, worse, giving them the impression that I was some immoral spendthrift that was only a nice kid on the surface. It was stifling sometimes, trying to find my place on the moral and class wavelength, trying to stay able to make friends from all parts of the spectrum.

One of the best parts about coming home has been the freedom from judgment. When I tell people here that I have a girlfriend, they don’t have a million follow-up questions or stare at me in disbelief or wariness. As puritanical as our nation’s reputation can sometimes be, I am able to have frank conversations about dating or sex with friends and acquaintances from both sexes. And best of all, I can do so over a drink at the bar without feeling bad about it or worrying who will find out.