Poe would have a hard time topping that torture. 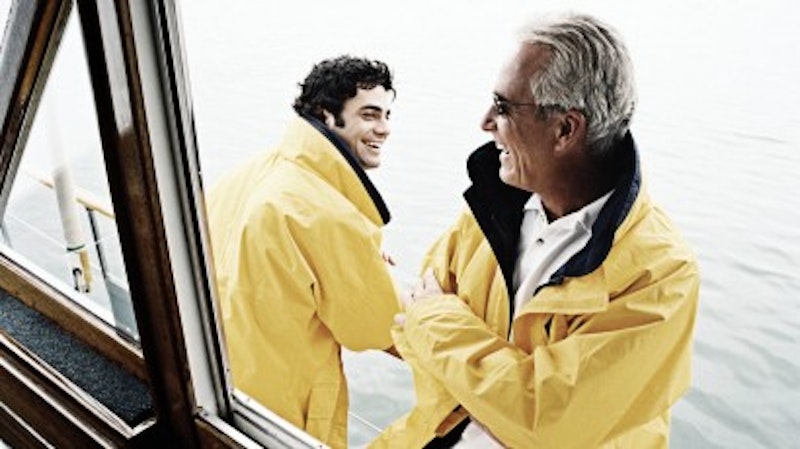 There was no Dodge Caravan the in the driveway the other day when I dropped by my parents' place to see if the old man, Pastor Bob Lott, wanted to go get some grub. He was there when I peeked my head in the door, but not for long. A friend from church would come by in a few minutes to whisk him off to a meeting. Dad tried to explain further. I waved him off. The truth is, I have never been happier not to have lunch with someone. It meant that his existence has finally returned to something approaching normal, and that his wife, children and friends can now get back to our regularly scheduled lives.

Dad had moderate knee and back problems for a few years, but in 2012 he started to deteriorate rapidly. His new physical therapist recommended an MRI, which found a cyst on his spine. It was pushing up against a couple of vertebrae and affecting his nerves south of that point. The cyst was simultaneously deadening the sensation in and shooting agony down the same leg. The limb thus felt like it was falling asleep except for all those searing hot flashes of pain. Poe would have a hard time topping that torture.

So we picked Dad up and boosted him through the hoops to get scheduled for cyst-removal surgery just after Christmas. This sort of operation has become less invasive over the years, which is both good and bad. The good part is, less cutting means less pain and less time for recovery. The bad part is, insurance companies now strongly encourage doctors to do "outpatient" surgeries. We brought him to a special surgical unit in nearby Bellingham, Washington. The doctor operated and we took him home the same day, only hours later.

Dad coming home right away was not bad, in theory. We were content to look after him as he recovered, but none of his immediate family members are medical professionals. And this, it turns out, matters. Nurses and doctors, by training and by experience, know what to expect from patients. They have ready access to medical remedies when things go wrong. We had only a vague idea of what to expect and a small supply of stupidly non-renewable pain pills.

We did not expect, for instance, that Dad would be in so much agony after the surgery as the long-repressed nerves woke up; or that his meds would render him not just loopy but highly emotional in a John Boehner sort of way; or that the surgeon's office would be impossible to deal with as his pain pills were set to run out well before he could bear the full weight of it. My kid brother Christopher finally drove to the office and refused to leave without a prescription.

Dad's voice was low, raspy, dead and ghostly. The brothers Lott were prepared to care for and see our usually vigorous father take on some of the trappings of old age during recovery—even using our late grandmother's walker to steady himself. Listening to him was another matter. He spoke through a dense fog of pain and painkillers. The only real signs of life for the first several days were the deep groans he would emit involuntarily.

He returned to us slowly, then all at once. Dad's spine healed and his nerves adjusted. He was no longer aching for the next pill, which Mom cut back and back again. The fog dissipated off of his memory; the walker was mothballed; and his appetite was kick-started when a certain son waved a slice of Milt's bacon pizza under his nose. Thought I might tempt him again the other day, but we both had lives to resume.