There's no way to be perfectly safe, but  women shouldn't have to live with an everyday fear of perfect strangers. 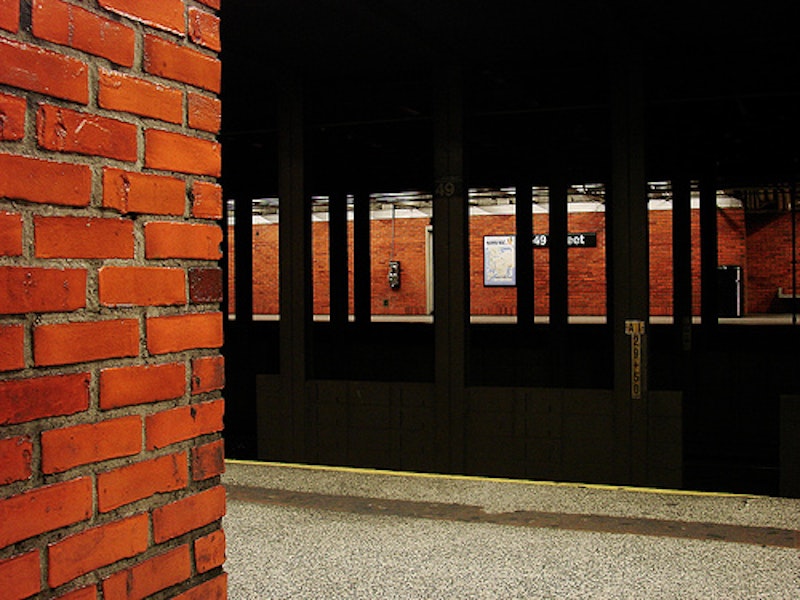 In the four months since friends and I moved from our small, suburban college campus to Manhattan, we have all had to adjust to this reality. We've had experiences that caused fear, frustration and, in some cases, sheer rage. We've been followed, we've been catcalled and we've been groped on the subway. One of my friends dealt with the catcall culture shock by blogging about it. Another bought herself a can of pepper spray. The move to New York forced me think more seriously than ever about the lengths to which I'll go to protect my personal safety.

Last Friday night, on the subway platform at Bryant Park, a man was watching me. When the train arrived, he got into the same car as me. I sat down, observing that he chose to stand about six feet away from me, staring all the while. With every subsequent opening and closing of the subway doors, he edged closer until finally he was within arm's reach, standing over me as I sat resolutely staring straight ahead. Too uncomfortable to stay put, I got up and moved to another part of the car, and he continued to watch. When I got out at 145th St., he got out too, walking behind me as I made my way up the stairs to ground level. Reaching the top of the stairs, my heart was pounding with adrenaline and fear, and I made my way straight to the station manager's booth, babbling incoherently about a fictional problem with my Metrocard, watching out of the corner of my eye as the man made his way out of the station.

Was I in any danger? I can't say for sure. Did I overreact? It's possible. Would I do anything differently, given the chance? Absolutely not. The choice between overreacting and appearing paranoid, or under-reacting and risking danger, is--for me, at least--a clear one. But it's one I wish I didn't have to make.

Dealing with sexual harassment in the form of catcalling, groping and more on a daily basis has been one of the more confronting parts of life in New York, and we're not alone. This is a challenge that women all over New York and the world over face every time they step outside. But even more upsetting than the daily reminders that, as a woman, you're always vulnerable, is the effect that this knowledge has on how a woman sees the world and how she relates to the men around her.

Perhaps the man last Friday night was no threat to me. But that's not a chance I can afford to take. Every day women in New York face sexual harassment of varying degrees and those experiences have taught us to be wary. They've taught us that safe is better than sorry. And they've taught us to assume the worst of the men we meet. The pseudonymous blogger Starling, writing at Shapely Prose, put it best when she wrote:

When you approach me in public, you are Schrödinger's Rapist. You may or may not be a man who would commit rape. I won't know for sure unless you start sexually assaulting me. I can't see inside your head, and I don't know your intentions. If you expect me to trust you--to accept you at face value as a nice sort of guy--you are not only failing to respect my reasonable caution, you are being cavalier about my personal safety.

It is entirely possible that the man on the subway was a nice sort of guy who had no intention of intimidating me, let alone harassing me or, God forbid, raping me. Is it fair that he, or any other nice sort of guy, should be viewed with suspicion or fear that they've done nothing to earn? Of course not. Is it fair to make assumptions about a person based solely on their gender? Of course not. But in a city and a culture where women face sexual harassment and the threat of sexual violence every day, fear and suspicion aren't just understandable. It's plain common sense.

My encounter left me shaking and anxious and awfully glad to get home and close my front door firmly behind me. It also left me feeling deeply saddened. Don't get me wrong: I know that no one is ever perfectly safe anywhere, let alone in New York City. But I don't want to have to view every strange man I encounter as Schrödinger's Rapist. I want to feel safe--we all do--but more than that, I want to be able to trust in the kindness and goodness of strangers. I want to exercise a right I believe all women, and all people, should have: the right not to live in fear of our fellow citizens.