Memories of the Finger Lakes

There are few more enticing places in the United States. 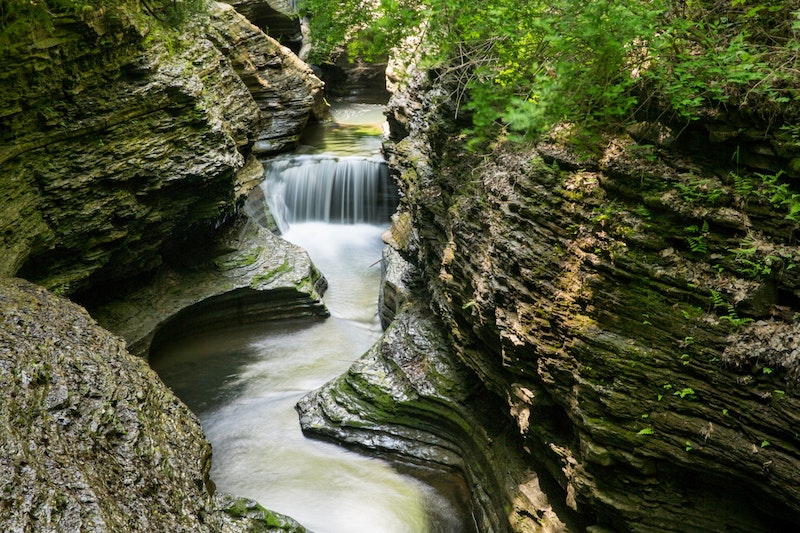 Last Thursday was one of the last perfect autumn days of the year in upstate New York. It was 75 degrees and the sky was blue, with the sun highlighting the slightly faded red and gold hues of the leaves. I was lucky enough to spend the day on Seneca Lake, which provides 38 miles of scenic highlights in the Finger Lakes region—76 miles if you drive up and down both the east and west sides, which I recommend. If anyone reading this found themselves in a lovelier spot on this particular day, I'd love to hear about it. But it's unlikely. At best, perhaps you matched my experience with your own convergence of natural beauty and salubrious weather. Sometimes you find yourself in just the right spot on just the right day, and all you can do is count your blessings because it may awhile before it happens again.

First, a sketch of this spectacular region located south of Lake Ontario. "Finger lake" is a geological term that refers to a long, narrow lake in a deep glacial valley. Of the 11 roughly north-south Finger Lakes in an area that spans 14 counties along 80 miles of rolling countryside, the four main lakes are Cayuga Lake, Seneca Lake, Keuka Lake, and Canandaigua Lake. Seneca Lake, known as the “The Lake Trout Capital of the World,” is the deepest of them, with a maximum depth of 618 feet. Keuka Lake, with its unique "Y" shape, also has good fishing (lake trout, brown trout, smallmouth bass, and pike), but it offers much better swimming because it's not as deep as Seneca, and therefore warmer.

Keuka Lake was a magical place as a youth, just a short drive away that promised fun and new experiences. And anyone who's spent any time on a lake knows that you always feel better with miles (20 of them in Keuka's case) of water spreading out in front of you. The lake is like a cocoon that isolates you from the hum of everyday life. In addition to the positive psychological effects, you don't see people going to work or carrying on with the rest of the mundane activities of quotidian life. Instead, you're at a place where everyone's come to to relax and enjoy themselves which creates a palpable energy.

As a kid, a family friend who was an avid fisherman with a "cottage" on Keuka taught me how to "troll" for lake trout using a small fish known as a "sawbelly" as live bait. With something resembling a long sewing needle, we'd run the fishing line along the sawbelly's backbone, just underneath the skin. Then we'd tie on the hook, and put some weight on the line so it’d sink down to where the trout were and swim around. Letting out about a 100 feet of line with the boat moving, we'd chat and wait for a bite. Very little activity is required for this kind of fishing. Catching a five-pounder one summer day at around age 14 was one of the biggest thrills of my young life, and it made for a fine meal. I didn't catch a bigger fish until about 13 years later, when I caught a couple of 20-pound Chinook salmon while fishing from a boat near the Golden Gate Bridge. I couldn't eat both of them, so I sold one to a restaurant manager across the street from my place in Mill Valley, California.

Growing up in the Finger Lakes, Keuka was the only Finger Lake that we'd go to as a family for a week during the summer. It's the first lake I ever fished in, and the place where I learned to water ski. Somehow I made it up on my skis on my first attempt. That happened right offshore from the summer home of our family friends, the Flynns, a family in possession of both the spirit and the expensive equipment necessary to maximize the lake's pleasures. One of the Flynns’ relatives had built a diving apparatus that we used to explore the underwater environment of the lake. Made of metal and resting on your shoulders, it formed an enclosure for your head with a viewing window in front. A garden hose was attached, allowing someone with a bicycle pump to deliver fresh air to you as you walked along the lake's bottom. You could stay underwater and observe aquatic life as long as that person was willing to keep pumping.

In addition to a motorboat for water skiing, the Flynns also owned a sailboat that was associated with the Finger Lakes. It was on their K-Boat  that I sailed for the first time. The K-Boat is a 16-foot, single-hulled craft designed and built by Murray Wright in Dundee, N.Y. from 1940 to 1970. The Flynns had all the bases covered. If the water was smooth, we'd water ski; if the wind kicked up, then it was perfect sailing weather. When the weather was bad, and in the evening, we'd play board games—especially Risk.

But that was years ago. I've lived away from the Finger Lakes for a long time now. The changes I've recently witnessed were a pleasant surprise. There are now quality wineries and breweries throughout the region. Just get in your car and stop at the first one that looks interesting and offers a nice view. Take a beautiful drive over to another lake and hit another one if you feel like it. On Thursday, we had lunch and drank some wine at Wagner Vineyards Estate Winery. We had Gewurtztraminer and Riesling, and both of them could hold their own at a wine tasting in California's Napa Valley. It's great to see the region coming into its own. It was already great. Now it's even more fun to visit.