Saying Goodbye to My Father-in-Law. 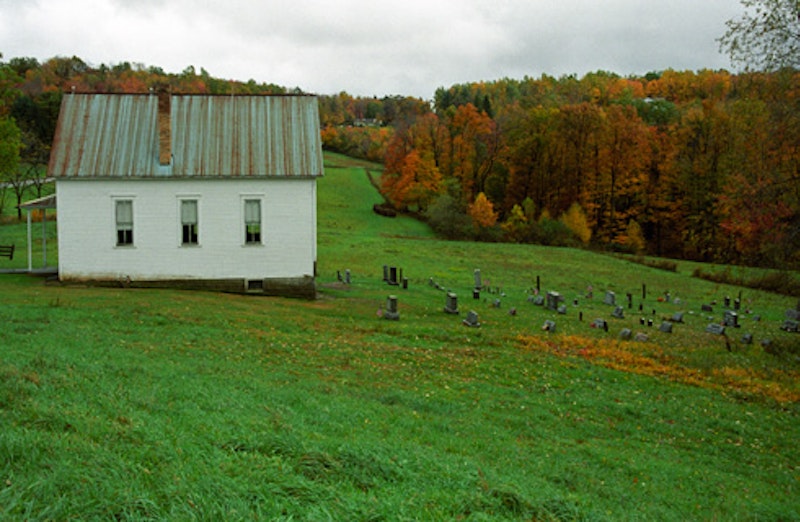 My father-in-law died a little while back, and we drove the 10 hours to Appalachia for the funeral. He'd had brain cancer for about a year, and was unable to stand up or to recognize his daughter for months, so it wasn't a surprise.

What was a surprise was that my mother-in-law asked me to deliver the eulogy. You might think she asked because I knew Fred well. And you'd be wrong. Fred wasn't an especially easy person to know, and in the 10 years I'd been married to his daughter, we certainly hadn't become close. I think he liked me well enough—my wife did me the favor of dating some real losers while she was in college (the guy who urinated in the salad bar at Denny's is especially memorable), so I had a low bar to clear in impressing the in-laws. I probably did know the single most important thing about him, which is that he loved his grandson, my son, more than anything in the world. But even so, I was an odd choice for the eulogy, at least if what you wanted was someone who had a lot to say about the deceased.

So why me? Well, it's not a mystery or anything. My wife's family is a fairly taciturn lot; I, on the other hand, write for a living, and have to some extent inherited the irritating public pushiness of my Semitic ancestors. They picked me to do it because they figured I'd be willing. And maybe because they thought I could get through it without crying. And because I'm family.

They were right; I was willing, and I figured I could probably make it through without crying, and I'm family. So I parked my Jewish butt up at the front of the little Baptist church (which Fred would never have been caught in alive) and listened to the preachers sing the bluegrass songs that Fred loved, and make carneyesque demands that we all join the congregation, which he would have hated. And then I gave the eulogy, mostly composed of stories my wife and her mom had told me. I talked about how he would let our son drive the truck when he was two years old. He'd sit on Fred's lap, and Fred would let him steer. And my wife and I would say, "Gah! Don't do that!" And he’d completely ignore us. Which was one of his talents.

Of course, that story about the truck isn't just my father-in-law's anecdote; it's my anecdote too. So while in one sense it's true that I didn't know him all that well, in another, I did know him because we shared the same stories and loved the same people. Or, to put it another way, I am married to his daughter.

Which is a thing about marriage that I think people tend to downplay. Marriage is often advertised as an expression of love between two people. Which it is, partly. But the expression of love is much less about declarations of devotion and much more about being part of each other's lives. That's why the gay marriage debate has rightly focused on topics like visitation rights in hospitals; marriage is much less about having kids, or having sex, or being in love than it is about being there. In a lot of ways, at least in my experience, it's not love that leads to marriage so much as the other way around. It's your life together that makes your love.

And in this case that love is my father-in-law. When my wife and I got married, he took a bunch of photos and cut my head off in every one, as if in some muted protest. When my son was born at home, he came up to help clean, and while my wife and I collapsed in the bedroom, he picked the newborn up and held onto him for hours, despite the desperate efforts of my mother-in-law to pry her grandson free. He was part of my life. One of the gifts my marriage gave me was the chance to tell him goodbye.