Nixon’s combination of bad luck and bad strategy doomed him. 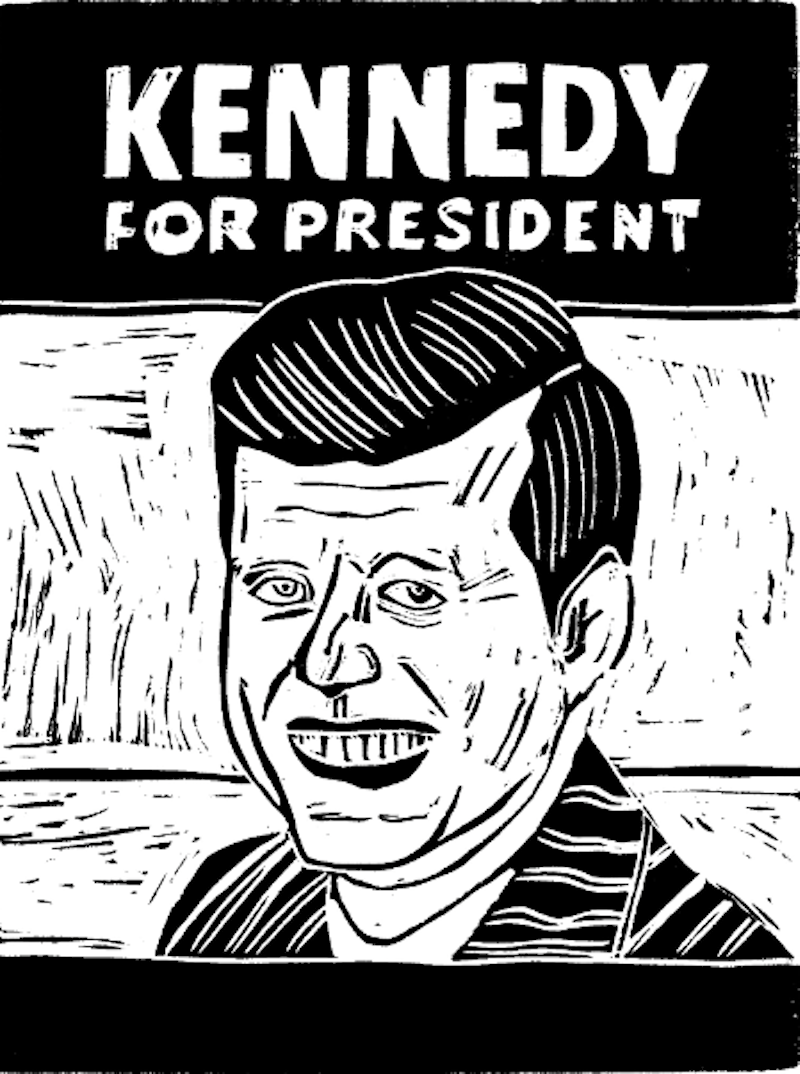 It was August 1960, three months before the presidential election and the polls gave Richard Nixon a slim lead over John F. Kennedy. Nixon had the advantage as current Vice President under Eisenhower and Republican strategists were labeling Kennedy as "too young and inexperienced." There was also suspicion of Kennedy's Roman Catholic religious affiliation. Some Protestants feared Kennedy would take his orders directly from the Pope in Rome.

In a speech before the Greater Houston Ministerial Association, Kennedy addressed the issue directly. "I am not the Catholic candidate for President. I am the Democratic Party's candidate for president who also happens to be a Catholic. I do not speak for my Church on public matters and the Church does not speak for me."

Nixon's campaign was plagued by bad luck. In a televised interview, a reporter asked President Eisenhower to cite an example of a major idea Nixon contributed during Ike's presidency. Eisenhower responded, "If you give me a week I might think of one." This undercut Nixon's claim of having greater experience than Kennedy. Democrats turned the comment into a TV commercial.

Nixon suffered a serious knee infection that caused him to lose two important weeks of campaigning. He also pledged to campaign in all 50 states and ended up wasting valuable time visiting states where he had no chance to win or those that had few electoral votes. (He spent the final weekend before the election in Alaska, while Kennedy was in Ohio, New Jersey, Michigan and Pennsylvania.)

The candidates' choices of running mates were crucial. In a move later deemed a "stroke of genius," Kennedy chose Texas Sen. Lyndon B. Johnson. Kennedy and his brother Robert despised LBJ for his attacks on their family, but the candidate recognized he needed the support of traditional Southern Democrats, most of whom had backed Johnson as the Democratic nominee.

Nixon chose former Massachusetts Sen. Henry Cabot Lodge, Jr. as his running mate. Lodge made numerous campaign mistakes including a pledge—not approved—that as president Nixon would appoint a black person to his cabinet. The remark was viewed as pandering by blacks and also offended Southern whites that still supported segregation.

1960 was the first year the presidential debates were televised. The first debate would be the turning point of the campaign. Nixon had not fully recovered from his knee infection and looked pale, sickly and tired. He also refused makeup causing his bearded stubble to show prominently on the black and white television sets of the era. (After the first debate, Nixon's mom called him to ask if he was sick.)

Kennedy took time off before the first debate. He relaxed and acquired a generous tan. As the debates began, Kennedy looked calm and confident while Nixon appeared irritable and ill at ease. Subsequent studies claimed that TV viewers overwhelmingly believed Kennedy won the first debate while the radio audience believed Nixon won. The post-debate polls seemed to validate this theory as Kennedy moved from a small deficit into a small lead.

On October 19, Martin Luther King was arrested in Atlanta while leading a civil rights march. Nixon refused to become involved. Kennedy placed calls to political authorities to get King released from jail. After the incident, King's father endorsed Kennedy leading to favorable publicity in the black community. Kennedy would win the black vote by a huge margin, helping to secure victories in New Jersey, South Carolina, Illinois and Missouri.

On election night, November 8, Nixon watched the returns from his suite at the Ambassador Hotel in Los Angeles (where Robert Kennedy would be killed in 1968). JFK watched with his family from the Kennedy compound in Hyannis Port, MA. The early returns from Northeastern states and Midwestern cities gave Kennedy a large lead. Later returns from rural areas in the Midwest helped Nixon close the gap. Before midnight, The New York Times went to press with the headline "Kennedy Elected President." Times managing editor Turner Catledge soon realized the election was too close to call. (He feared another "Dewey Beats Truman" debacle.) Not until the next afternoon did Kennedy finally claim victory.

Kennedy won the popular vote by less than two-tenths of a percentage point (112,000 votes). In the Electoral College, the vote was 303 to 219, the closest election since 1916. Thanks to Johnson, Kennedy carried most of the South, including North Carolina, Georgia and Texas.

Some Republicans believed Kennedy benefited from voter fraud in Illinois and Texas. Kennedy won Illinois by just 9000 votes (out of 4.75 million votes). He was helped by Chicago Mayor Richard Daley's political machine that gave him a 450,000-vote advantage. In Texas, where Johnson was a standing senator, Kennedy won by 46,000 votes. Some Republicans argued that Johnson's political machinations in the state's lower Rio Grande Valley produced forged votes for Kennedy. But the state Board of Elections, whose members were all Democrats, certified Kennedy as the winner in Texas.

Had he won Texas and Illinois, Nixon would have earned 270 electoral votes, one more than the 269 votes needed to become president.