The founder of Spy and former editor of New York talks about the state of print, the challenges facing Obama, and his favorite cities. 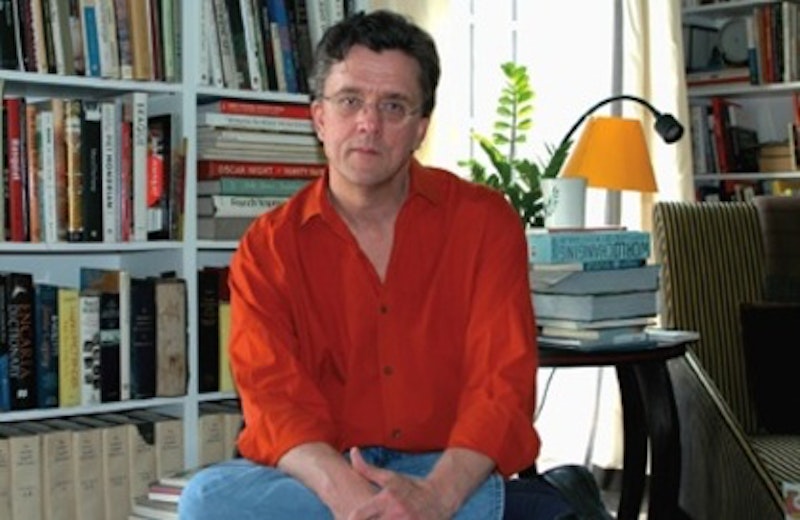 Long a fixture in Manhattan’s media world, Kurt Andersen, co-founder of Spy magazine and a former editor of (and currently columnist for) New York, is currently working in Los Angeles for a few months. He’s also the author of the bestselling novels Turn of the Century and Heyday, as well as host of the popular WNYC/Public Radio International radio program Studio 360. He answered a few questions for Splice last weekend.

SPLICE TODAY: You're now in Los Angeles for a few months. First, what are you doing out there, and two, what's your opinion of L.A.? Do you think the cultural divide between New York and L.A. that was quite stark more than a generation ago, when there was an exodus of writers and entertainers out West, still exists, or is it pretty much a similar circle of people now?

KURT ANDERSEN: I've always enjoyed my brief visits to the place. Love the obvious things (weather, mountains, greenery, the scents), and don't hate the other obvious things (driving, lack of walkable neighborhoods and street life) since I'm always just a visitor. And because most of my professional life is not show-business-centric, I'm not bedeviled by the place's fear-driven mono-industrial pecking order. I think my friends out here (of whom I have a lot, I realized when I culled my address book last week) are, on average, as smart and cultured and interesting as my friends in New York.

ST: As an enthusiastic and early supporter of Barack Obama, how do you think he's handled the transition period? My feeling is that any minor bumps—Richardson's withdrawal, the Chicago/Blago distraction and the controversy over Rick Warren—will be forgotten almost immediately after he's sworn in. Do you agree?

KA: Totally agree. What's more, the reaching-out to Warren is exactly the kind of thing he suggested he would do, so unhappy Obama-ites should get over it.

ST: Obama's shown his practical side during the election and its aftermath: once in office, do you think he'll try and go the FDR/First 100 Days route or move more slowly?

KA: Totally FDR/first 100 days. I think that would've been his instinct anyhow, and the economic crisis make it both urgent and give him an opportunity to Think Big even beyond saving jobs and restoring capital liquidity.

ST: And if you had Obama's ear for two hours, what issue would you recommend he put number one priority on?

KA: Beyond getting us through the recession/depression, which is so obvious it transcends all recommendations, forging a fairly radical and comprehensive new energy policy.

ST: In your New York magazine column, you were very critical—one might say harsh—about Hillary Clinton. Were you surprised that one, Obama tapped her for Secretary of State, and two, that she accepted? Do you think she might be angling for a future Supreme Court seat, rather than slogging it out in the Senate and attempting to replace Ted Kennedy as the go-to Senator?

KA: I think it's probably a better-than-even chance that she'll be a Supreme Court Justice before 2013.

ST: Everyone has an opinion, at least in New York and Washington, about Caroline Kennedy and her rather unseemly and nepotism-driven campaign for Paterson's appointment to fill Clinton's seat. What's yours?

KA: Like Bloomberg before he ran for mayor, she seems to utterly lack the natural wiring of a politician. And like Bloomberg, the fact that she seems intelligent and honest and hasn't been maneuvering up the political greasy pole her whole life incline me in her favor. I'm all for a fraction of the Senate being a kind of House of Lords deal. And unseemly nepotism/name-brand political familiarity? It's a New York tradition, from FDR to RFK to James Buckley to Hillary Clinton to Andrew Cuomo to David Paterson.

ST: The New York Times' stock is currently trading at about seven bucks a share. Good time for people to buy—anticipating a possible windfall if it's sold—or is it best for small investors to shun all troubled media?

KA: Probably is a good time to buy, although the Times' capital structure and governance, under which the Sulzberger family can do whatever they want, bless them, would make me a little nervous to own their stock as a non-rich non-Sulzberger. But the Times will, I think, survive as the surpassing global news brand.

ST: Your two daughters are young adults now. Cornball question for a guy in his early 50s: Does it ever strike you as amazing, curious, melancholy, or a combination of all three, at just how fast the time has gone? To me, it seems like yesterday when you were pissing off and engaging people with Spy magazine, and then your somewhat tempestuous tenure as New York's editor.

KA: As I've always said, all clichés are true, and this is a very true one. For the record: we also amazed and delighted more people than we pissed off and enraged with Spy.

ST: You've spent time in Tokyo and have said, and written, about what a vibrant city is. What would a person who's never been there, or to Japan in general, think upon first arrival? Would a first-timer feel like he or she has gone to Mars?

KA: Yes, for a highly developed, prosperous, modern (or postmodern) G-8 country, the Japanese are profoundly not like Americans or Europeans, I think. And the retrograde position of women in that culture, very circa 1965, is one unappealing example of that.

ST: And, on the subject of travel, what country or city would you recommend to our readers?

KA: Hanoi. Still cool and old and authentic and not-fully-globalized, but abuzz with entrepreneurialism. Also great cheap food. Maybe in 2049 Baghdad will have achieved some analogous transformation. Though I doubt it.

ST: It's fairly clear that 2009 will be a turbulent year for the media. Pure speculation: What do you believe will happen in the next year that might surprise people, at least those who still care about print media?

KA: It shouldn't really surprise people, but the media die-off will accelerate; significant newspapers will disappear.

ST: What was your favorite movie in 2008? Favorites in fiction and non-fiction?

KA: Waltz With Bashir and Happy-Go-Lucky and Rachel Getting Married were the best movies I saw. (And the first half hour of Wall-E.) As for books, I have to beg off, not just because I'd piss off author friends but also because here in L.A. I can't consult my library in order to give you a good answer.

ST: What publications, if any, do you still read in the print format?

KA: The Times, The Wall Street Journal, The New York Review of Books, Scientific American, Vanity Fair, The New Yorker and New York. (And if the newsstand at my subway station hadn’t been removed while they're building condos around it, the New York Observer and the New York Post.)