National Book Award nominee has made a career out of turning obscure nonfiction interests into deeply-felt stories and novels. And he digs movies, too. 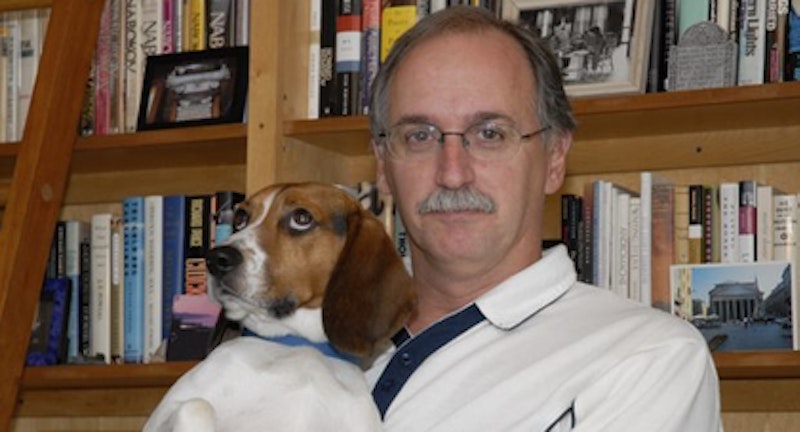 Jim Shepard is the author of six novels and three short story collections, the latest of which, Like You’d Understand, Anyway, was a finalist for the 2007 National Book Award. His signature style is first person narration, occasionally from the point of view of well-known cultural and historical figures—his narrators have included The Who’s John Entwistle, the Greek playwright Aeschylus, and a high school student who considers a Columbine-like shooting spree. Splice corresponded with Shepard about the state of American short stories, the similarities between Hemingway and Salinger, and the various uses of music in Martin Scorsese’s films.

SPLICE TODAY: All the stories in Like You'd Understand, Anyway are told in the first person, an approach that's defined much of your earlier work as well. Many of these voices belong to famous (or at least historically notable) people and have obviously benefited from research. Do these characters grow out of your existing scholarly interests, or do you research after deciding to write from the point of view of, say, Aeschylus or F.W. Murnau?

JIM SHEPARD: Those sorts of characters always grow out of existing interests, or out of whatever sort of nosing around I'm doing in what I'm reading. I read a lot of non-fiction on weird topics—my wife has joked that I'm the only person she knows who'd take a history of the guillotine to the beach—and when I'm doing that kind of reading, I'm not necessarily thinking that it'll turn into fiction. But when something I come across seems plangent to me—almost always in emotional terms—then I start considering the possibility. And at that point I might start doing more directed research with an eye towards figuring out whether or not such a fiction seems possible or attractive for me to try.

ST: You're a professor of film studies at Williams College in addition to the more expected writing courses. In what ways has film influenced your writing? What do you consider the main differences and similarities between the two arts?

JS: Film has influenced me hugely, I'm sure. I grew up watching thousands and thousands of movies. Many more old movies, in fact, than television shows. It has to have affected the very way I see and conceive of scenes. I think one of the central differences in the two arts is that fiction has a much greater capacity for the ruminative and film has a greater capacity for the visceral and the kinetic. And I've noticed, in terms of my own stuff, that I'm drawn to the visceral, and I tend to be wary of the ruminative.

ST: Really? Barring the Chernobyl explosion and the shockwave, the newer stories are all basically inner monologues. Certainly the subject matters tend to be pretty visceral (the French Revolution, high school football, etc), but I wouldn't quite paint you as an action writer. What do you consider a “visceral” story as compared to a “ruminative” one?

JS: Well, they're inner monologues, it's true, but I suppose what I meant was that they don't feel to me like extended meditations on either philosophy or psychology. My characters will often make what are recognizably philosophical or psychological assertions, but very rarely as part of an extended meditation, and very often as a way of—at times almost epigrammatically—making sense of a series of difficult-to-understand behaviors. When I think of “ruminative” fiction, I think of people, I suppose, like Henry James.

ST: There's definitely a pattern of familial complications that binds the stories in Like You'd Understand, Anyway despite the varied settings. To what extent did you consciously write the stories as a collection?

JS: I don't think of it terms of collections; I'm just happy to have a story that I'm not mortified with to work on. As one is finished, I move on to the next. At some point, I wonder if I have enough pages of stories to constitute a collection. As for their similarities, well, I am always mining my own obsessions, in whatever world I've generated. I hope they have some unity, but not so much that any seem repetitive.

ST: Stephen King, who selected your story "Sans Farine" for the Best American Short Stories 2007 collection, wrote a somewhat dire introduction for that book about the state of short fiction in America. He claimed that the relative obscurity of fiction quarterlies has forced aspiring writers into an overly academic approach to the craft, as their prospective audience is shrinking daily. As a writer and as a teacher of writing, do you agree with King's diagnosis? Or do recurring debates about literature's waning popularity seem a bit like Chicken Little warning about the sky?

ST: Have you seen, with your own work's reception, that the more "pop" stories reach a wider audience? Do people seem to get more excited over a story about The Who or a contemporary school shooting than something like "Hadrian's Wall"? Or is the market for literary fiction so diminished that the difference is negligible?

JS: I haven't seen much of a difference in terms of subject matter. In that way, the major trade magazines have more or less held on to their old personalities: The New Yorker would never publish a story about the Who, for example.

ST: Despite these debates, writers keep on writing, as King's bursting Best American volume displays. Who do you read nowadays, and whom do you teach? Which writers or books made you want to pursue fiction writing to begin with?

JS: Oh, I read and teach lots of people with great pleasure. In terms of old favorites, I love a lot of the usual suspects: Robert Stone and Amy Hempel and Denis Johnson and Grace Paley and lots of others. In terms of relative newcomers, off the top of my head, I love George Saunders and Miranda July and Ken Kalfus and Uwem Akpan. Who made me want to pursue fiction writing in the first place? Probably Hemingway and Salinger first made me feel as though a certain kind of fiction was possible, and then people like Joyce and Flannery O'Connor and Nabokov really enlarged what seemed possible from there.

ST: What “certain type of fiction” was shown to be possible through Hemingway and Salinger? Their styles couldn't be less similar for their time.

JS: Both of them were brilliant in demonstrating just how much the colloquial and the seemingly banal could be rescued and transmuted into something beautiful and lasting. I came from a family in which no one had gone to college, and so the idea that you could write about subjects like that—a goofy conversation between two bored and irritable teenagers, or the happy isolation of a fishing trip—was very liberating. And the idea that you could write about those worlds in their own idioms was equally liberating.

ST: In a recent review of Mark Harris' Pictures at a Revolution in the New York Times Book Review, you said that Hollywood in 1967 was about to enter “an unrivaled, if all too short, golden age.” A lot has been written about the films of that time, roughly the following 10 years, when art cinema played an enormous role in the cultural landscape. If that age was “all too short,” and now literary readership has, as you said, shrunk to encompass a “small group of devoted readers and practitioners,” where do you see the public's artistic gaze focused now?

JS: I'm not sure the movies' role in the cultural landscape has shrunk at all, but it’s no longer considered a serious art form with which the public needs to grapple. People are, in general cultural terms, thinking less critically than they used to. Which is one way of explaining how the present Administration could possibly have been reelected.

ST: Why do you suppose people are “thinking less critically” nowadays?

JS: For lots of reasons, I'm sure, but I'd cite two, principally: first, because mass media has become more egregious and comprehensive when it comes to pandering to the lowest common denominator, and secondly because our educational system has become less devoted to developing critical thinking, in the latter case because of initiatives like No Child Left Behind, which more or less demand that teachers teach for specific tests.

ST: When you teach classes on film, what elements of the movies do you focus on? Do you teach it like a literature class, focusing on the narrative and the way the director builds characters, or do you talk more about the film medium—lighting, camera angles, music, etc?

JS: More the latter, but since they're mostly fiction films I'm teaching, it's all in service of the former. Film is a different medium from literature. So I don't teach it the same way, in terms of craft.

ST: Since you teach a class on Scorsese, I can’t help but ask a more personal question. I've seen Goodfellas at least a dozen times and I'm still curious about the music. Clearly the soundtrack is a huge part of the film, but I'm not sure whose music it is. It's not as if Scorsese was going only for music that echoes the time period (otherwise, why does "Sunshine of Your Love" play during the mid-70s after the Lufthansa heist?), and it doesn't appear that it's the gangsters' soundtrack (we only see them listening to music at the Copa, and in every other way their aesthetic sense is terrible). So who's listening to all those golden oldies?

JS: Scorsese uses music way more variously than that: at times we're listening to the gangsters' soundtrack (sometimes, their inner soundtrack, as in that brilliant use of "Stardust" that we hear when we first see, head to toe, the grown-up Henry Hill); at other times, we're hearing period music, however evocatively it's being juxtaposed with what's going on (as in the use of Donovan's "Atlantis"); and at still other times—as is the case with "Sunshine of Your Love"—the music's there purely for its evocative power.

ST: Besides Scorsese, who are your favorite directors?

JS: In terms of film history, I have lots and lots of favorite directors, though that hardly means that I'd fiercely defend any and all of their films. In terms of more recent filmmakers, I'm a big fan of a lot of the Coen Brothers' work. I love Errol Morris' stuff, and a lot of Werner Herzog's. Todd Solondz, as well.

ST: Could you recommend a book, and maybe a film, as well?

JS: Let's see:  I'll try and mention a few that don't often get noted. For books, Marta Morazzoni's The Invention of Truth and Marguerite Yourcenar's The Memoirs of Hadrian. For movies, Todd Haynes' Safe, and Claude Berri's Jean de Florette and Manon of the Spring, which together form a sort of two-part epic.