I Should've Minored in Home Repairs

An appreciation of Yeats won’t fix the furnace. 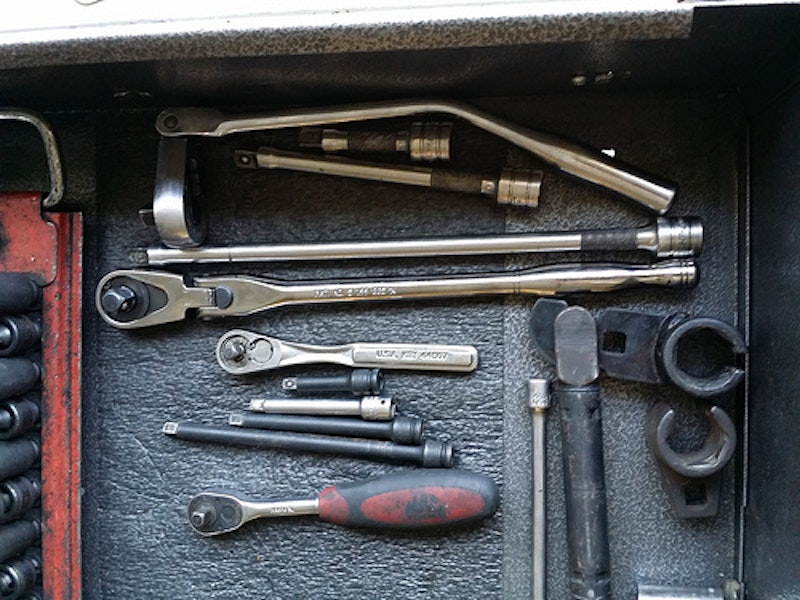 My aptitude for anything mechanical is about zero. Yes, I can snake a clogged toilet, am a whiz at replacing spent light bulbs and once upon a time could change a flat tire. Other than that, besides the stuff my far more proficient wife can fix, when things go wrong—which is fairly often—in our 1928 house in a leafy section of North Baltimore City my fingers do the walking in the yellow pages (remember them?). My dad was magnificent in this area, and even had a workshop in the basement with a lethal-looking power saw atop an oil-stained platform. As for my four brothers, only one matched our father’s Handy Andy prowess—in fact, he made a living as a carpenter out in Santa Fe—but the rest of us were duds in that department.

One of my smart-aleck sons says that I just don’t pay attention to instruction manuals or verbal explanations of how to repair something, and he’s right. I’m just not interested, and at this point, that won’t change. Right now, there’s a messed-up showerhead on the third floor of the house, and this is actually a problem I could’ve solved two decades ago before my eyes made Mr. Magoo look like he had 20-20 vision. It’s just a matter of replacing a couple of screws, but they’re so darn small that I spent a maddening hour about a year ago trying to re-assemble the stupid thing and had no luck. So that’s on our increasing Roto-Rooter list.

We have more than one shower, so that’s not pressing. But last Monday night, at the end of yet another ice/snow storm in Maryland, our furnace conked out at about seven, and this was, as so many in the Northeast have experienced during this 90-day January, a full-blown crisis. I called more than a dozen “Emergency Service” heating outfits and struck out: several, with full-page ads in the phone book, weren’t even open because of the “inclement weather.” Isn’t this their Super Bowl of business, I thought, and kept at it, dialing the smaller places. I finally connected with a quite amiable fellow named Ronnie, who said the best he could do was come the next morning at around nine, and at that point, already resigned to resembling a human icicle, I gave him the go-ahead. (Oh, a few of the bigger companies said if only I had a service contract with them; offering to triple their price didn’t get me in the front door. Man, you’d think some eager beaver would jump at that.)

Anyway, I was up at six on Tuesday morning, and when I went outside to retrieve The Wall Street Journal, I’d swear it was warmer than inside. I sat at my desk, typing as best I could, and counted the minutes until Ronnie arrived, which he did right on time. Ronnie was the stereotypical repair guy: huge, with a gut that, when he was kneeling looking at our 1976 furnace (“an antique,” he said) revealed the crack of his butt. No matter, risks of the trade, and I stood behind him while he fiddled with compromised rods and burners, using his iPhone as a flashlight, while I sweated (figuratively) that it wasn’t something major.

All was proceeding apace, and when it looked like it’d be a quick job, Joe and I exchanged some political chatter, which lifted my mood. He went on a rant about Maryland’s outgoing Gov. Martin O’Malley, saying that if by some weird lightning bolt he got elected, his tax & spend programs would make Obama seem like Ronald Reagan. One of Ronnie’s more animated diatribes was over O’Malley’s rain tax, although, as it turned out, that was nothing compared to how the state government has made his life (and those of his colleagues) far more difficult by passing “green” regulations that directly impacts his business.

I thought we were about done, when Ronnie suddenly saw a wisp of smoke from the now-heated furnace, let out a groan and got on the cell to call his boss. This was ominous. I couldn’t understand most of the to-and-fro conversation, but the talk about a boiler on its last legs got my attention. And how. I’ve no idea what these contraptions cost, but I knew it would dwarf Ronnie’s very reasonable $229 service charge for the day. Tentatively, I asked my new buddy if this was an imminent disaster: he hemmed and hawed, and finally allowed that though our complete heating system was barely functional, it would last through the winter and that he’d email me the cost of replacement, and suggested that summer was the smart time to install it. Translated: we had heat for the immediate future and I could put this on the back-burner, so to speak.

I suppose a homeowner more committed than myself—to be fair, this is the first house we’ve owned, back in Manhattan we had a condo and even though the maintenance fees were larcenous, at least such repairs were the super’s responsibility—would’ve jumped on Ronnie for estimates, different kinds of models, and prepared for a spring construction date. Me, I was more than happy to rub my hands on a radiator and let the entire furnace/boiler soon-to-be-failure rot.