Hunkered in the Back Seat of the Family Car

The car trip was just my daily experience but intensified, and this experience has remained my default ever since. 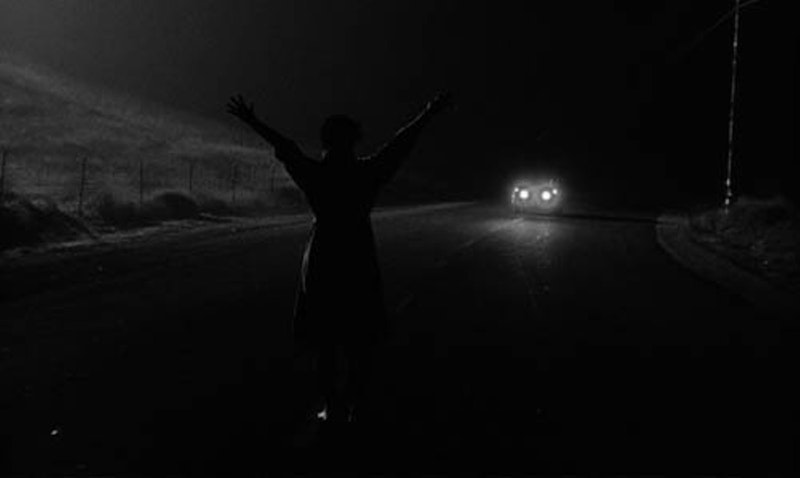 When I think about car trips from my childhood, I remember the later ones. Further back are the treks made at age five or six or seven to grandparents in Washington, D.C. Those trips were down the Eastern Seaboard and took a good five hours. Batman comics, Dennis the Menace comics (pocketbook digests, semi-educational in bent: Dennis wakes up Paul Revere, whacks the spike that joins the railroads). The flat brown earth known as Maryland. Highway signs with their white paint and green metal showed up and then slipped behind us, dropping into a dark, receding, rather dinky landscape until it was black night and the city was around us and a few corners and unfamiliar trees and house faces lay between us and my grandmother’s house. These trips weren’t so bad, I think. I suppose the family wasn’t fighting as much.

The later trips were quiet too, for the most part. Now we were fighting, but not during car trips, or not much. Possibly we knew what would happen if we let our habits proliferate in such an enclosed space. We each found our way of getting through our time with the others. What I remember is that I had my cheek pressed on the car seat. My book (Bennett Cerf, an endless Arthur C. Clarke collection, a Jack Vance paperback) was wedged toward my face and I thought I was reading. This was foolish even to try, given that I got car sick and these later trips had their share of Berkshire roads and misbegotten shortcuts through Connecticut business districts. We were on our way to Tanglewood or some family’s vacation home elsewhere in the Berkshires. Long cruising stretches were fewer; stops and starts, turns and exits were more frequent, and they could churn at you. But I locked face and book and let the sickness settle in me. It was like the noise of the engine or the smell of the seat, a smell that I never got far from, given that I was curled there and wouldn’t move.

My eyes would cut to the ribbon along the top of the car window. The windows were down a couple of inches, no more—I was the only one who needed fresh air, as opposed to disliking breezes. I thought about cool air and looked at the strip of smeary, illuminated white that topped the window and backlit the green bunches and the twigs that stuck up their arms. I mean that the disappointing sky of a summer evening hung behind the tops of trees, and these moved from one end of the window to the other and then spun away. It would be so warm, but they seemed frozen. There was no sound to go with them, which I guess is why.

Here’s the catch regarding the above memories. What I did when I got home was the same thing I did on the car trip, but now with the windows open. I lay curled on my bed and read Warrior of Scorpio. The car trip was just my daily experience but intensified, and this experience has remained my default ever since. I don’t move too much. I stay locked on my side and pretend a book has my attention. Further, I cast my eye on some fragment of the passing scene and let it cycle by my regard as I fail to concentrate. That would be the strip of tree tops or the Internet. But mainly I just lie there and try not to feel.