One system works, the other doesn’t. 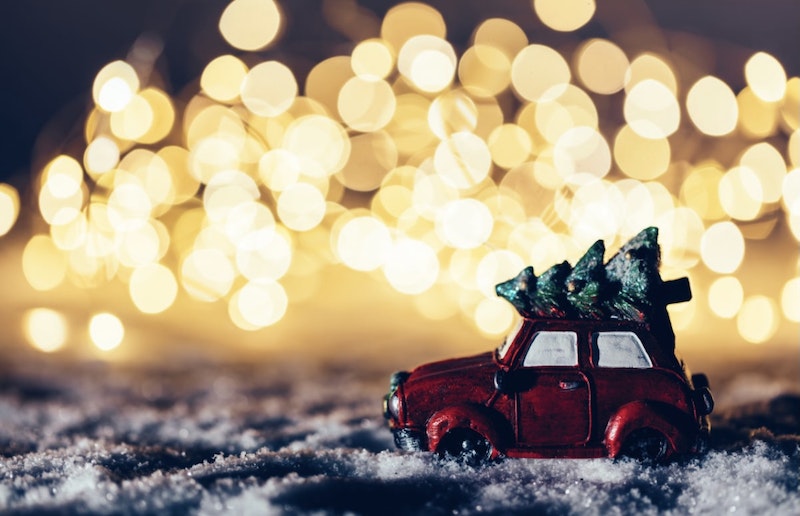 Wouldn’t the world be a better place if journalists had the same accountability as, say, your local Home Depot worker?

If Home Depot guys screw up, there are consequences. They get fired, demoted or sent to a different department. I’ve worked both at a Home Depot and as a journalist, and there’s only one field that punishes mistakes. Yet despite the Russiagate hoax, the Kavanaugh disaster, Monkeyfishing and Hunter Biden, the people screwing the pooch keep getting promoted.

Not at Home Depot. I worked for a Christmas season there once. I made a mistake and, unlike most journalists, paid for it. It happened in the Christmas tree lot. It was a brilliantly sunny and cold morning when a guy pulled up in a BMW and told us to put the Christmas tree he’d just bought into his car. There was no fucking way that tree was going to fit into that car.

My colleague I was working with that day, White Bob, tried to explain it to the car’s owner. “Sir, I think it might be better if you just put the Christmas tree on top and tie it down, the way we’ve been doing it all week.” The owner, a fortysomething guy who looked like a member of Kraftwerk and had a European accent, would not budge. “No no no, it vill fit in car.”

White Bob and I looked at each other. Things had been running smoothly all morning. Customers would walk onto the lot, size up the different Christmas trees, pick one out, then pull around with their cars. Most of the trees we tied down on the roof. Only if the tree was small and the vehicle was a truck or SUV would we slide it in the back. It was routine.

Mr. Kraftwerk wasn’t having it. He was with his wife and child, a girl who looked around 10. She was tugging at her own fingers with excitement. Santa was coming! The family ride was a shiny blue two-door BMW. Dad was sure we could get a 12-foot Canadian Balsam Fir into that eight-foot space.

White Bob (named to differentiate him from Black Bob, who was a manager inside the store) looked pained. Like me, he was in his 50s. He’d worked here for a few years and knew how shit was supposed to be done. Still, he gave in. The plan was to send the tree in from the front passenger side, top going in first. That way we could push from the fat base and jam the rest of it in there. It would be like squeezing a xylophone into an Amazon locker.

The front end went into pretty smoothly, although needles flew and there were crunching sounds. The bottom end was a physics nightmare. Every time we planted ourselves behind the base and shoved, it would just spring back. We dug in and heaved, then bounced back. Heave, squeeze, bounce. At about the 10th attempt, the base slipped into the car. It instantly expanded inside the car and cracked the front windshield with a pop. Mr. Kraftwerk went into temporary shock, along with his wife. The daughter stopped tugging at her fingers. White Bob went silent.

I walked the few feet to the temporary stand where we sawed the tree bases and sat down. It was a legal matter now. Home Depot, of course, had a procedure. The store I worked at had the worst parking lot of any store in the United States—a CVS-sized lot for a centrally-located and busy location. There were always dings, scrapes, crashing carts and yelling voices.

Sure enough, Black Bob appeared with a clipboard. He was a manager because he was completely cool under pressure and had a great head for numbers and measurements. He escorted Mr. Kraftwerk into the store to fill out the forms.

After that White Bob and I were moved off of Christmas trees. He went to kitchen and I went to the mulch pit. I was only here for the Christmas season anyway and would soon be gone. The last time I visited the store, the other guys had also moved around—promotions, demotions, quitters, and go-getters who are now managers.

In other words, as crazy as you might think Home Depot is, the system worked. Everyone shifted to the station appropriate to their history and record. It should work that way in journalism. Russiagate lunatic Rachel Maddow, who also spread lies claiming the Covid vaccines stops the virus (”the virus stops with every vaccinated person”) shouldn’t be offered millions of dollars. She be in the fourth estate equivalent of the mulch pit—washroom attendant at CNN.