Goodbye to Some of That

An Internet addict grudgingly talks about the past decade. 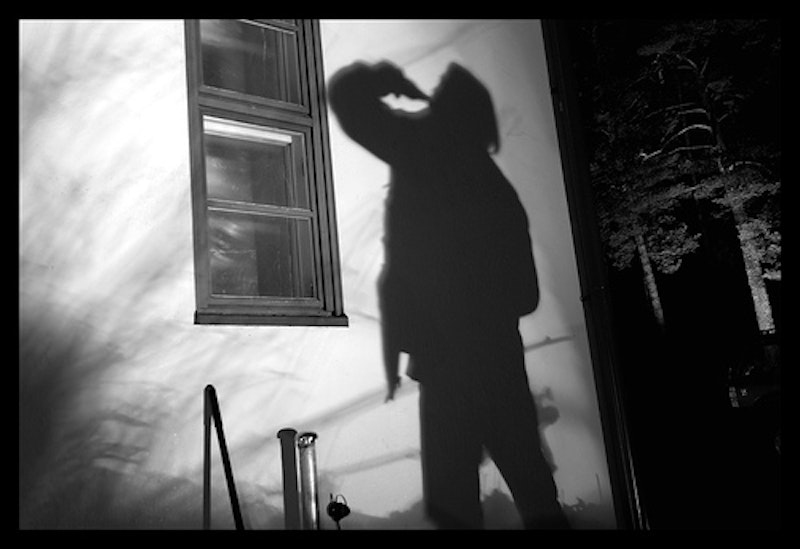 Some of my friends have expressed an odd sense of mourning as 2009 winds down the 00s, and frankly I hadn’t even thought of it as the end of a decade—just another year.

The past 10 years carried me from 15 to 25, and so for better and for worse the 00s are really all I know. I can remember asking my father who the president was when President G. H.W. Bush was in office, and for some reason not believing him when he told me (I think I was confused by him sharing a first name with George Washington). I watched the returns in ’96 and simply knew that Clinton would win because, hey, that’s what was supposed to happen. That certainty got its necessary ass-whooping in 2000 (I was old enough to register the election’s monumentality but too young to actually care); I took to the streets for a couple of hours at the start of the Iraq War in 2003 (“Books not bombs!”) and after 2004 I considered myself a jaded politico without actually knowing anything beyond a few civil rights issues.

Culturally I listened almost exclusively to white classic rock and crappy 90s alternative and could have told you anything at all about soul and r&b until I met Lloyd H. Cargo in 2006. I don’t think I watched a decent film in a theater until I started working for my college newspaper.

So when I think about the past decade I’m invariably drawn to the past five years because I don’t think I was a particularly aware person until sometime in the middle of college.  But once I keyed myself into journalism, politics, culture and the Internet, everything took off. And that’s what I’d like to talk about as this decade slips away: ruminations on pop culture, hipsters, television and politics as seen through someone perpetually glued to a computer since 2005, and who’s baptism-by-YouTube came at a party when a song I did not know came on and all of a sudden the entire room screamed and pumped its arms in the air. Oh, how the seas parted when I was shown the light, such as it was.

Back in November I wrote about how a few group blogs are in fact modern day, online salons of ideas and conversation, specifically via the interactions between the contributors and commenters (The American Scene, Ordinary Gentleman, Ta-Nihisi Coates) and, in the case of Front Porch Republic, the vigorous championing of specific philosophies.

These sites are a few examples of the Internet’s influence on our creative process. Nothing groundbreaking, there, but still: cultural and political discourse has taken off in such unexpected fashions it’s difficult to consider the past 10 years and not see it through the lens of online media—tragic and tragically fake 9/11 photos, stories, conspiracies; the birth of YouTube in 2005 (2005!); Napster and the music industry implosion; a cell-phone video of Saddam Hussein’s hanging; Facebook; the election of Barack Obama on the back of a massive netroots movement. And on and on.

The accessibility of knowledge, distraction, dialogue and entertainment has reached a saturation point in terms of raw power—there is simply too much stuff out there for anyone to completely digest at once. The Internet is this jumbled-up place where anyone can punch the clock and go at it as they want, and it has ushered in an awareness—however occasionally fleeting, precarious or artificial—of historic proportions (small examples here and here).

But the spectrum of fact and opinion is so wide it’s pretty much impossible for Best of the Deacde lists to do anything other than say, Look, I follow music/film/media/politics/etc. and here’s my snapshot. Though I might argue with friends over Pitchfork’s 200 Albums of the Decade, I consider Zach Kaufmann’s piece on Baltimore musicians a bit more valuable in the long run.

The rise and subsequent ubiquity of hipster nihilism, at once so trivial and enlightening, has launched a thousand ironies and sarcastic asides. People at Walmart, FAILBlog, Stuff White People Like, Hot Chicks With Douchebags, Texts From Last Night and Lame Book are have made some big splashes in the arena of “holy shit, you have got to see this.” Because pointing fingers and laughing is as old as civilization, the context is nothing new, but the action’s diversification and sophistication has reached a whole new level. Ever since Facebook and MySpace socialized quasi- to not-so-quasi creepy Internet stalking, Internet culture is OK with constant humiliation. The prevailing wisdom is that everyone is an idiot, that passion without awareness is a laughable pursuit. In fact it’s gotten out of hand, and in some ways that’s a good thing.

In March I put together a column on Errol Morris’ spots for Miller High Life, a terrible beer with a terrific ad campaign. I wrote,

It would be nearly impossible to take all these elements—masculinity, subtle irony/knowingness, blue-collar boilerplate—any further. When it comes down to it, we’re being sold shitty beer really well, and for the person who owns a TV there’s something to be said for appreciating a 15-30 second spot that doesn’t demean your capacity as a functioning adult.

I don’t think, a hundred years from now, these spots would necessarily hold up as solid anthropological evidence of “millennial American.” There’s too much of that certain tang of dog-whistle advertising—where those in the know can still enjoy the commercial as much as those not in the know.

Being in the know, dog-whistle marketing and a wink-wink-nudge-nudge are now the standbys of mainstream culture. It takes all we’ve got to be at once aloof toward the mainstream while knowing it would approve of our choices, akin to hating reality television but thinking you’d be the awesome guy if you were on Real World.

On television we find this idea’s crystallization in House, MD. The central character, played by Hugh Laurie (check out his hungover audition tape), is a brilliant misanthrope who only cares about his own rightness in solving the most impossible of medical mysteries. He treats everyone around him with utter disdain; he’s physically damaged from an infarction (basically a heart attack) in his leg that keeps a cane in his hand; and he’s emotionally distant from everyone around him. Yet he surrounds himself with a rich materialism—he plays beautiful vintage guitars, knows how to throw incredible bachelor parties, keeps a turntable in his office, digs monster trucks, relishes trashy TV, wears t-shirts with expensive jeans and blazers, and pretty much has a working knowledge of anything related to pop culture. And, of course, beautiful women throw themselves at him; brilliant doctors do anything to work for him.

But for House, everyone is an idiot, everyone lies—even him: his disdain for the personalities of others belies the full-throated one he’s built for himself. That give and take—to be standing outside of the mainstream while simultaneously being approved by the mainstream—has shaped so much comedy and film and television it’s impossible to list it all without a couple of research assistants. Hipsterism finds passion ironic, a culture nihilism stating that nothing is sacred, joy is a fleeting concept, culture is disdainfully malleable. A bit of post-modernism directly injected into the veins of popular culture.

Shows like South Park and Family Guy took that disdain (an early watered-down prototype would be Seinfeld) and married it with the template set by The Simpsons. We’re completely comfortable this level of ridicule, and it’s ushered in metric tons of laughs. On the other hand, the past 10 years have been a golden age for brilliant television (and HBO): The Sopranos, The Wire, Big Love, The West Wing, Deadwood, Six Feet Under and Mad Men, just to name a handful.

Politics, as I wrote above, have benefitted greatly from the manic pace set by the Internet. There are so many watchdogs and think tanks and group blogs and aggregating outlets that anyone can reasonably inform themselves in a few keystrokes. But of course the Internet, particularly social media, has played the role of rotting meat to the flies of political umbrage and stupidity. It’s not that politicians weren’t stupid and corrupt before; it’s just that now it’s in our faces day in and day out. Past milestones of controversy—Clinton’s health care agenda, DADT and infidelity; the 2000 election which saw a president elected with less than half the popular vote; and the utter fabrication of evidence leading to the war in Iraq—almost seem tame compared to the out and out madness that online media has spawned the last few years.

Frankly, when someone as well-known as Sarah Palin tweets “...merged bill may b unrecognizable from what assumed was a done deal:R death panels back in?what's punishment 4not purchasing mandated HC?” you want to hang your head and wonder just what the hell is going on when we don’t even care that our public figures comment on news of the day in incomplete sentences employing nonsensical syntax.

The teabaggers and the birthers have—with help from hopeless network outlets—reached an ubiquity that defies logic. The sheer terror that Republicans and their supporters display over President Obama’s agenda—and the ethically corrupt fashion in which intelligent dissenters co-opt the obscene hyperbole of the hard right—is pretty frightening.  Godwin’s Law jumped straight from the Internet and into the political arena without looking back. And with genuine terror coming in the form of near economic collapse, two foreign wars and a legacy of torture, I am embarrassed when I think about what I’ll write 10 years from now.

But by far the most groundbreaking work in politics is happening on YouTube with those “auto tune the news” guys. Simply. Brilliant.  (Exhibits A, B and C.)

Who knows then what the avenues of discourse and outrage will look like, or what we’ll think when someone says “remember 2008?” It’s been an era of teh stupid, the ironic and the enlightened, a despondent political landscape for the liberal that ends in hope, and a wrecked conservatism that only knows the politics of fear-mongering. It’s an era when people as dumb as Kanye West and as famous as Tiger Woods dominated the public’s attention to the point of numbness.

Or maybe 10 years from now I’ll be at a party and someone will start talking about this decade and, just like my generation now argues over the superiority of Hey Arnold! and Rocko’s Modern Life and Pete and Pete over the crap today’s kids watch, we’ll start talking loudly, trying to out-reference each other. I’m positive Facebook will come up, as will Chuck Norris quotes and Lady Gaga (and probably Miley Cyrus). And then I’ll rave about (now-defunct) Яolcats, and no one will know what the hell I’m talking about.