Dealing with your unwitting Internet reputation. 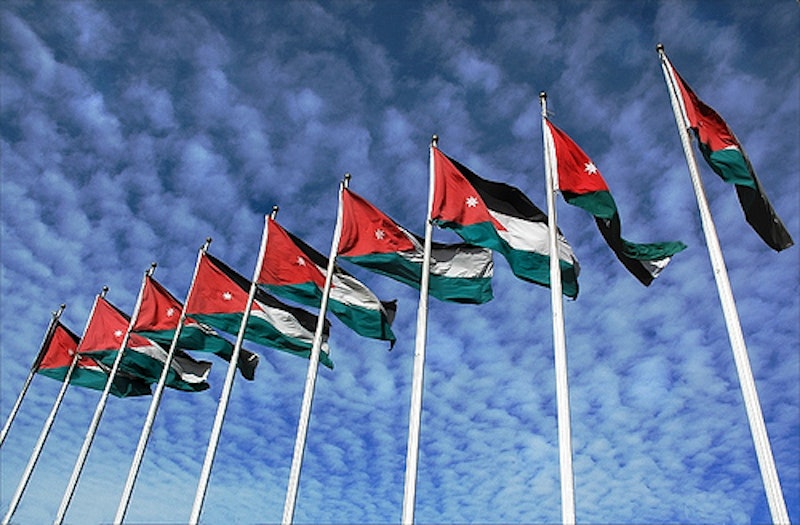 The Internet puts you in contact with all sorts. I work with a Kurdish guy who lives in Iraq. He's translating a report from Kurdish to English on women's rights in Kurdistan. He e-mails me the translation, which I then edit into a more polished form. I guess this kind of relationship occurred before, by mail, but never so easily. It's so easy to work with this guy that it makes for all sorts of problems. We probably misunderstand each other once a week.

About six years ago, a Jordanian man got a hold of me through email. He's a writer, and he found some of my short stories on the Internet, pieces that appeared in various online magazines. He's part of this pan-Arabic writers' circle, people from various Middle East countries, and he wanted to translate my stories into that language. The reason for this, or so I thought, was so his writing circle could read and discuss them. I was flattered by the offer and told him, sure, that's great. It turned out to be one of the strangest experiences of my career.

He posted my translated stories on his website. I didn't know he was going to do this—I thought they'd be passed among the writing group—but several weeks after he first contacted me, he sent me a link. On the site were titles from several of my short stories, followed by texts in Arabic script. There were maybe eight stories, even though he'd only mentioned a couple.

Accompanying the pieces were a bunch of images, all somehow related to "Joseph Young." There was a picture of a large outdoor sculpture made by the artist Joseph Young, who, I discovered, lived in Los Angeles. There was a photo of Joseph Young the magician, performing a card trick. And there was tombstone too, of Joseph Young, who died in 1972. Since all the photo captions were in Arabic, I had no idea what they said. Did they think all these Joseph Youngs were me? Surely they couldn't have.

A few days later, questions started arriving, again to my surprise. The writing circle was interviewing me, as moderated, and translated, by the guy from Jordan:

Your fiction "Dog Story" is about the sex of dogs. How do you feel about the moral degradation of the West?

The United States is in a war with Iraq. What are your thoughts on imperialism?

I was supposed to answer promptly and send my responses back. Not all the questions were this loaded, but a significant number of them were. They were grilling me, and not just about fiction. These people were into serious business.

It was 2003. And whether it was justified or not, I was a little paranoid. The Patriot Act was new and in full swing. I was having email conversations with men and women from all over the Middle East. They were asking pointed questions, sometimes angry questions, the answers to which, I had to assume, would be posted for anyone to see. I had to consider how honest in my answers I would be.

In the end, I wasn't all that honest. I sidestepped the most provocative questions, even when they sent me all sorts of follow-ups. For several weeks, new batches of questions arrived by email. It got to the point I was spending three or four hours a week answering them, despite never having agreed to these grill sessions in the first place. It wasn't until the Jordanian man asked for my mailing address that I understood my stories were to be included in an anthology of Western writing.

I didn’t actually mind this bizarre series of events, even if I felt bewildered. Something, I figured, was lost in translation, something in the Jordanian's broken English. It was an experience unique to the Internet age.

That Kurdish fellow I edit says odd and amusing things too. He says, "Here is a new item for you to edit. Work hard, hahahaha!" I don’t know him very well, but he likes to throw little bits of familiarity into his emails. He also makes assumptions about our work together that just don't happen stateside. He has forwarded money to my bank account before I've agreed to take on work, telling me, "I know you'll be happy with this. The price is very fair."

Of course, I've no way of knowing if this is a matter of cultural differences, Iraq to America, rather than one of personality. Perhaps his assumptions are no more common there, in business relationships, than they are here. I suspect though that some sort of gap is occurring, that as the electrons of our communication travel the 6000 miles between us, bits of understanding are dropping away. We run into small snags too often for it to be merely the result of character. We've been squeezed together by the web.