New novel is exactly as self-conscious as it sounds. From the Columbia Spectator. 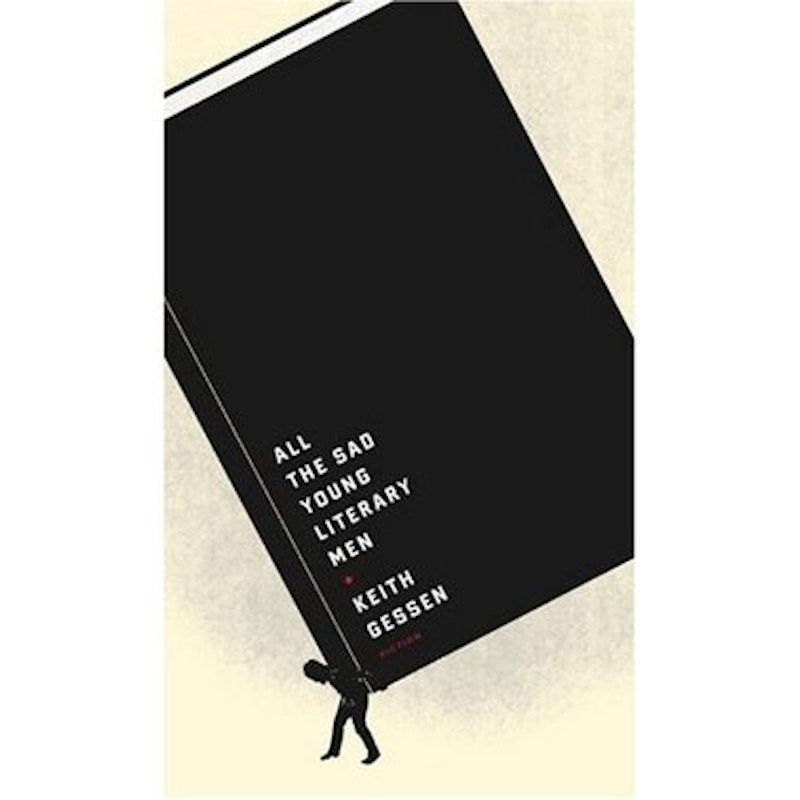 Rarely are book titles as painfully obvious as Keith Gessen’s All the Sad Young Literary Men. Like the sad, young, and literary characters of the novel, the title itself also contains three selves—self-explanatory, self-deprecating, and painfully self-conscious. Gessen’s debut follows three young men, Sam, Mark, and Keith, as they struggle through their early twenties and into their thirties. All three can easily be classified as East Coast intellectuals—male, white, and bookish, with Ivy-League pedigrees, dissatisfactions with life, and continual striving for literary acclaim—the type of people who would read n+1 while waiting for the subway.

It is impossible to separate Gessen’s reality from his fiction. Gessen is best-known as Editor in Chief of n+1, a literary journal criticized for its general elitism and yuppie staff. In fact, Gessen has admitted that much of the book is based on either personal experience or the experiences of his friends, including an anecdote about the Vice President’s daughter. See the dedication: “For my friends, with apologies.”

The book opens in a fantasized, bohemian New York, when it was actually possible to subsist on seventy dollars a week. Instead of trendy bars and designer clothing, Mark and his Russian immigrant wife opt for intellectual discourse. If this seems precocious, it’s because they are. Sam, Mark, and Keith are all infused with the naïve optimism that is characteristic of youth. Sam has a grand scheme of penning a Zionist epic, without speaking any Hebrew or ever setting foot in Israel. The Harvard diploma is framed and hung, but where’s the greatness?

Along with this youth comes the insecurity common to most college graduates—after all, the majority of their anxiety is derived from interactions with women. Despite the casual way that women come in and out of their lives, these females are often more self-assured than the men. Due to the dearth of actual success, women seem to act as the measuring stick for their self-worth. The three justify their self-worth through one-night stands with sex columnists, barely legal publishing interns, fellow Ph.D candidates—it runs the gamut.

The idealization of academia and intellectualism is overwhelmingly present and, at times, almost nauseating. One character explains his awe for a man: “He had published so much more than I had.” There is such a premium placed on writing—Keith is a political journalist, Sam is working on his Great Zionist novel, and Mark is a Russian history grad student. For people whose avenues of pursuit are so immersed in outside developments, these three are incredibly self-absorbed, constantly mulling over their self-worth and potentiality for success. Sam frets over his Google page count’s decreasing, and someone advises him, “You need to do something notable. Write something. Start a blog.” If only it were so easy to effect change.

It’s pretty lofty to name a chapter “Phenomenology of the Spirit,” especially one that revolves around a thirty-something Ph.D. candidate’s cheating on his girlfriend with a twenty-two-year-old, who also happens to be a previous student of his. Yet this inclusion of highbrow intellectualism perfectly characterizes Gessen’s tendency to name-drop literary or philosophical figures—Liebknecht, Kierkegaard, and Hegel all prove to be fair game. From a cursory glance, it is too easy to brush off the references as showmanship, but Gessen is so earnestly immersed in this intellectual façade that it is easy to imagine him referencing Heidegger in everyday banter.

Jonathan Franzen lavished upon All the Sad Literary Young Men the praise, “They almost make me wish I were young again.” Keyword being “almost.” It’s possible to muddle through the uncertain twenties once, but no one wants to relive the anxiety. Eventually, all the sad, literary young men have to age. Hopefully, by then they will have retained their literary qualities, but shed the other two adjectives.