Christopher Hitchens enjoys widespread acclaim as an intellectual provocateur of the highest caliber—that is, until his ego overshadows his argument. 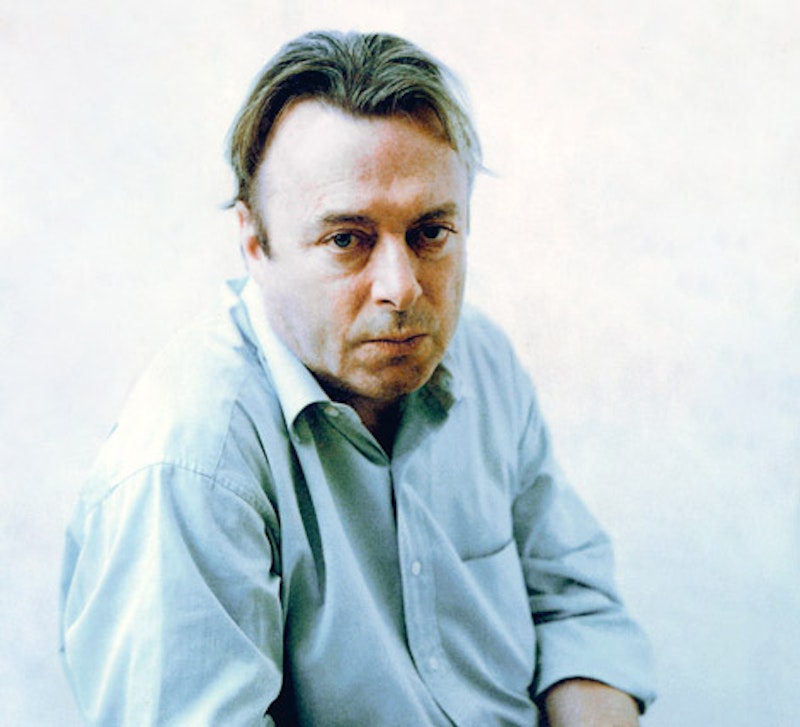 There's no doubt that Christopher Hitchens is, and always has been, one of the most thoughtful, provocative and aggressively contrarian intellectuals around. Whether or not you agree with his politics, it'd be hard to ever accuse him of not knowing what he's talking about.  His lengthy op-eds on Islamofascism or the war in Iraq may leave you angrily longing for the Hitchens of old, but claims that he just hasn't thought out his arguments well enough have to be left aside. He's too well read for all that, which is why I still admire Hitchens years after our political philosophies diverged.

His post-9/11 180 into his own brand of neo-conservatism and his atheist manifesto, God is Not Great, have been the cause of most of the arguments in recent years, but it is his occasional ventures into pop culture deconstruction that should really raise questions. His 2007 Vanity Fair article on how women just aren't really funny, for example, suffers from the same problem as "Cheap Laughs," his recent Atlantic Monthly rant against liberal comedians like Al Franken and Jon Stewart (St ephen Colbert is grouped in there too but barely gets a mention in the actual article). The problem, you ask? Some would call it Grandpa-ism, but I prefer to refer to it here as Old-Manishness: Those rare times when Hitchens comes across as desperately out-of-touch (really, you used the word "jeepers"?), his ego getting the better of him. In fact, in "Cheap Laughs" Hitchens all but admits as much:

I myself once sat on a cruise-ship entertainment panel—sponsored off the imposing shores of Alaska by The Nation magazine—with Betty Friedan and Al Franken. In the spontaneous-humor stakes, I seem to remember outpointing Betty with relative ease, but I nonetheless noticed with slight envy that some “progressive” women in the front row would start laughing uncontrollably as soon as it was Franken’s turn to speak and, indeed, often before he had even opened his mouth.

Right. "Slight envy." Hitchens actually spends a better part of the article praising Franken, both as a man of wit (that particular "highbrow" brand of humor that Hitchens obviously admires most) and as a fairly skilled political thinker. As Hitchens writes, "[Franken] must be among the best-read and best-informed people to have recently run for the upper chamber, as well as one of the very few with whom one might also expect to pass an amusing evening." When he does actually take Franken to task, it involves a handful of objections to rather minor parts of his best-known book, Lies (And the Lying Liars Who Tell Them): A Fair and Balanced Look at the Right, notably an early chapter in which Franken takes on Fox News pundit Bernie Goldberg. But these objections seem hardly worth bringing up at all. Take the bizarre paragraph about whether Rosie O'Donnell should be considered liberal:

The next complaint Franken has is against Goldberg’s insistence that Rosie O’Donnell should be described as being as “liberal” as Rush Limbaugh is conservative. Once again, Limbaugh hardly pretends to be otherwise, while Ms. O’Donnell—held harmless by Franken—may well not deserve to be called “liberal” but is partly an apolitical nut and part echo chamber for the more dubious wing of MoveOn.org and even the putrid fringe of the “9/11 Truth” nutbags.

According to Hitchens, Franken's biggest problem (and, by extension, Stewart's and Colbert's biggest problem as well) is that "he is barely even funny when funny is all he is trying to be." A charge that might have held more weight if Hitchens' chosen excerpts from Franken's writings weren't so damn funny. Consider the following:

…Franken on page 99 decides to attack Hannity just where he is at his strongest, in a diatribe he broadcast against John Walker Lindh, the so-called American Taliban. Of this pathetic yet sinister character Hannity made the debatable assertion that he “converted from anything-goes liberal agnosticism to hard-core Middle Eastern radical Islam.” Whatever may be said against this proposition, Franken notably fails to say it: "Before reading this, I had never considered the direct line between liberal agnosticism and hard-core, radical Islam. But Hannity has a strong case. So many of my liberal, agnostic women friends from college gradually relinquished their freedoms and decided to spend the rest of their lives in chadors, avoiding the gaze of man."

Not only does Hitchens seem to have missed the (I think, hilarious) joke, he uses it as a rather pathetic excuse to grind a predictable ax:

A noticeable swath of campus feminist opinion, which is not alone in this respect, has in fact adopted an attitude of cultural relativism toward political Islam, and of decided non-neutrality against its militant female opponents such as Ayaan Hirsi Ali. And the current president of the United States, whom it might not be altogether inaccurate to describe as the Galahad of the SNL and Stewart generations, has made exactly one speech about Muslim garb—defining the wearing of the hijab as a human right and indirectly attacking those French secularists who have their misgivings about it.

Hitchens' main point throughout seems to be: I don't find these guys funny, and if you find these guys funny you're probably a childish jackass. Interestingly enough, in his Vanity Fair piece on the unfunniness of women, childish jackassery is just the kind of superior humor that Hitchens ascribes to men: "Men will laugh at almost anything, often precisely because it is—or they are—extremely stupid … Jokes about calamitous visits to the doctor or the shrink or the bathroom, or the venting of sexual frustration on furry domestic animals, are a male province." But I digress.

So what prompted Hitchens to write 3000+ words on how a former SNL-writer-turned-U.S.-Senator and two fake news anchors are cheapening American humor? It seems that a recent online-only Time poll that put Jon Stewart atop the post-Cronkite list of most-trusted news anchors reminded Hitchens of the apparent widespread belief among undergraduates that Stewart is the second-coming of Mark Twain:

Not long ago, I was teaching a class on Mark Twain at the New School in New York and someone asked me who, if anybody, would be the equivalent figure for today. I was replying that I didn’t think there was one, though the younger Gore Vidal might once have conceivably been in contention, when someone broke in to say: “What about Jon Stewart?” I was thunderstruck at how many heads nodded.... “Al Franken for Senator” is one thing (especially when the alternative is or was “Norm Coleman for Senator”). But Jon Stewart for Samuel Langhorne Clemens is quite another. What next? Stephen Colbert for Zola? Al Franken for Swift?

All of this is sort of like judging a band by its fans. Sure I think a guy who's seen Dave Matthews in concert six or more times is probably a stoner, frat-boy douchenozzle but that doesn't mean I think Dave Matthews is untalented or a hack. Jon Stewart would be the last person to say he's the new Twain, just as he's always said he's not a journalist, and the Daily Show is not a news show. Hitchens has no problem, however, accusing him (Colbert and Franken too) of soft partisan hackery: "What you will not find, in any of this output, is anything remotely 'satirical' about the pulpit of the Reverend Jeremiah Wright, or any straight-faced, eyebrow-raising (and studio-audience-thigh-slap-triggering) mention of, say, The New York Times’s routine practice of captioning Al Sharpton as 'the civil rights activist.'"

This could of course only come from someone who's never seen an episode of either The Daily Show or The Colbert Report. If he did, Hitchens would remember all of last year's jokes at the expense of Rev. Wright's YouTube-broadcast buffoonery, as well as the legendary Daily Show interview in 2001 where Stephen Colbert filled in for an absent Rev. Sharpton, and the "Stephen Colbert's Interviews I Could Get" segment from late 2003, where Colbert had some fun with Sharpton's bid for the '04 Presidency.