Will 2010 be the year when the Orioles, perennial bottom dwellers, start to make their move? 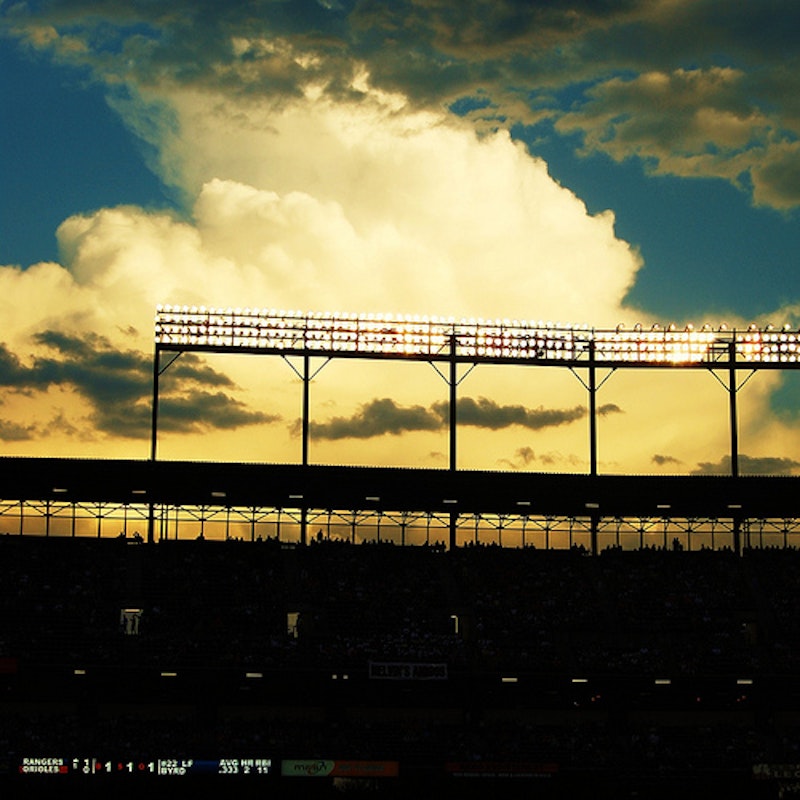 At one hallowed point during the Epoch of the Baltozoic (circa 1966-83 A.D.), coach Cal Ripken Sr. famously told a rookie named Eddie Murray: “It’s great to be young and an Oriole.” Old Cal meant that a promising prospect coming up from Rochester, the club’s former Triple-A affiliate, could rightfully envision years of pennants stretched out before him like so many signposts to Cooperstown. This shard of etched-in-stone Orioles lore is something Baltimoreans past the age of 40 recall with the same wistfulness they feel for the Baltimore Colts and the Chesapeake Bay oyster population.

In other words, it’s history.

A succession of once-young O’s—Larry Bigbie, Sean Douglass, Luis Matos, Ryan Minor, Jose Morban, Calvin Pickering, Matt Riley, Luis Rivera, and Nerio Rodriguez, to remember just a few of the unmemorable—have disproved the Ripken Theorem: It hasn’t been all that great being a young Bird. During the past dozen seasons, each ending with the Orioles well under the .500 mark, youth has not been served, nor has fresh “talent” rescued O’s fans from their annual bout of frustration. The team’s half-assed attempts to bolster its roster by signing free agents who were either overrated or past their primes, coupled with a tragic, short-sighted inability to draft, sign, and train young players (only now is the team really discovering the mother lode of the Caribbean), meant that the only trajectory possible for the Orioles in the rich-yet-rowdy American League East was downward. They arrived, finally finishing in last, in 2008, as the long-lowly Tampa Bay Rays escaped the cellar on the strength of their no-budget player-development model. Last year the lose/lather/repeat cycle ended in a wash as well, with a 64-98 record, the sixth–worst in the team’s 56-year history.

Now, we’re told, it’s a brand-new day, with youth serving as cause for optimism in Birdland. We’re told to believe that the Ripken Theorem will magically restore itself as a viable tenet of local baseball theology. And to a certain degree, the authorities in Las Vegas are buying in, predicting the team will win 73 or 74 games this season, a big improvement. But “74 wins” still translates to “88 losses,” maybe enough to let the Toronto Blue Jays wallow in the basement for a year, nothing more.

And yet, we shouldn’t discount the resurrection of Cal Sr. so soon. The prospects the Orioles are now nursing along (and to their credit, the team has been cautious with developing and promoting the young’uns) aren’t of the ilk listed above. Players like catcher Matt Wieters and phenom lefty Brian Matusz cause other team’s front offices and managers to salivate shamelessly, as does a young outfield led by durable stalwart Nick Markakis. Although the five-tooled Felix Pie, powerful Nolan Reimold, and marvelously-gifted Adam Jones need to prove they can hold up for a full year, the thought of having these four patrol the outfield for years to come makes us feel great to be fans of young Orioles.

Positive change in the team’s pitching, which threw junk to the MLB-worst tune of a 5.15 ERA last year, is likely to be more incremental. It will function as a drag anchor on any greater hopes O’s fans might have for instant contention. Sure, the borrowing of hefty veteran Kevin Millwood for one year makes sense. He can eat up the innings that Jeremy Guthrie will cede as he continues to slide since first justifying a $50,000 waiver claim three seasons ago. Matusz and the crafty (and young) Brad Bergesen offer plenty of hope for this season and beyond. The fifth and final starting spot (which was up for grabs at press time) had been slated for phenom Chris Tillman, hyped as a future leader of the O’s staff. But those close to the team wonder if Tillman, only 22, has the savvy and sense to pitch regularly in the majors yet. A better bet might be David Hernandez, a smart kid with great stuff who needs to come up with another pitch to stick.

An iffy bullpen, one likely to be exposed during a grueling 35-game stretch to start the season, will do its part to keep that team ERA high. Orioles President Andy McPhail can be thanked for strengthening the southpaw side of the mound, signing free agents Mike Gonzales and Will Ohman, and re-signing Mark Hendrickson. But the starboard side is one big mess. Jim Johnson collapsed last year, presumably from the added stress of pitching late in games. (And we can’t, for the life of us, figure out why a guy with three plus pitches and one average one isn’t in the rotation. There’s no way Johnson is a career reliever.) Kam Mickolio is an oversized freak who throws heat. But he has yet to prove he can tame his delivery. Soft-tossing submariner Cla Meredith won’t scare anyone, and delicate Koji Uehara might just collect all $10 million of his two-year deal without ever throwing a meaningful inning. Recyclables like Matt Albers, Alfredo Simon, and Dennis Sarfate should be sent out with the day’s trash, and yet the O’s might be stuck relying on them to put out fires with Sterno. Look for early-season help from minor leaguers Jake Arrieta, Luis Lebron or Josh Perrault. They’ll need them.

The O’s appear set in that outfield, behind the plate, and at 2nd base—if Brian Roberts’ back doesn’t give out. Cesar Izturis is good enough at short, especially defensively. Let’s hope he steals some bases this year. A non steroids-related experiment involving Miguel Tejada, re-signed in the off-season as part of the Orioles’ unmatched (and inexplicable) commitment to signing its former players, tries the former All Star at third base. Even if he’s only adequate, he’ll improve one corner and add some ballast to a decent lineup. Garrett Atkins, picked up in a one-year free agent deal, will man first, though he’s likely only a stopgap until Brandon Snyder graduates from Triple-A Norfolk. Projected DH Luke Scott can take his high-K rate, no-field tendencies, and yahoo sensibilities elsewhere, as far as we’re concerned. He, Atkins and Izturis won’t strike fear into the hearts of opposing hurlers, or strike the baseball all that often, either.

A bench headed by Ty Wigginton is hardly inspiring, but is the least of the team’s problems. The lineup lacks one potent, established deep threat, the bullpen is a disaster waiting to happen, and guys like Matusz, Tillman, Hernandez, and Mickolio will have to take their lumps as they learn. At best, the team will flirt with .500 until its annual August dive.

McPhail uses the term “a work in progress”—a euphemism that tries the strained patience of O’s fans even further—to describe the slow-mo reversal of the franchise’s fortunes. At least he’s honest. The best we can hope for is that 2010 will be remembered as the start of something big. Finally.